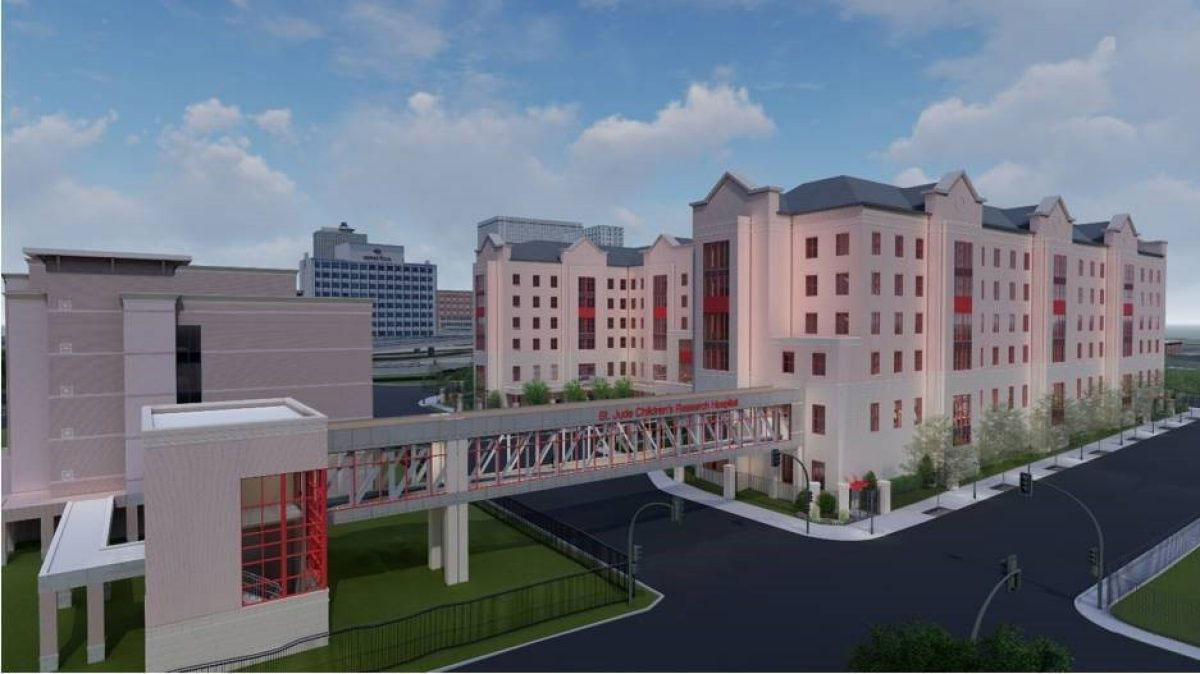 The new Domino’s Village will offer a home away from home for the families of children undergoing treatment at St. Jude Children’s Research Hospital in Memphis.

Domino’s is putting its famous name to work for a good cause: raising $100 million in the next 10 years to support Memphis, Tennessee-based St. Jude Children’s Research Hospital, a world-renowned medical facility for kids with life-threatening diseases and illnesses. It’s the largest commitment in St. Jude’s history, and, as a thank-you, the hospital will name its newest family-housing complex The Domino’s Village. Families of hospitalized kids will be able to stay in the facility, which will boast 140 fully furnished apartments. Domino’s named St. Jude its national charity partner in 2004 and has raised more than $68 million for the hospital, primarily through its annual St. Jude Thanks and Giving campaign. Customers can also round up their order total and donate the extra change to St. Jude when they purchase food on the Domino’s website. “The Domino’s Village will provide a home away from home for the thousands of kids and families who come to St. Jude from around the world,” said Richard Shadyac Jr., president and CEO of St. Jude’s fundraising arm. “They will forever be transformed by the generosity of Domino’s in their greatest time of need.”

Papa John’s On the Move to Atlanta

With sales and profits booming and new menu items like the Shaq-a-Roni and the Papadia creating buzz, Papa John’s plans to restructure its operations and open a second global headquarters in Atlanta while maintaining its current location in Louisville, Kentucky. “With strong momentum and our potential expanding every day, we are investing in capabilities for future innovation and global growth, improving efficiencies and better aligning our organization around the strategies that are driving our near- and long-term success,” said Rob Lynch, the chain’s president and CEO. “Metro Atlanta’s deep talent pool and its world-class airport—connecting us to the domestic and international markets that are key to our brand’s future—will accelerate our long-term growth.” According to Marvin Boakye, chief people and diversity officer for Papa John’s, the corporate changes “mark another milestone in Papa John’s ongoing transformation into a more innovative brand with a culture that is focused on diversity, inclusion and winning.”

Pizza Hut marketed a new value deal, called the Tastemaker, with a free calendar covering 680 days and featuring brand-themed artwork “inspired by the funniest, most absurd and overused calendar tropes…reimagined through the eyes of a pizza lover.” Launched in September, the Tastemaker deal offers a large pizza with three toppings for $10. Pizza Hut emphasized its selection of “more than 17 toppings,” which makes for a total of 680 topping combinations—or a different pizza every day for 680 days. Accordingly, the first 680 customers who ordered the deal for delivery were promised the free calendar, to be mailed separately to the delivery address at a later date. The limited-run calendar boasts eye-popping original artwork, “from an astronaut eating pizza floating in space…to a slice exploding with toppings radiating within the Northern Lights, to a delivery ‘driver’ riding alongside wild horses to his next destination.”

How do you get a new generation of customers hooked on Chuck E. Cheese’s pizza? Start ’em out young. At least, that seems to be the idea behind the chain’s Kindergarten Kickoff program offered this fall. The company, which has been going through Chapter 11 bankruptcy, provided free educational video resources and 30-minute “All You Can Play” cards to more than 70,000 students in 14 school districts in Atlanta, St. Louis and Orange County, Florida. The videos, described as “entertaining and enriching,” feature Chuck E. and his friends and cover topics from art tutorials and music exploration to silly songs and age-appropriate Spanish lessons. “As we’re planning to make sure our virtual learning is effective and our school buildings are safe, we also want to make sure the year feels special for our students, particularly those who are going to school for the very first time,” said Rachel Sprecher, the executive director of partnerships for Atlanta Public Schools. “Chuck E. Cheese has helped us deliver moments of fun and celebration, and we appreciate their commitment to our kids.”