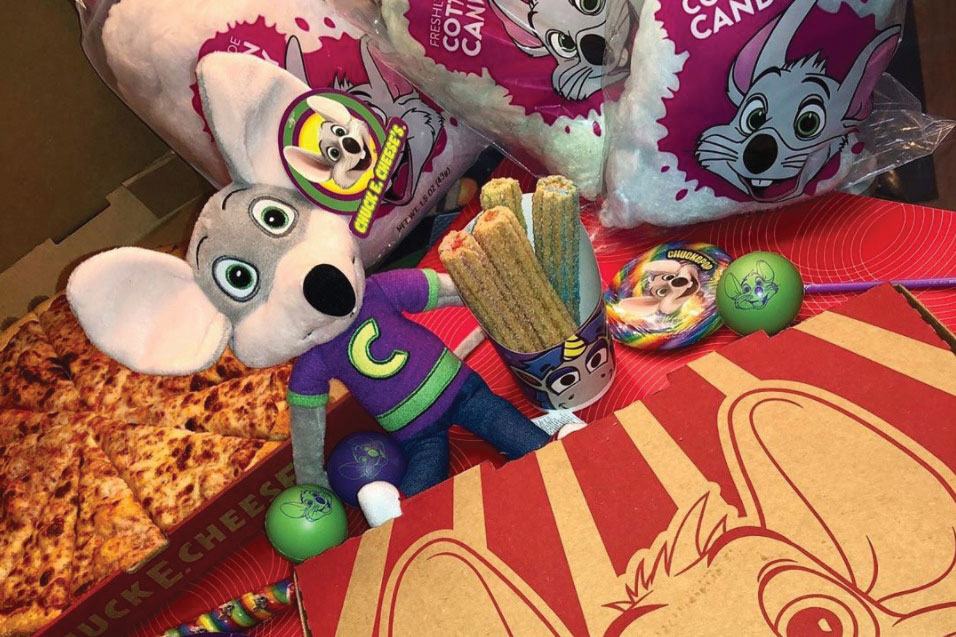 As Chapter 11 bankruptcy loomed for CEC Entertainment this spring, the parent company of Chuck E. Cheese adopted a secret identity, borrowing the name of the drummer in its animatronic Munch’s Make Believe Band for a delivery-only brand called Pasqually’s Pizza & Wings. The brand’s relationship to CEC was uncovered by a Reddit user in May, and CEC admitted to the media that it had quietly launched Pasqually’s nationwide, offering delivery through Grubhub. In late July, CEC announced it had inked a deal with third-party platform Postmates “to bring Pasqually’s Pizza & Wings directly to wherever you are.” Sherri Landry, CEC’s chief marketing officer, added, “We are extremely proud of what we’re building and the excitement that our guests have expressed for this new brand. The results we’ve seen thus far have been extremely encouraging, and CEC Entertainment has more in store for this delivery-only brand.” Pasqually’s shares kitchen space with Chuck E. Cheese locations and uses the same dough. “But it is a different pizza that features a thicker crust and extra sauce, giving consumers a more flavorful, more premium experience,” CEC said.

As the pandemic has put some independent pizzerias out of business nationwide, the once-struggling Papa John’s is doing better than ever these days. The company announced in July that it will add 10,000 more workers to meet ever-growing demand for its pizza delivery and carryout. It was Papa John’s second major hiring spree of 2020; the company added 20,000 employees at locations around the country back in March. Like rivals Domino’s and Pizza Hut, Papa John’s has seen a surge in sales since the pandemic began. It logged a 28% increase in North American same-store sales and a 5.2% rise internationally during the second quarter of 2020. May was also its “best sales period in company history,” with 26.9% same-store sales growth. All in all, 2020 has brought a remarkable turnaround for Papa John’s, now led by CEO Steve Ritchie; just two years ago, the chain, still reeling from scandals involving ousted founder John Schnatter, announced it was reducing royalties and other fees to help franchisees stay in business.

California Pizza Kitchen (CPK), headquartered in Playa Vista, California, became the latest major restaurant chain forced into Chapter 11 bankruptcy by the coronavirus pandemic. The company announced on July 30 that it had entered into a restructuring support agreement with lenders aimed at equitizing “the vast majority” of its long-term debt.

The filing will allow CPK “to close unprofitable locations, reduce its long-term debt load, and quickly emerge from bankruptcy as a much stronger company,” the company said in a press release. CPK expects to receive about $46.8 million in financing that will allow it to continue operating its stores, pay vendors and employees, and honor ongoing commitments to its stakeholders.

CEO Jim Hyatt called the filing “a step towards a stronger future for California Pizza Kitchen.” In a separate statement on the CPK website, he said, “We anticipate a short stay in Chapter 11 and expect to progress on an expedited timeline. Our goal is to complete the Chapter 11 process in under three months.”

Under private equity owner Golden Gate Capital, which bought the chain in 2011, CPK had been struggling with debt for some time prior to the pandemic. The Wall Street Journal reported in April that the company was looking into restructuring its debt to avoid a bankruptcy filing.

In July, California Governor Gavin Newsom ordered restaurants to close dine-in services across the state after a resurgence of the virus. Newsom had first suspended indoor dining in March, then allowed a phased-in reopening process that started in May. As the pandemic worsened, he ordered another dine-in shutdown in early July that covered 19 counties, including Los Angeles County, before expanding the order to cover the entire state.

CPK, which opened its first store in Beverly Hills, California, in 1985, was a pioneer of the California pizza style and now operates more than 250 restaurants around the country. As the pandemic worsened, the company rolled out CPK Market, an off-premise model that offers meal kits and pantry items like meats, fruits and vegetables. The company also temporarily closed more than 40 locations that were unable to pivot to the new model.