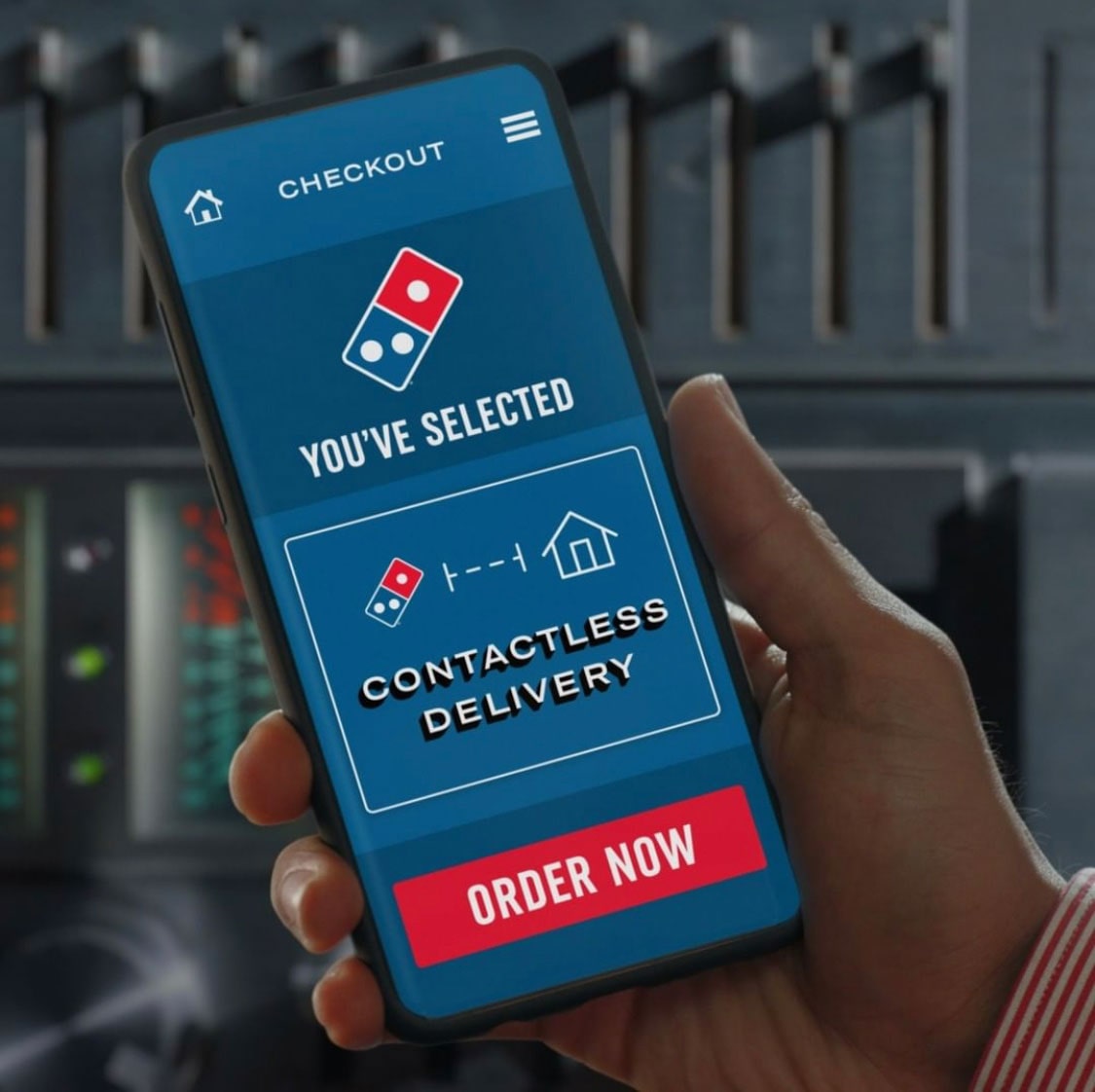 Technology continues to drive growth for Domino’s, which recorded more than $7 billion in domestic system-wide sales in 2020.

Domino’s Aims to Be “Dominant No. 1” Pizza Chain

Already the top pizza chain in the U.S. in terms of revenue—with nearly $7.1 billion in domestic system-wide sales last year—Domino’s aims to be “a dominant No. 1” in the coming years, CFO Stu Levy told QSR magazine. The company, which currently operates more than 6,200 stores, believes there’s room for a total of 8,000 Domino’s locations nationwide. In the fiscal year that ended November 2020, Domino’s held 22% of the country’s total quickservice pizza market, according to research firm NPD Group. In contrast, other major chains had a combined 30%, while regional chains and independents accounted for 48%. Domino’s also captured 36% of the U.S. pizza delivery market, compared to 27% for other major chains and 37% for regionals and independents. On the carryout side, Domino’s held 15% of the market, while the other major chains controlled 32%, and regionals and independents dominated with 52%. “If you look at market share leaders across a lot of industries…you’ve got a lot of companies that are much higher than [22% market share] when they are the leading player,” Levy told QSR. “So when we look at that, we say there’s [room for] growth out there.”

In what Pizza Hut described as its “biggest launch of 2021,” the chain rolled out a limited-time Detroit-style pizza special in late January. Pizza Hut offered four varieties of the famous Motor City style, including the Double Cheesy, layered with aged Parmesan and mozzarella; the Double Pepperoni, loaded with 32 regular slices and 48 slices of crispy, cupped pepperoni; the Meaty Deluxe, featuring bacon, Italian sausage and cupped pepperoni slices; and the Supremo, topped with Italian sausage, red onions and green bell peppers. All four pizzas feature a new vine-ripened tomato sauce. “Detroit-style is the fastest-growing trend in pizza,” said Pizza Hut chief brand officer David Graves in a virtual preview of the new offering. “It’s no longer a Midwest-only thing. As America’s iconic pizza company, when there’s a big trend, our customers expect us to bring those pizzas to the rest of America.” The Detroit-style launch was the second new LTO from Pizza Hut in two months; in December, the company rolled out its Triple Treat Box, a three-in-one deal featuring two medium pizzas, five breadsticks and 10 Cinnabon Mini Rolls in one box.

Mountain Mike’s Pizza, a West Coast pizza chain with more than 230 stores in California, Oregon and Utah, managed to log its best sales year ever in 2020, even with its dining rooms remaining closed for most of the year due to the pandemic. The company ended its fiscal year with system-wide sales up 13.3% and same-store sales up 7.3% over 2019. The company credited its success to the resilience of its franchisees, fan loyalty, and the underlying strength of its carryout and delivery business.

“Remarkably, this year we had a handful of franchised restaurants break the $2 million annual sales barrier for the first time in the brand’s history, with the average sales of our top 50% of restaurants achieving close to $1.2 million in annual sales,” said Mountain Mike’s CEO Chris Britt in a statement. “It really has been breathtaking to see the growth in restaurant count and sales that many of our franchisees have experienced over the past few years.”

Mountain Mike’s opened 15 new restaurants in 2020 and signed agreements to expand into new Western states, including a 60-plus unit development deal in Arizona and Utah. The company has 25 new locations planned for 2021.

Several factors contributed to the brand’s success in 2020, the company said, starting with growing digital orders by more than 120%. Digital orders reached nearly 40% of total orders by the year’s end. Credit also goes to a more flexible, data-driven and digital-focused marketing strategy, and quick implementation of contactless delivery, tamper-free packaging and other safety protocols at the outset of the pandemic. Additionally, Mountain Mike’s ramped up third-party delivery integration with new guest incentives and launched a Brand Reputation/Guest Relations Department. The department responded to 99% of all guest feedback submitted via email and telephone, leading to stronger guest engagement in all markets.

“It’s no secret that 2020 was a big year for pizza, but it became our goal early on to set a standard in the segment and lead by example, which meant allowing our values as a brand to guide us in every decision we made,” said Jim Metevier, Mountain Mike’s president and COO. “As a family-focused brand committed to the communities we serve, we went to work finding ways to bring added value and convenience to our guests while doing everything in our power to make them feel safe when choosing Mountain Mike’s Pizza. Equally committed to our franchise partners, we amped up communication to ensure they were informed and had the tools to pivot and continue running their business with confidence.”