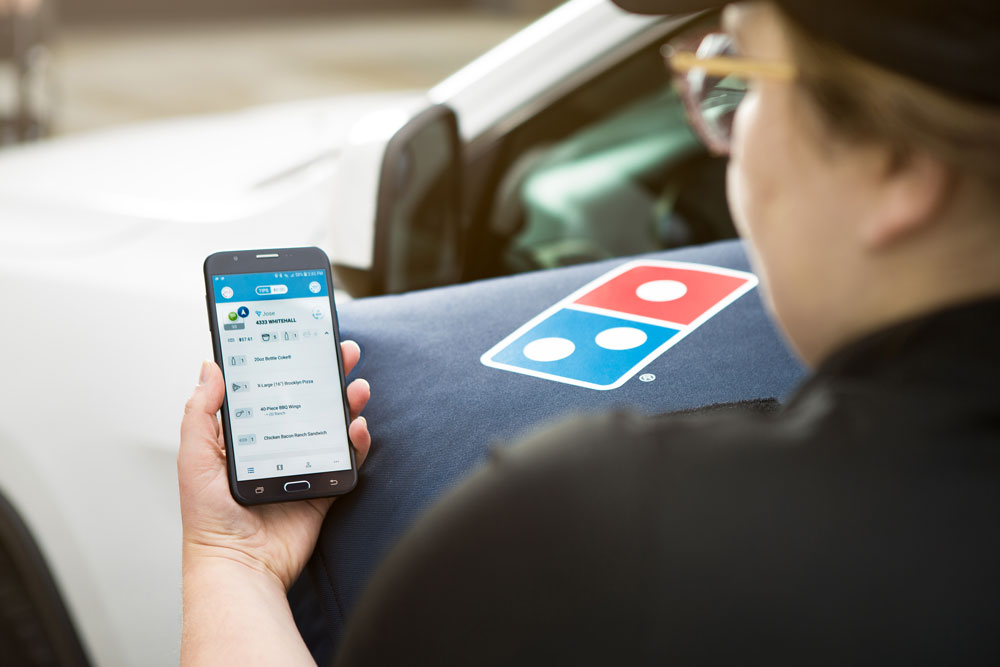 Domino’s order tracking technology is just one of the tools that has helped boost customer satisfaction.

Customer Satisfaction On the Rise for Two Top Pizza Chains

Domino’s and Pizza Hut have both seen rising same-store domestic sales in 2020, but that’s not the only good news for the two top chains. Customer satisfaction is also up for both companies, according to an American Customer Satisfaction Index (ACSI) study conducted from April 1 through September 30, 2020. Compared to the ACSI 2019-2020 Restaurant Report (which covered April 2019 through March 2020), Domino’s ACSI score rose by 1%, to a score of 80. That put Domino’s in the No. 2 spot among limited-service restaurants, trailing top-ranked Chik-fil-A. Pizza Hut fared even better, with a 3% ACSI jump, to a score of 79 and a tie for third place with fellow Yum! Brands franchise KFC. Papa John’s saw its score drop by 1%, to 77, while Little Caesars’ score also lost one point for a score of 75. Surprisingly, the ACSI study found that customer satisfaction with full-service restaurants increased by 1.3%, to an overall score of 80, despite dine-in shutdowns around the country. “Given the shutdowns and setbacks, it’s pretty remarkable that the restaurant industry was able to meet customer demand and, in many cases, go above and beyond,” says ACSI managing director David VanAmburg.

Many restaurant customers, rattled by the pandemic, said no way to buffets in 2020. Pizza Inn has responded by shifting to a new concept called the Right-Way Buffet. Starting in May, the Dallas-based chain began offering table service at some locations, while team members served guests cafeteria-style at other stores. Some stores kept the standard buffet bar but allowed only one-way traffic to adhere to social distancing guidelines. Every store has a dedicated “Sanitizer Captain” who’s responsible for enforcing heightened cleaning and sanitation standards. Many locations also began offering pay-at-the-table options to limit touch points for guests. For customers who are still leery of dine-in, Pizza Inn added a new Contactless Buffet-to-Go option, offering takeout meals sized to feed two to six people. Starting in late October, Pizza Inn also offered three value-priced meal deals for delivery or carryout. Each deal, ranging in cost from $12.99 to $32.99, featured half-pizzas (medium pizzas with up to two toppings on each side) and side items, such as garlic rolls, cheese bread, salads or Cinnamon Stromboli.