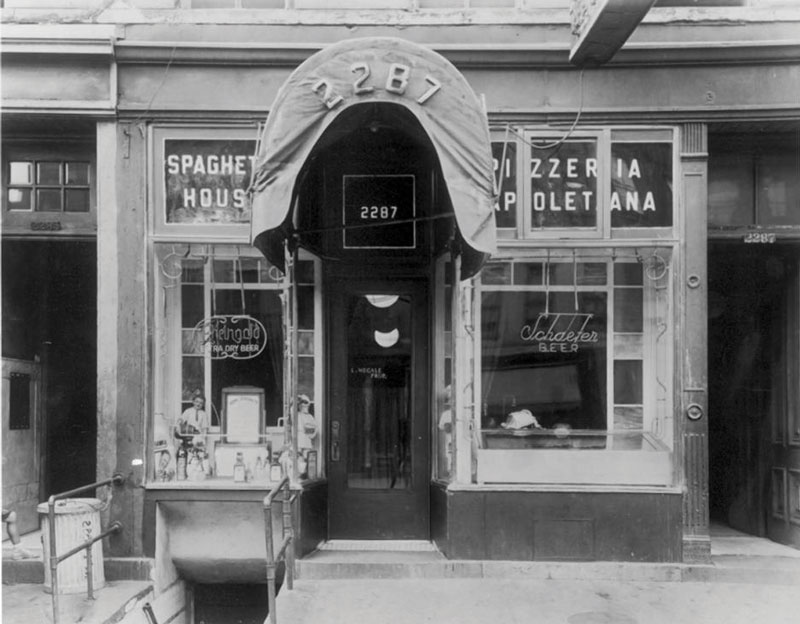 Even in a city known for pie-slinging royalty and decades-old pizzerias, Patsy’s Pizzeria (thepatsyspizza.com) remains a standout. Started in 1933 by Pasquale “Patsy” Lancieri and his wife, Carmella, as a simple pizzeria and clam bar in New York City’s Italian-dominated East Harlem, the concept immediately took off, thanks to its then-innovative concept of selling slices. The couple bought two adjacent buildings to keep up with demand and attracted a slew of celebs over the decades: Frank Sinatra, Joe DiMaggio and Dean Martin were regulars, while Francis Ford Coppola famously took a young Al Pacino and Robert DeNiro to soak up the Patsy’s atmosphere when gearing up for The Godfather. “We were the first pizzeria to sell by the slice and have always been a hotspot for celebrities,” notes Adem Brija, current owner of Patsy’s. “When people come to New York, this is still their first stop.”

Indeed, customers—from locals to tourists, construction workers to celebrity chefs, athletes and politicians—still flock to Patsy’s for piping-hot pies from the ’30s-era coal oven. Brija’s father, Frank, took over the business in 1991; Patsy had passed away in the ’70s, and Carmella was ready to retire and leave the increasingly crime-ridden area, so she sold the pizzeria to Frank, who had helped her out in the restaurant. Adem grew up in the business and took over the operations this year, as Frank concentrates on the franchising end. Fourteen Patsy’s locations have mushroomed across New York, while interested investors span the nation. “People worry that when you expand, you lose the authenticity, but no matter what else we do, this place will not change,” Adem promises. “We don’t concern ourselves with what everyone else is doing—we just stay the same.”

With the neighborhood once again on the upswing, floods of fans continue to make the pilgrimage to this bona-fide pizza destination. Adem believes that being organized and having a plan—while remaining flexible—has been key to the family’s success, along with consistency and staying true to what Patsy’s does best. “You have to pick an identity and stick with it. [Some] places try to do too many things now,” Adem says. “If you keep it simple, make a good pizza with fresh toppings, you can have a solid business. We tell our franchisees, follow the blueprint; our name will fill the place, but it’s your job to keep them coming back.”