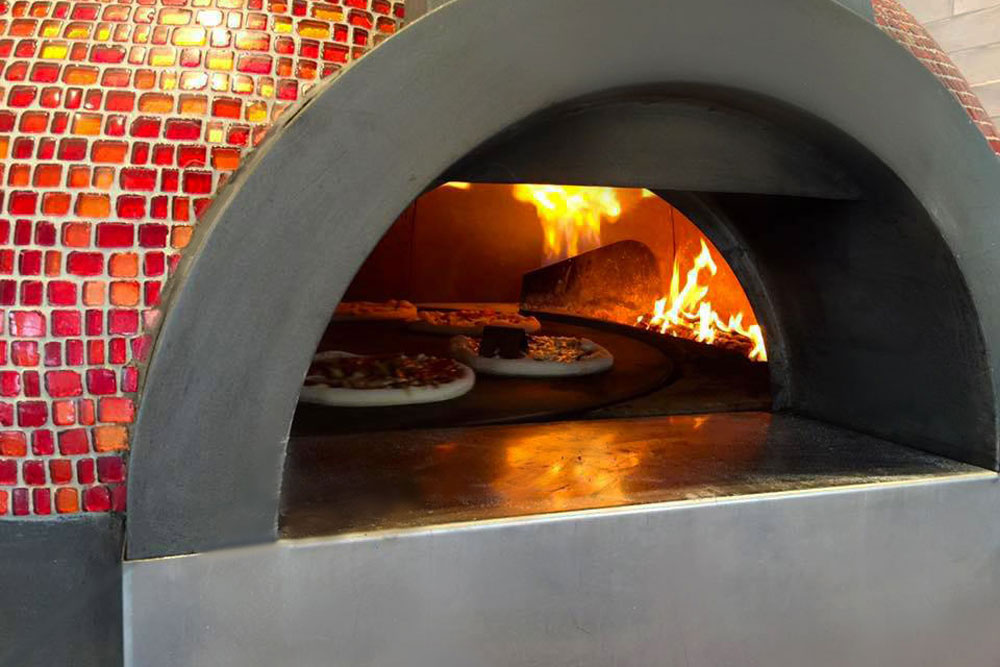 Just for a moment, put down this magazine and take a good look at your hands. Lift them up, stretch them out, turn them over a time or two. Do you see remnants of pizza flour? What about those scars from the time you grabbed a hot pan or missed a beat with your favorite knife? No matter how many tools are invented to help make your job easier, you already own the most important pizza making tools on the planet—everything else is just gravy.

Still, as a pizza maker, when you choose to take the leap and open your first, second or 10th pizzeria, one of the biggest financial considerations will involve equipment. While your two hands are essential to pizza making, you will need a few crucial tools if you expect to employ additional staff and serve a greater number of customers.

Ultimately, you’ll find that an oven, a mixer, reliable refrigeration, and a certain number of smallware items will suffice in your quest to create the perfect pizza. However, before laying out any capital, experts agree that you must first review your menu and concept.

Let Your Menu Be Your Guide

“The first step is always to identify what type of pizza you want to make,” says Brooklyn, New York-based international pizza consultant Anthony Falco, who is best known for his previous stint working the pizza oven at Roberta’s in Brooklyn. “The pizza style will determine a lot of the equipment you’re going to need, and the oven and mixer are the first two items that will really play into that.”

Glenn Cybulski, a Penngrove, California-based restaurateur, chef and consultant, agrees, adding that you need to dive even deeper, deciding, before you design the kitchen, if you’ll offer gluten-free items. “I look at the entire menu during kitchen planning, including if there will be gluten-free offerings that need a separate prep area in the kitchen,” says Cybulski. “The dough making aspect, especially if gluten-free pizza is involved, will affect the entire kitchen.”

Once you feel comfortable with your menu and the style of pizza you’ll be making, you can move forward with choosing an oven, mixer and other dough making tools. 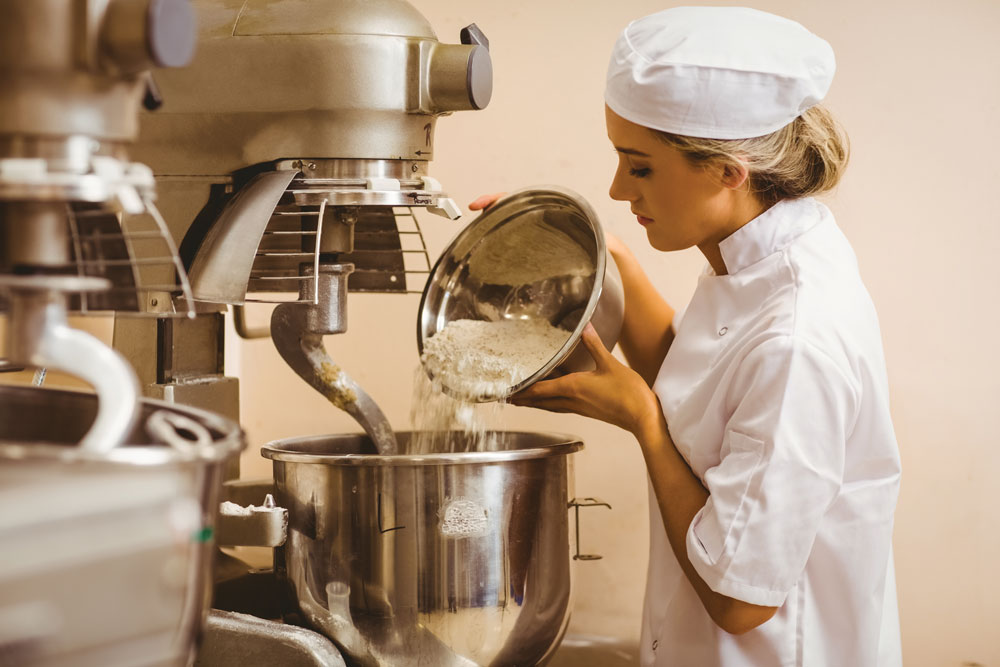 Mixers are available in several styles and load capacities ranging from 15 to 300 pounds; choosing the one that fits your concept will depend mostly on how many pizzas you plan to produce each week. Some main considerations include:

New or used. “Ultimately, new equipment is the best way to go; it has a warranty and dealer support if anything were to go wrong,” says Tim Green, pizza specialist at Newport Beach, California-based Synergy Restaurant Consultants. “Always look at refurbished and a warranty when buying a used mixer. Be certain it’s the make and model that you need. You are really taking a risk if your used mixer has not been refurbished.”

“Choose what you can afford,” advises Cybulski. “If it’s a used mixer, buy it from a reputable company, not from Sal down on the corner.”

Spiral or planetary. The most basic difference between planetary and spiral mixers is that one has a hook that moves around the bowl, while the other has a bowl that moves around the hook, according to Cybulski. “The tried-and-true planetary mixer has a mixing hook that runs around the bowl,” he says. “Spiral mixers have a spiral hook that doesn’t move, but the bowl moves around it. And a third type, also popular, are fork mixers. They look like a two-pronged fork with the bowl moving around the fork.” The whole idea behind the spiral mixer’s ability to have the bowl move instead of the hook, according to Cybulski, is to create less friction and less heat—the enemy of dough production. “It’s a control issue,” he says. “You want to keep the temperature at a certain level so that the dough doesn’t overreact too soon.”

“Planetary mixers are widely used in bakeries and restaurants for their versatility, allowing the use of a variety of attachments—not only for mixing, but for food prep, such as shredding, slicing and grinding,” Green adds. And while Green says he feels there’s very little difference between the finished dough when comparing the two styles of mixers, with planetary mixers, he prefers models with a dough hook that’s designed to keep the dough at the bottom of the bowl, without dough riding up the hook.

Spiral mixers are more expensive than planetary mixers, but Falco says it is possible to find a reliable used one. “If you’re in a big market, like New York, you can get a good used spiral mixer, which imparts less heat than a planetary mixer.” While Falco says he’s a fan of fork mixers, which are smaller and easier to clean, he also reminds operators to think about how many other tasks they’ll be relegating to their mixers. If you need a multifunctional mixer that can also shred cheese, whip cream and extrude pasta, a planetary mixer may be your best bet.

Size matters. Bigger isn’t always better, especially when it comes to mixers. Green suggests a 40-quart mixer for several reasons. “I prefer to make smaller batches of dough; not only is a smaller batch easier to handle, but you are more consistent in your dough production,” Green explains. “Also consider that larger mixers often require three-phase electric; if it is not already in your building, it will take additional permitting to bring it in.” 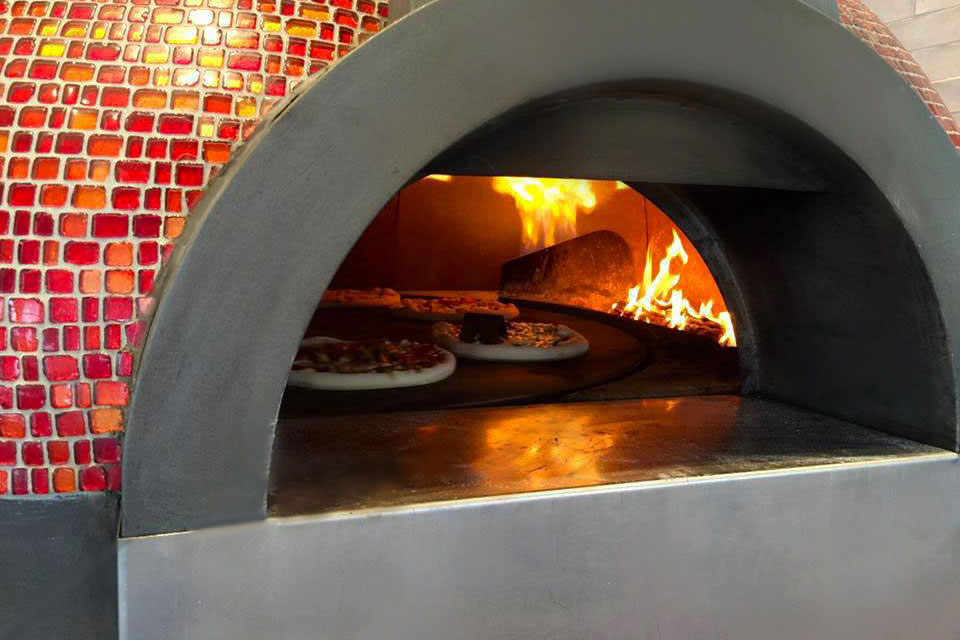 There are many factors that go into selecting the pizza oven that’s right for your pizzeria, but two of the top questions you need to answer are:

What type of pizza will you serve? For example, Neapolitan pizza requires a wood-burning oven, while New York-style slices bake better in a deck oven.

How skilled in pizza making is my staff? Conveyor and impinger ovens are the simplest of ovens to operate, while deck ovens take a bit more skill, and wood-fired are the most difficult to learn.

Your oven and mixer will be the workhorses of your kitchen. Don’t skimp on these two pieces of equipment. Get what you need and want from the beginning, and they should last you for years to come.

There are dozens of pizza peel styles to choose from, but, again, the peel you need will be determined by your type of pizza, Falco says. “With New York-style pizza, you’ll build the pizza on a wooden peel before sliding it into a deck oven,” says Falco. “Then you use a metal peel to move it around.” For wood-fired pizzas, Falco says peels geared toward wood-fired ovens may have a perforated metal surface that allows the flour to shake off of the bottom. Once you know the style of pizza you’ll be making, talk with your supplier and fellow pizza makers about the type of peel that will work best. 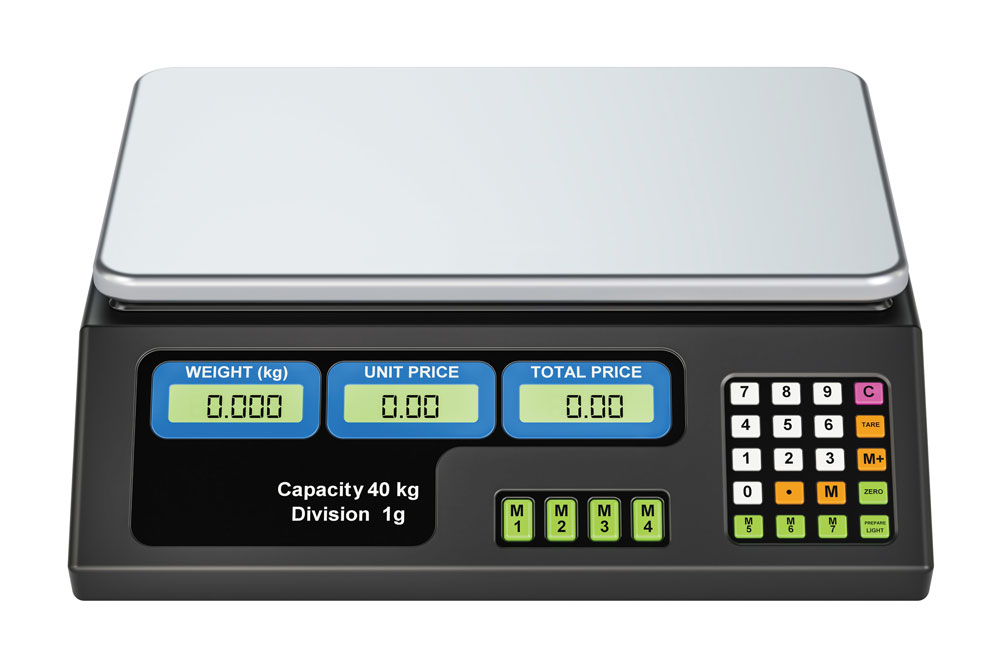 Your smallwares are some of the most important tools in your kitchen. From scales to knives to dough scrapers, you and your staff will use these tools every day. Cybulski lists the following dough making smallware essentials: A speed rack for your dough trays; a high-quality scale that has three decimal points, because you’ll be weighing dough in ounces or grams (Cybulski recommends a scale with a foot pedal that allows hands-free zeroing out for saving time in the kitchen); whisks and proper measuring tools; dough scrapers; a reach-in or under-counter refrigerator; quart-size containers; and probe and infrared thermometers. 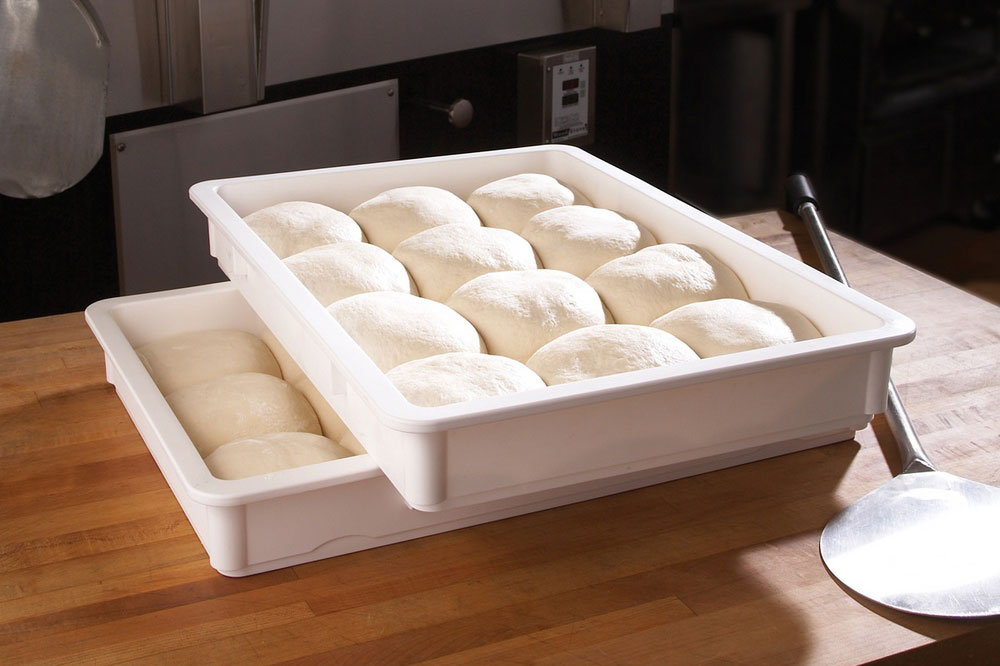 To Box or Not to Box

Unless you’re baking your dough immediately after mixing it, you’ll need to think about dough storage, too. Dough trays, storage and quality refrigeration are all a part of dough production.

“I believe dough boxes come down to preference, unless you’re talking about specific styles and authenticity, such as how Neapolitan dough is supposed to be proofed in dough boxes made of a certain kind of wood,” says Cybulski. “I tend to like the fiberglass dough boxes, because, unlike plastic dough boxes, the fiberglass ones don’t warp, and they stay true to their fit size. The less air flow, the better.”

Falco likes fiberglass, too, but prefers trays over boxes. “I don’t like dough boxes; they’re expensive, they take up a lot of space, and it’s hard to check on your dough,” he says. “I prefer to use a fiberglass sheet tray for dough balls. I cover the dough balls with foodservice plastic wrap. They’re cheaper and take up less space, and I feel like I have more control over when I retard my dough.”

All that dough needs to go somewhere, and therefore Falco says operators must find good refrigeration. “There are just some things I would not recommend cheaping out on,” Falco says. “The mixer would be one, and refrigeration is the other. It’s OK to buy a high-quality used mixer, but it’s not worth it to buy cheap refrigeration. Spending the money up front will make your life a lot easier down the road.” 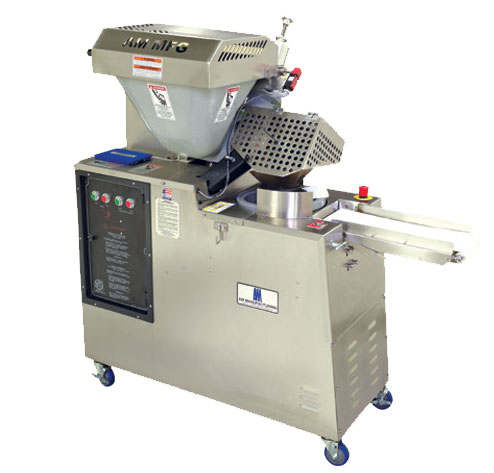 Equipment that helps speed up dough production makes the most sense in large-scale operations and franchises, and won’t necessarily work for all doughs, such as those that are extremely wet. Experts agree that for a small operation, tools such as sheeters, rounders and divider rounders are probably not necessary, or even suggested. However, if you have a high-volume operation, they can speed up your processes. “Time is money these days,” says Cybulski. “I hate automation and taking away jobs, but this is also a business, and we need to make money, so I think a divider rounder is essential if you have a high-traffic, high-volume pizzeria.”

Green suggests considering a rounder if you’re producing more than 200 dough balls per day. “Understanding that when you are using a dough rounder you still need to cut and weigh your dough, as a startup piece of equipment, they save a lot of time in training of your staff,” he says. “Rolling dough by hand does take time to train, and even after the skill is learned, rolling with a machine takes less time than rolling by hand.”

With a divider rounder, Green says, after you modify them to work with your dough, you can simply toss batches of dough into the machine and the dough will be weighed, cut and rolled. “The initial cost of these machines is pretty high, but they will save you a lot of labor dollars in training and daily production,” he says. “But don’t forget that these machines, as well as dough rounders, have small parts that need to be removed daily for cleaning. Always be sure to have a system to manage these parts and pieces.”

For the new owner, the less tools, the better, according to Falco. “If you’re just starting out, you want to be as hands-on as possible to understand your art,” he says.

In the end, no matter how many tools you have in your arsenal, it’s your two hands and your experience that will get you through when the mixer breaks down, the staff calls in sick and the phone is ringing off the hook. If you’re lucky, those times will be few and far between.