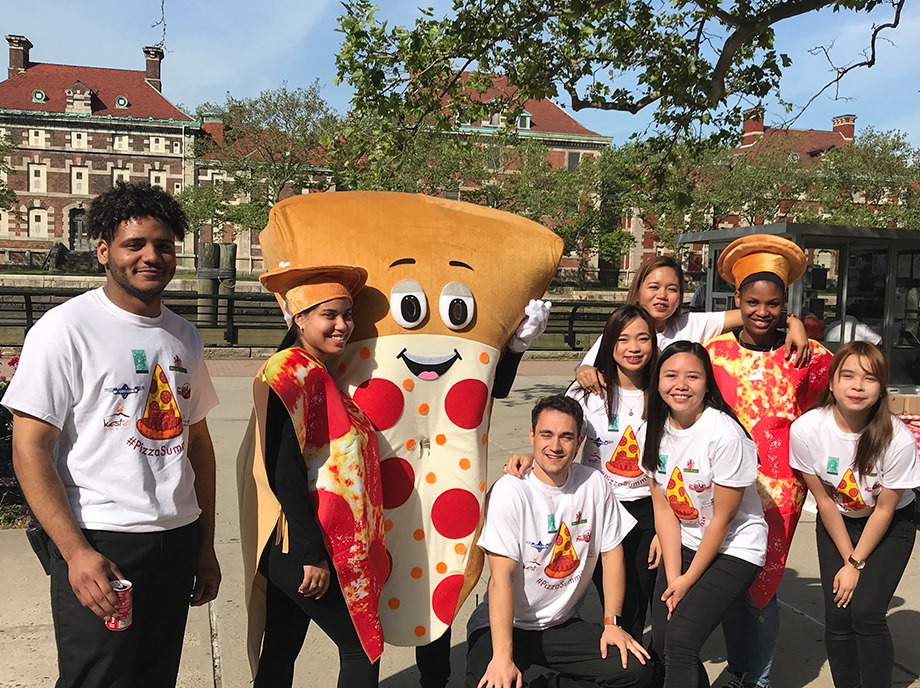 The National Park Service and Evelyn Hill Inc., the food service concessionaire at the Statue of Liberty since 1931 and Ellis Island since 2009, cooked up a way to celebrate pizza. The organizations invited five purveyors of one of America’s favorite foods to share their crusty craftsmanship and their founder’s immigration stories with a temporary exhibit in the Ellis Island National Museum of Immigration.

Those five pizzerias are Johnny’s, Kesté, Nellie’s Place, NY Pizza Suprema, and Posa Posa. As part of the pop-up exhibit in front of the Ellis Island National Museum of Immigration, they served slices of free pizza to visitors coming off the ferry on June 12.

The museum will trace the immigration stories of these five pizzerias and their impact on American cuisine. The pizza was invented in 17th century Naples and Italian immigrants brought it to America in the late 19th century at Ellis Island. From there pizza spread throughout New York, to Chicago, and to Seattle. Now, Americans consume more than three billion pizzas a year.

“This is our third year of doing a food exhibit tied to family immigration stories,” said Bob Uffer, Chief Operating Officer of Evelyn Hill Inc. “I love how people’s faces light up as they come off the ferries and are surprised to be offered a slice of pizza. We’ve placed the exhibit at the entrance to our café so our visitors get a slice of history and enjoy one of the world’s favorite foods. That’s a win-win.”

The exhibit will run until October.