Should I Add Eggs to My Pizza Dough? - PMQ Pizza Magazine 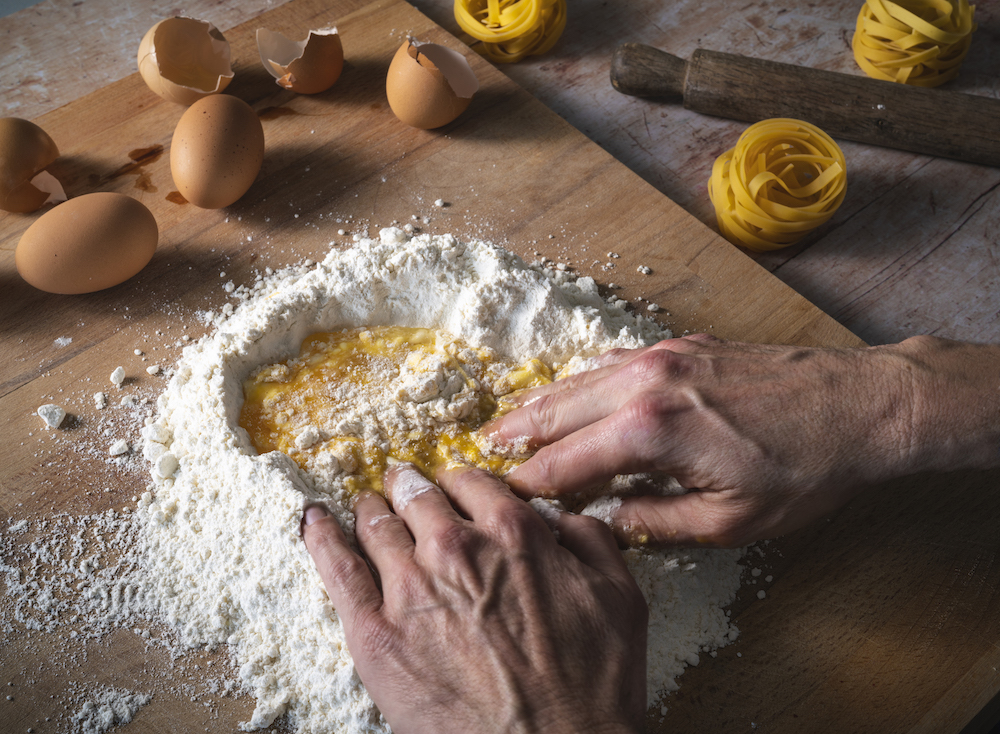 Related: How to achieve the right dough temperature for your pizza

Q: From time to time I hear about eggs being added to the pizza dough. What is the benefit?

A: Eggs, as either whole eggs or as egg whites, have been added to pizza dough for many years and for different reasons. Whole eggs can be added to the dough to provide better browning characteristics to the dough. To some extent, they also provide a richer flavor. Egg whites have been added to improve the crispiness of the baked crust. In this regard, both perform well. However, there are some drawbacks to their use, which might cause you to reconsider this option before running out and buying a case of eggs.

It is true that adding six large whole eggs (about 13.5 ounces) to 40 to 50 pounds of flour will improve the color of the baked pizzas to some extent, and the same can be said for the flavor. It will be slightly richer tasting, but this will be lost due to the overpowering flavors commonly used in making our pizzas. All things being equal, the crust color will be a little darker, but it’s difficult to justify the cost of eggs as a browning agent when sugar and whey (the dairy component) can be bought at a much lower cost.

The addition of egg whites for a crispier crust has been common for many years, and, to a great extent, it is effective. But again, it carries with it a pretty hefty cost. Typically, 2 percent egg white has been added to the dough to improve crispiness. This equates to one-pound per 50 pounds of flour in the dough. In most cases, we have found that the overall crispiness of a crust can be improved upon by simply allowing the pizza to bake a minute or so longer (a very low-cost option).

Lastly, there is a major safety concern that must be addressed if you elect to use fresh eggs. It is much safer, from a food safety standpoint, to use pasteurized, frozen-egg products. But, even then, certain precautions must still be followed to prevent any possible contamination of our pizzas or other products through cross-contamination.

This article from the late Tom Lehmann originally appeared in the September 2004 issue of PMQ Pizza Magazine. Before he passed away in late 2020, Lehmann was a regular contributor to PMQ, a leading industry consultant and the longtime director of bakery assistance for the American Institute of Baking (AIB).