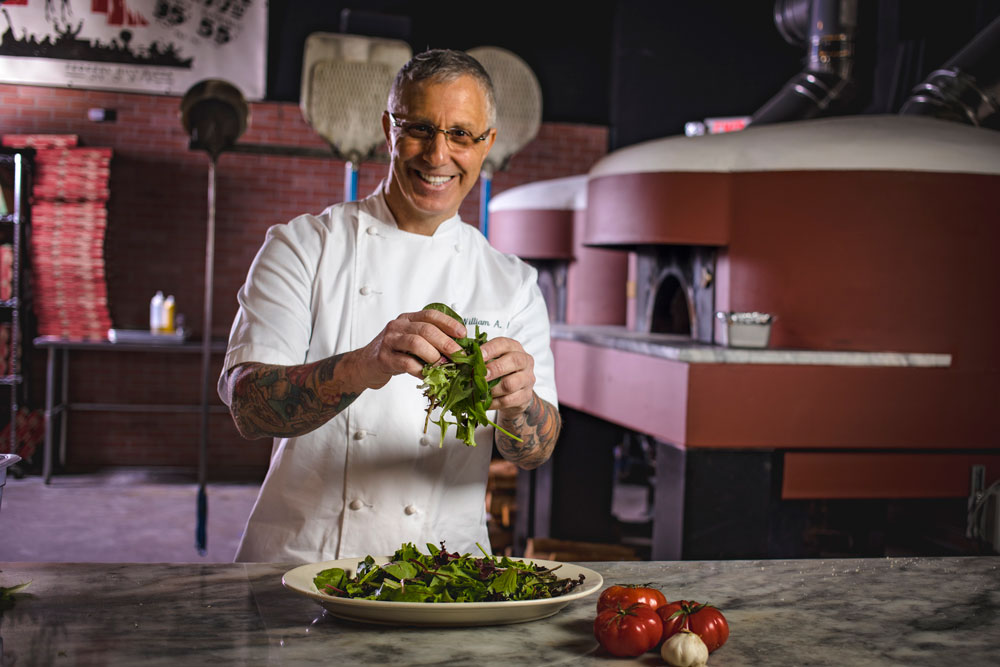 Ladies and gentlemen, get ready for a rant. And I don’t want to hear any of that “OK, Boomer” nonsense. You need to hear this. Imagine that you’re looking for an investor for a new pizzeria location. You’re meeting with two prospects at an industry trade show and have reserved two separate hours in a conference room.

Prospect No. 1 shows up 10 minutes late. He’s wearing skateboarding shorts and a washed-out company T-shirt that’s a few sizes too big. His Vans sneakers are so dirty, they look like they’ve been stomping grapes, and there’s still dough under the guy’s fingernails. He has no briefcase, just a backpack left over from college. He hands you a laminated business card and brags that he’s the perfect partner for you because he owns five locations in the industry that are doing “well,” he knows “tons” of people, and he would love to work with you. This is his seventh time at the trade show.

Prospect No. 2 shows up early. He’s wearing pressed khaki pants, suede Derby shoes, a sport coat and a clean, white button-down shirt with the top button open and no tie. He’s carrying a laptop case with a bound prospectus of his business plan—with a copy for you, too. He has worked in the pizza industry for years and says he’s a hard worker—working his way up at his current employer—but hasn’t owned a restaurant. He has been saving his money, is ready to invest, and would love to work with you. This is his first time at the show.

We are a dominant, powerful group. But we don’t respect ourselves. And we need to. Because it reflects poorly on our industry.

Now, be honest: Who are you likely to schedule a second meeting with? I’d pick Prospect No. 2 in a heartbeat. Why? Based on Prospect No. 1’s appearance, I’d be highly skeptical of his claims. I’d wonder how his restaurants could be doing “well” if he can’t even run his own closet. I’d wonder about these “tons” of people he knows, whom he probably met in a mosh pit at a Green Day concert. Prospect No. 2 may be greener, but he clearly takes pride in his appearance and his demeanor, he’s prepared, and he’s showing initiative. All of that goes a long way in business.

I know it may not be politically correct to judge a book by its cover, but sometimes that’s all you’ve got to go on. As they say, you don’t get a second chance to make a first impression.

I bring this up because I’m appalled by what I’m seeing in our industry. Adult men and women, who are supposedly successful and own multiple restaurants, are walking around the trade shows looking like kids about to tackle the nearest half-pipe. Promo T-shirts. Skateboarding shorts. Vans sneakers. That’s a really bad visualization of the respect that you should have for yourself and the brand that you’re supposedly representing.

Adult men and women, who are supposedly successful and own multiple restaurants, are walking around the trade shows looking like kids about to tackle the nearest half-pipe.

“Why is it like this?” I ask myself. There’s a lot of talk nowadays about the casualization of the workplace—you know, casual Fridays and all that. But I think it’s more than that. I think people in this business have a poor attitude about their appearance. And I have a theory why.

In Italy, for example, pizzeria owners look classy. They dress like they have self-respect and dignity—because they do. Most of them wanted to be a pizza maker or pizzaiolo since they were kids. In the United States’ pizza industry, we don’t have that. I come across mostly two types of people: 1) those who lost their job and really don’t know what else to do, or 2) those who are retired and wanted to do something interesting with their 401(k). In other words, a pizzeria was not their first choice of business. Maybe that has something to do with why they look like vagrants most of the time. I don’t know. But I don’t care. And I don’t like it.

You gotta look respectable for the industry that you represent and that represents you. I’m not saying you need a personal designer making your clothes for you—you don’t have to wear a three-piece Isaia suit—but when you go to trade shows, do public speaking and have meetings, you need to dress to impress.

Come on, guys. Step up. You’re representing one of the biggest industries in the world. Did you know that American pizzerias use almost 75% of the cheese manufactured in the U.S.? We are a dominant, powerful group. But we don’t respect ourselves. And we need to. Because it reflects poorly on our industry.

The pizza industry has become the Rodney Dangerfield of the restaurant business: We get no respect. We’re considered a bunch of hacks who do late-night pizza—or drunk pizza—and, from what I see, I can’t blame people for looking at us this way.

If your employees see you acting and dressing unprofessionally, they’re not going to take care of themselves, either.

People have an outward visualization of what success is. The days of wearing “dress shoes” and a tie may be gone, but if you’re a businessperson or entrepreneur, you should have some form of style to separate yourself and look professional.

At industry events: Would it kill you to put on a button-down? Or a sport coat? Remember, no sneakers. No T-shirts. No shorts. (If it’s hot, at least wear linen or cotton, and you’ll survive.) Run a comb through your hair. Wash your hands. Brush your teeth. Pretend you’re going on a date.

At your pizzeria(s): Whatever you want to wear is fine, but make sure it’s neat and clean. Don’t walk around with an apron that has sauce all over it. If your employees see you acting and dressing unprofessionally, they’re not going to take care of themselves, either. They take their cues from you. Professionalism starts from the top down.

Listen, I get that I’m a very odd duck in this industry. I wanted to be in the pizza business. I adore what I do, because it’s fun. And I don’t expect anyone to dress the way I dress. I have stuff made for me in Italy (partly because I’m only 5’5”, and it’s difficult to find clothes off the rack). But I’m very aware of the way I should look and truly believe that the way I present myself has given me the opportunities that I’ve gotten.

It’s only when pizzeria owners can view themselves in a more positive light and respect themselves that we can dig ourselves out of this bad reputation. Or maybe it has to happen the other way around.

Either way, as far as I’m concerned, no shirt, no shoes, no success. I may be a Boomer, but I ain’t wrong.