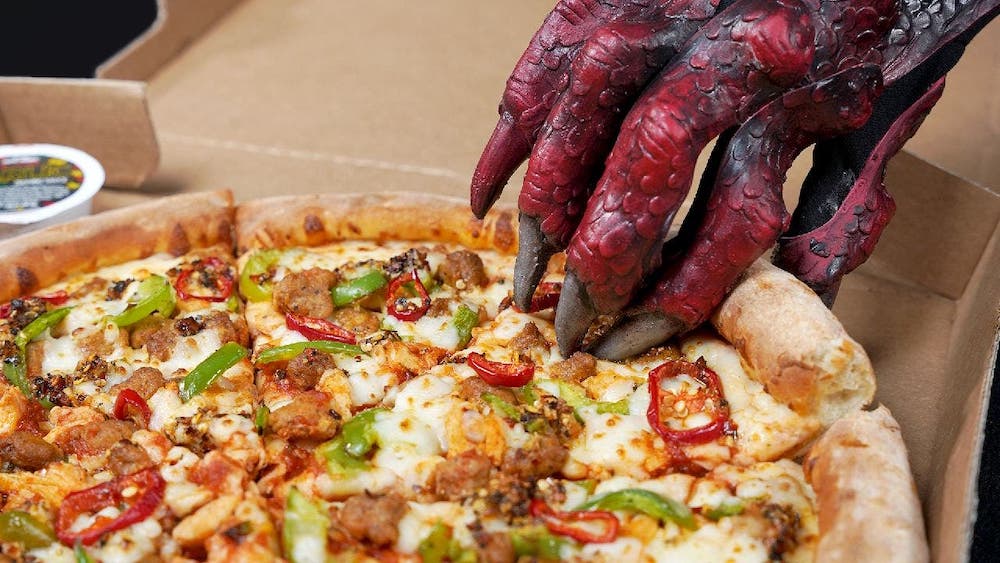 There’s no escaping the hype for the new “Game of Thrones” prequel that debuted Sunday night on HBO Max. Even Papa Johns has gotten into the act with the Dragon Flame Pizza, which debuted on August 21 at a spot near Orlando that couldn’t have a better name: King’s Landing Park.

Papa Johns offered the “fantasy-inspired pizza” at a pop-up in the park, located in Apopka, Florida, from 11 a.m. to 3 p.m. on Sunday. Fortunately, Apopka survived the promo—no fire-breathing dragons swooped in to wipe out King’s Landing this time.

Then, again, there doesn’t appear to be an official tie-in with the new TV series, “House of the Dragon.” But the new pizza is as spicy as Tyrion Lannister’s love life used to be—that is, before he discovered his girlfriend in his own father’s bed and killed them both.

Will the pie be added to Papa Johns’ menu anytime soon? The chain isn’t saying that, but fans were invited to tweet @PapaJohns with their suggestions for the next city to offer the Dragon Flame Pizza this fall.