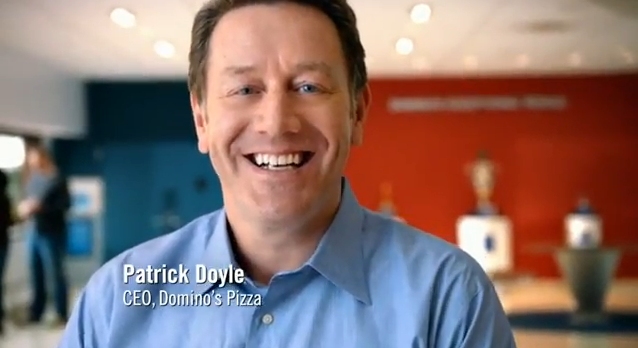 Domino’s CEO Patrick Doyle engineered a turnaround of epic proportions for a chain once known for its mediocre but convenient pizza, and data analytics—including strong-arming Facebook to get better information—was a huge part of his strategy, he recently told students at the University of Michigan.

According to the Michigan Daily, Doyle, a UM graduate, took part in the university’s Economics at Work lecture series last week. He said the company followed a three-pronged strategy for success: Crafting better-tasting pizza, improving customer convenience and developing a data analytics system.

Once the company improved its recipe—and even publicly admitted in a 2009 video that its pizza had sucked for years—Domino’s also redesigned its stores and focused on convenience of location.

“People will not walk past five other pizza places to pick up a pizza,” Doyle told the UM students. “I don’t care how good your pizza is. Convenience starts to override the quality of the food. Basically, people will not go more than a mile to pick up their pizza. For the most part, they won’t go more than half a mile. This means we have to have more stores.”

Above all, the company scrutinized customer data, Doyle said, and used social media to track customers’ purchasing habits while also promoting their food. To get the data they needed, Domino’s played hard-ball in negotiations with Facebook. “We had to get very aggressive with [Facebook] and say, ‘Unless you let us run tests on your site and track people all the way through the site, we will not buy advertising.’ … I think we spend $20 to $30 million with them.”