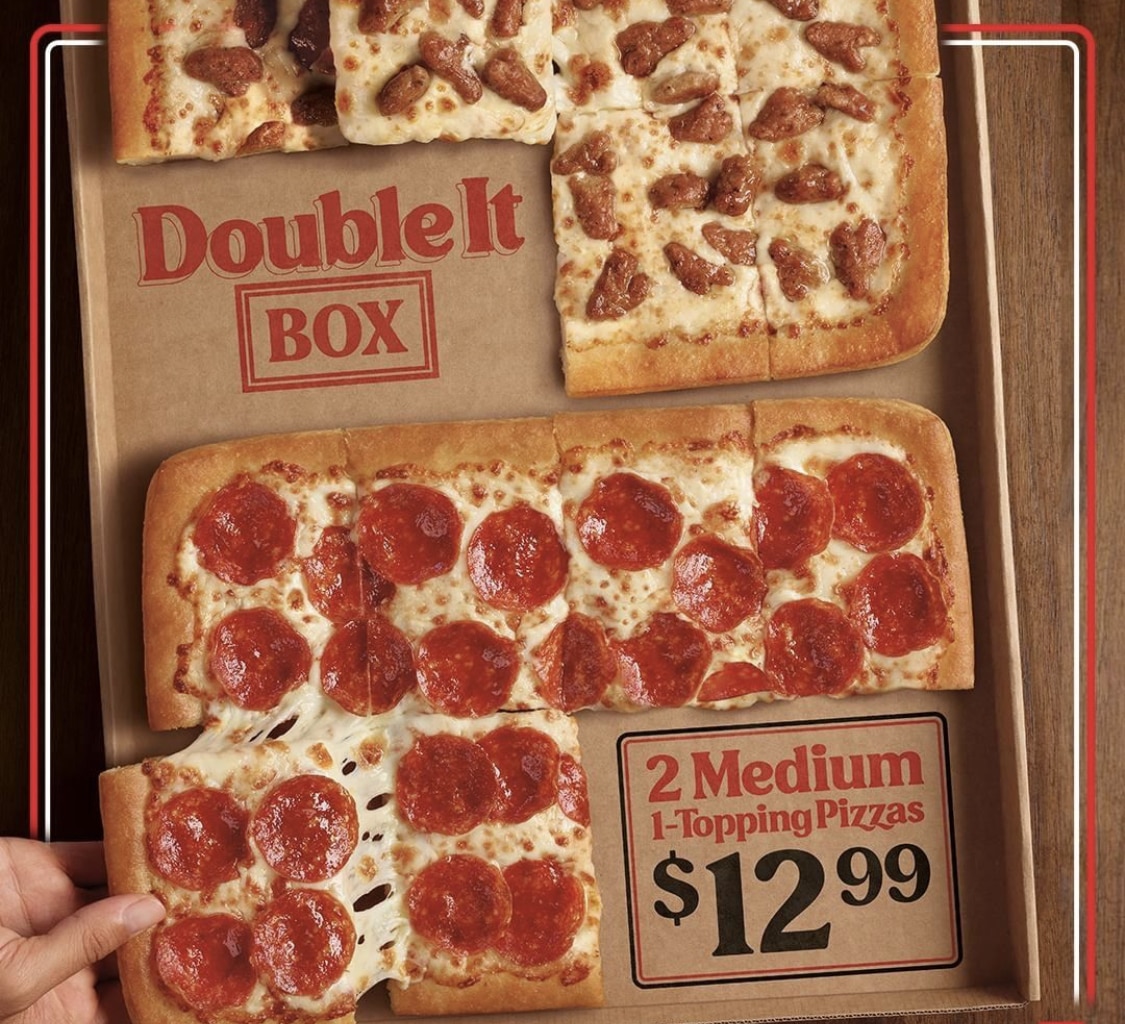 The new Double It Box special from Pizza Hut offers two medium-sized pizzas in one box.

Pizza Hut is doubling down on its value-based specials in August—and hopes to resolve the classic argument of what kind of pizza to order in the process.

The Plano, Texas-based megachain announced a new offering called the Double It Box, which offers two pizzas in the same box. For its debut, Pizza Hut is offering a Double It Box with two medium-sized, one-topping pizzas for $12.99. The value equates to less than $1 a slice, the company noted in a press release. Meanwhile, families, office colleagues and roommates no longer have to bicker over which toppings they want on their carryout or delivery pie.

Customers can also order a Double It special with a one-topping pizza and a specialty pizza for $15.99 or two specialty pizzas in the same box for $18.99. Prices vary according to location.

“We get it—the whole family is home now more than usual, trying to navigate the new normal,” said Pizza Hut Chief Marketing Officer George Felix. “Even when you decide that it’s pizza night, the negotiations on toppings can be fierce. ”

“With the new Double It Box, there’s no compromise needed—a pizza for the kids and a pizza for the parents, so everyone at the table has the power to choose the topping they want for less than one dollar a slice,” Felix added.

The Double It Box is now available at Pizza Huts nationwide via contactless delivery, carryout or curbside pickup.

Pizza Hut also said it has fulfilled more than 20 million contactless digital orders since the pandemic started in March and added “several million” new customers to its loyalty program.