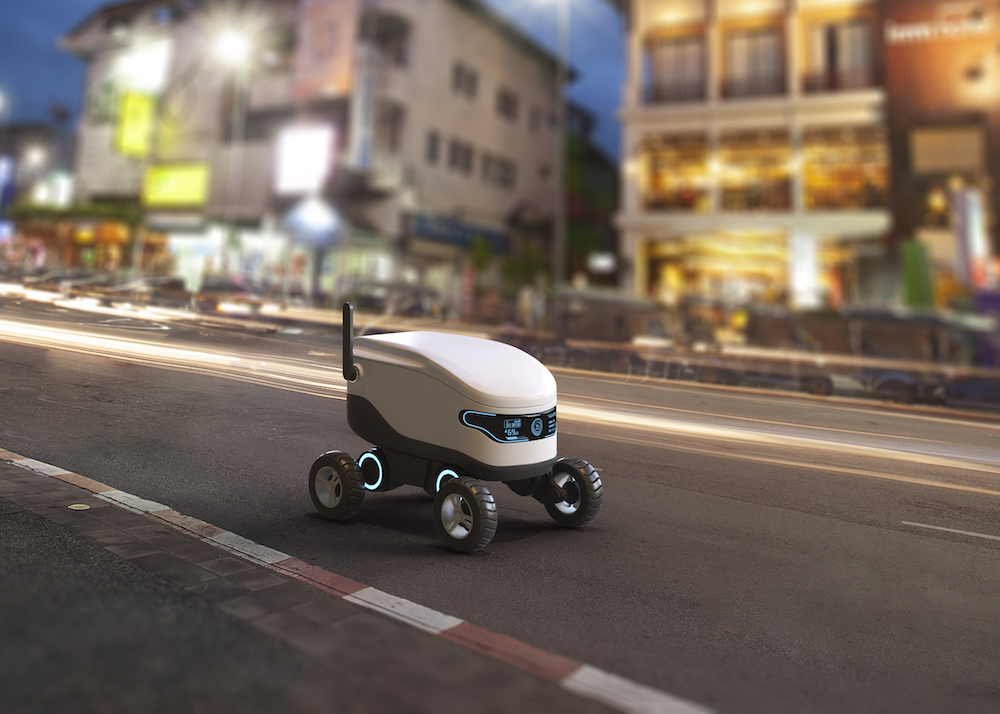 Development of self-driving delivery robots is shifting into high gear.

Third-party delivery giant DoorDash is looking to build its own pizza delivery robots with a new division called DoorDash Labs and a pair of patents that were approved by the federal government last fall.

DoorDash filed two patents (US D931,756 S and US D932,368 S) for a self-driving delivery vehicle in May 2019 and received approval in September and October last year, according to The Robot Report.

In November 2021, DoorDash introduced DoorDash Labs, focused on “building automation and robotics solutions to shape the future of last-mile logistics.”

The patent illustrations depict small, compact delivery bots mounted on four wheels. Written in dense and mind-numbing legalese typical of a patent application, one of the patents describes the vehicle as being able to carry up to three 22-inch pizza boxes. It would be equipped with a system of sensors to navigate along roads, sidewalks, pedestrian walkways and bicycle lanes and could reach a speed up to 25 m.p.h. 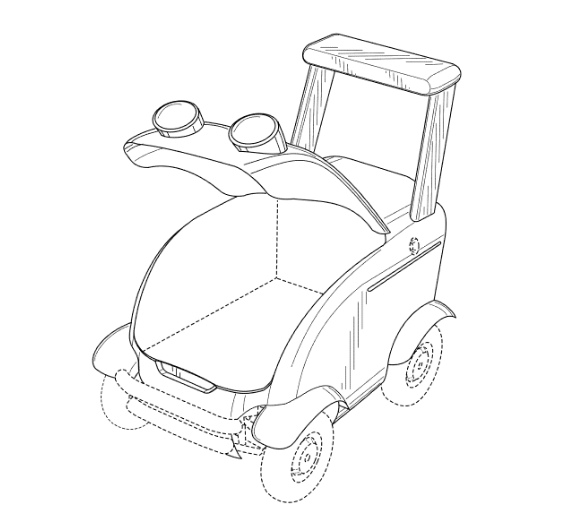 According to one of the patents, the vehicle/bot could also be configured “to communicate a message” to the customer with graphics such as “a hand symbol, a thumbs up, a happy face, a sad face, a wave and/or another such signal.” One hand symbol might indicate to a person near the vehicle to “stop,” while another symbol might indicate “go,” as in allowing another person to cross a crosswalk.

Related: Pizza-making robots do it all in this Paris pizzeria

DoorDash has worked with other robotics companies in the past to test food delivery robots, including Starship Technologies and Marble Robot. In 2021, DoorDash acquired Chowbotics, known for its salad-making robot called Sally.

In a post on the DoorDash Labs site, Stanley Tang, co-founder and chief product officer, and Harrison Shih, director and head of product, suggested the bots would support human delivery employees (called Dashers) rather than displace them.

“Dashers do a number of tasks during each delivery, and driving or biking is only one part of that,” Tang and Shih wrote. “Similar to how the introduction of ATM machines enabled bank tellers to focus on a wider variety of tasks—and created expanded job opportunities across the banking industry—we believe that integrating robotics within the delivery process can support Dashers in unlocking new efficiencies. For example, in automating the middle mile, we could reduce the individual effort for each delivery, which we anticipate could enable Dashers to fulfill more orders in the same time period and potentially earn more, more quickly.”

“Our goal is to facilitate automation across the most repetitive part of delivery and ensure the best experience for Dashers,” Tang and Shih continued. “With this technology, we see a world where Dashers could deliver more efficiently, and where we could fulfill more orders for merchants—ultimately improving the DoorDash experience for all.”