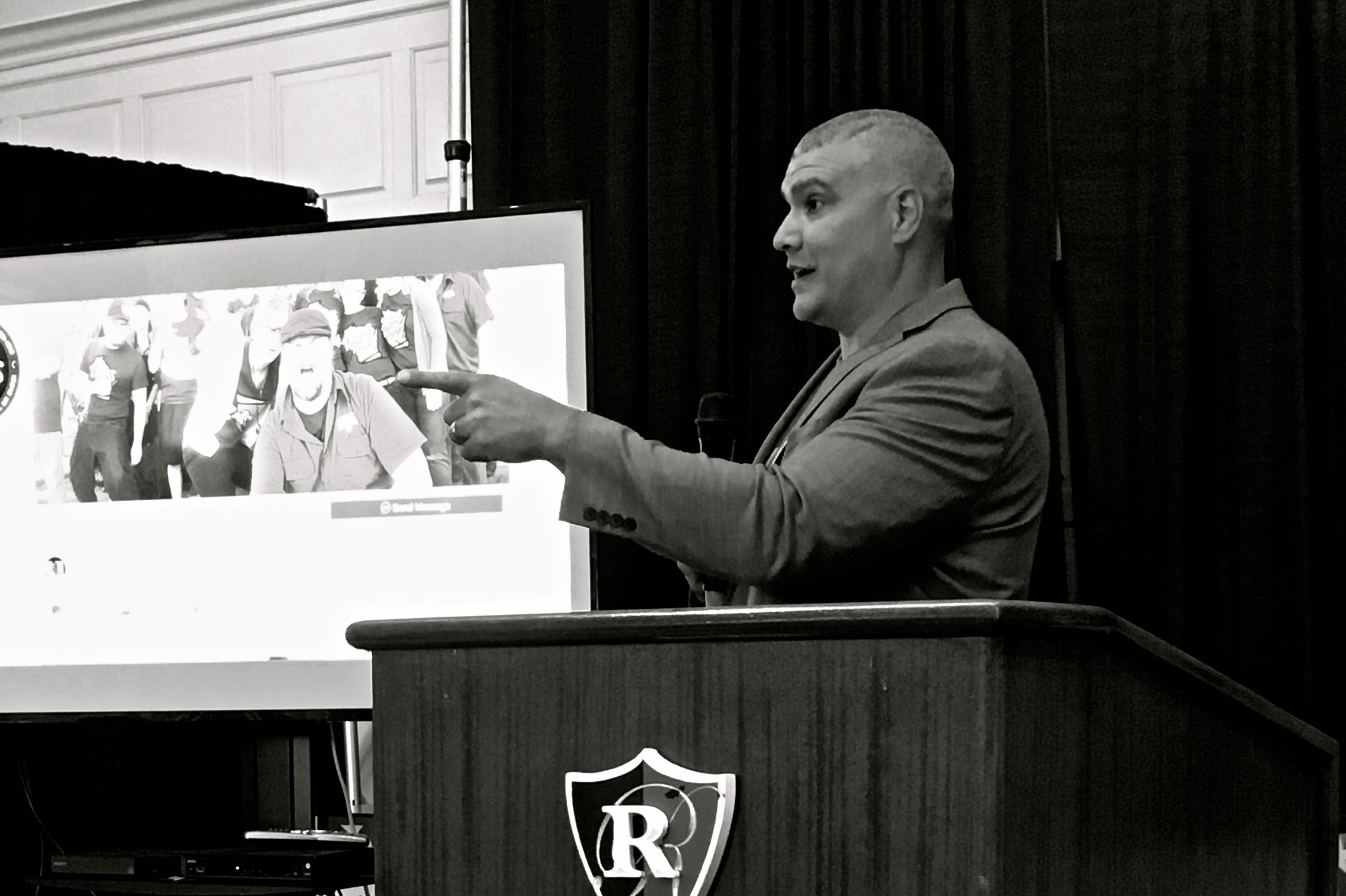 “A lot people are afraid out there,” said Bruce Irving, addressing a crowd of pizzeria operators at the Renaissance country club outside Boston. “They’re afraid to be on camera or they just don’t like putting themselves out there.” Some say they don’t have anything to say or that they feel like they are repeating themselves. These are just some of the walls restaurant owners hit when it comes to creating content online. According to Irving, a successful social media strategy is built around continuity and a familiar face. Waiting until you have the “perfect” content isn’t worth it. In fact, Irving says, “people like to see you mess up. Leave mistakes in there.”

Why we’re so scared
It’s completely understandable that humans would feel anxious about going public on a regular basis. Surveys show people fear public speaking more than death. This makes sense evolutionarily speaking. Back in times when survival was a struggle, belonging to a group vastly increased your chance of living. This is why our bodies still go into fear mode when confronted with addressing a group, according to an article by Psychology Today. The fear of being judged and ultimately rejected would have once led to our actual death.

Bite the bullet
But in the information age, non-communication is the nail in the coffin. Irving explains that the digital natives of today consume massive amounts of social media and streaming video. “When I was a kid if someone asked me who’s the most famous person I know I’d say Tom Cruise, Tom Hanks… If you ask a kid today who’s the most famous person they know, they’ll say someone from Instagram or Youtube.” It’s up to us now as individuals to communicate with the customer and build our brand through online channels.

Have no fear
Social media moves fast. According to Irving, a post on Facebook will only appear on followers’ newsfeeds for about one hour. “It feels like it’s much longer because we’re always re-showed what on our own page, but it’s only a blip in time.” The more you practice creating content and posts, the better you will become at it. Aim to educate, to inspire, to tell the story of your business. Accept that the first attempts won’t be good but that practice will make you better and better. You don’t have to make a big investment, just work with what you have. Your smart phone and a few social media accounts is all you need to establish an open line of communication with your customers.