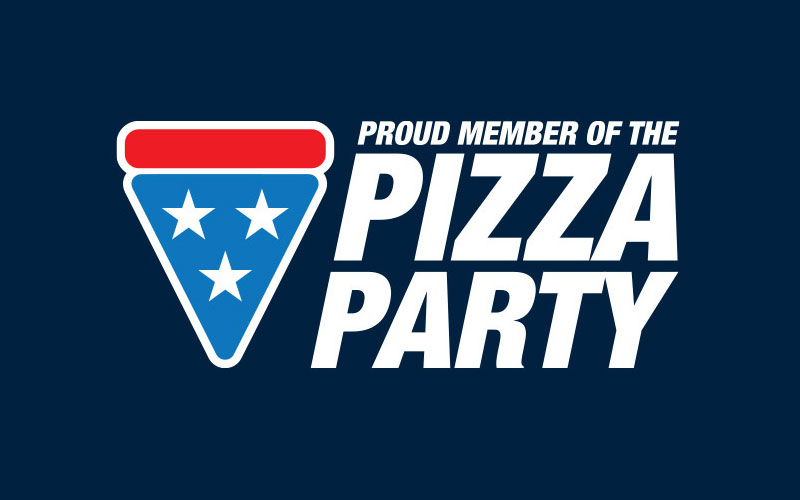 We all know politics is an ugly business. Some believe it’s gotten uglier in recent years, but history suggests otherwise. In America’s early days, political operatives defamed one of our most respected presidents, alleging that if Thomas Jefferson won the 1800 election, “murder, robbery, rape, adultery and incest will be openly taught and practiced.” Founding father Alexander Hamilton so despised Jefferson’s VP, Aaron Burr, that the two men fought a duel and Burr shot the former Treasury Secretary to death. Jefferson himself was no saint—he used pamphlets to spread lies about John Adams, claiming Adams had “a hermaphroditical character, which has neither the force of a man nor the gentleness and sensibility of a woman.”

It doesn’t get much worse than pistol fights and calling your rival a hermaphrodite. Still, today’s political atmosphere feels just as poisonous to us. Sometimes politics even seeps into the pizza business, such as when Scott Van Duzer, owner of Big Apple Pizza and Pasta (www.bigapplepizza.com) in Fort Pierce, Florida, bear-hugged President Obama with TV cameras rolling, only to come under attack from angry conservatives on Yelp and other crowdsourced websites. Earlier in 2015, Memories Pizza in Walkerton, Indiana, faced a similar firestorm of liberal outrage when the owners told a TV reporter they would not cater a gay wedding.

If you’ve got strong political beliefs, you have the right to speak your mind. But when you express your opinions to the news media, you will likely pay a steep price, whatever your position may be. Here’s a rule of thumb: Never assume a reporter will keep your comments to himself. Before offering any controversial opinion, first ask the reporter to go off the record. If he agrees, he is ethically obligated to withhold your remarks from publication. If he does not verbally agree to go off the record, keep your thoughts to yourself!
Remember, 2016 is an election year, and reporters will be looking for a local angle on a national controversy. Don’t let them make you the story unless you’re ready to face the consequences.