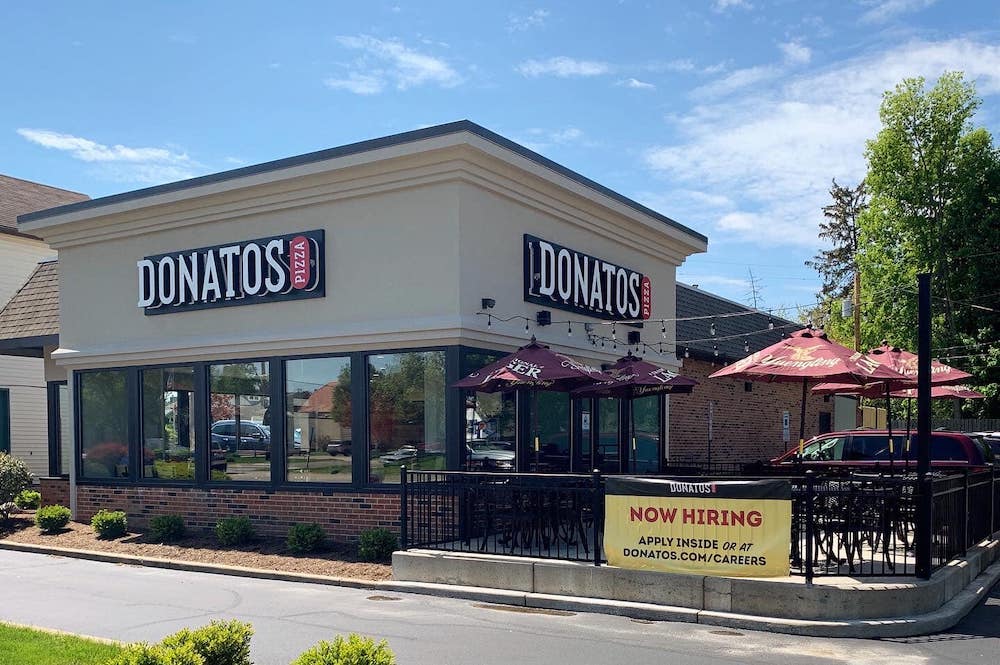 Donatos Pizza is looking to open more locations across Tennessee as part of its ongoing expansion plan into the American South. The pizza chain, known for its Edge to Edge toppings, is eyeing key metro areas including Nashville, Chattanooga, Knoxville and Memphis.

Donatos currently has two locations in Tennessee—in Nashville and Murfreesboro—along with nearby restaurants in Bowling Green, Kentucky, and Huntsville, Alabama. The chain is looking for six to 10 multi-unit operators across the state to help in the expansion effort. Donatos plans to open the first of three locations in the Knoxville area by the end of summer, with the opportunity for more than 20 additional locations statewide in the future.

“We already have a great fan base across the state of Tennessee who want to experience our Edge to Edge pizza within their communities,” said Jeff Baldwin, vice president of development and franchising for Donatos. “We have had great success in Nashville and Murfreesboro, and we are thrilled to deliver Donatos’ premium pizza to the rest of Tennessee.”

Donatos was founded in 1963 when Ohio State sophomore Jim Grote bought a small pizza shop in Columbus, Ohio, from a young seminarian for $1,300. The company was classified “Best in Class” and acquired by McDonald’s Corporation in 1999, at a time when the fast-food giant was extending its reach beyond burgers. Grote and his daughter, Jane Abell, bought back the company in 2003 when McDonald’s decided to get out of the pizza business.

Donatos’ pizza is served in 308 locations, including 168 traditional Donatos restaurants in 20 states as well as in 10 sports and entertainment venues. Additionally, Donatos Pizza and Red Robin partnered two years ago to bring a scaled-down Donatos pizza menu alongside Red Robin’s signature burgers to a handful of Red Robin restaurants. That partnership today includes 130 Red Robin locations, with plans to have Donatos pizza served in over 200 locations by the end of 2021.