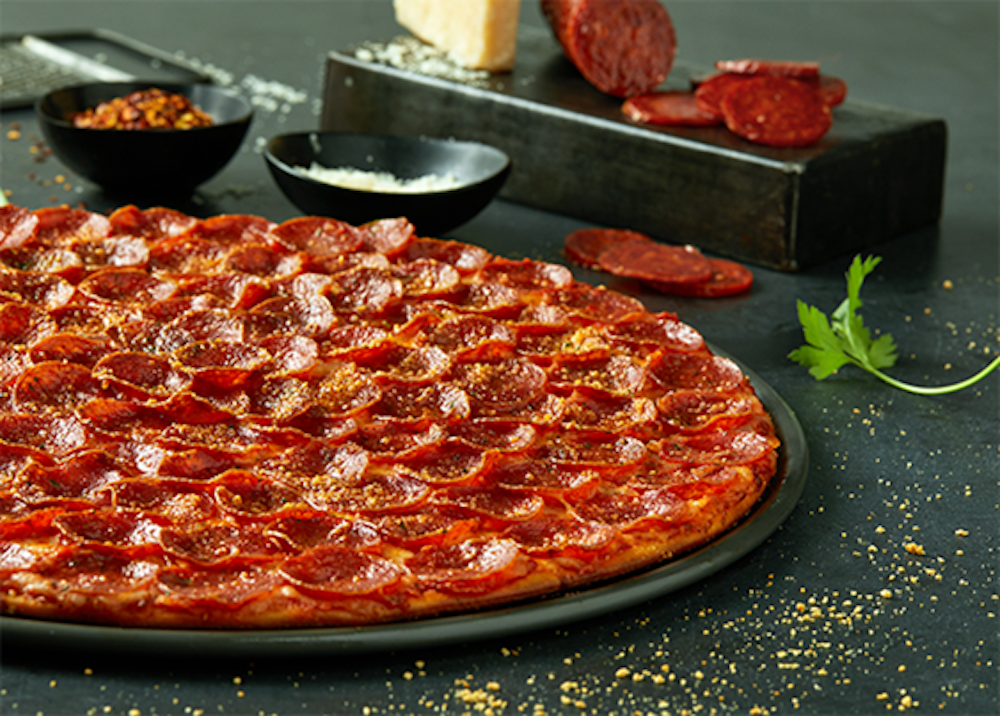 Two years ago, Donatos Pizza and Red Robin quietly began testing a combination of the two concepts with a scaled-down Donatos pizza menu alongside Red Robin’s signature burgers in a handful of Red Robin restaurants. Today, the two franchises have expanded plans, and Donatos’ franchise expansion efforts are continuing to take flight as a result.

The pizza offering initially began being tested in 2018 and expanded in 2019 to 25 additional Red Robin locations in Ohio, Arizona and North Carolina. Today the partnership includes nearly 80 total locations across five states, with Washington and Colorado having been added in the last few months. According to Red Robin CEO Paul Murphy, the relationship will expand to an additional 120 of Red Robin’s 500-plus restaurants in 2021.

“We had a feeling this had the potential to be a significant partnership for us, and the early returns proved as much,” said Donatos CEO Tom Krouse. “After a brief pause during the pandemic, expansion plans have continued. We’re extremely pleased as we continue to meet our mutual business objectives.”

For Donatos, headquartered in Gahanna, Ohio, the relationship has expanded its name recognition west of the Mississippi and on the West Coast into cities where the 166-unit chain doesn’t yet have a traditional store presence. Meanwhile, for Red Robin, it means a family friendly menu expansion and a stronger entry into off-premise, as well as another way to get more people through its doors.

The menu features 7-inch, 10-inch and 14-inch options plus a gluten-free 12-inch pizza. Most of the core Donatos pizzas are represented, including the Serious Cheese, Founder’s Favorite, Serious Meat, Very Vegy and the Edge to Edge Pepperoni. There’s also a Red Robin exclusive: Whiskey River BBQ pizza with beef, a pizza-sized take on one of the burger restaurant’s signature sandwiches.

“Our partnership is bigger than just the complement of pizza and burgers,” Krouse added. “Culturally, we are very aligned with a focus on people and product. And with pizza and burgers, the top two most ordered restaurant fare, it’s amazing these two strategies have never successfully intersected before. But this has been a real game changer for the both of us.”