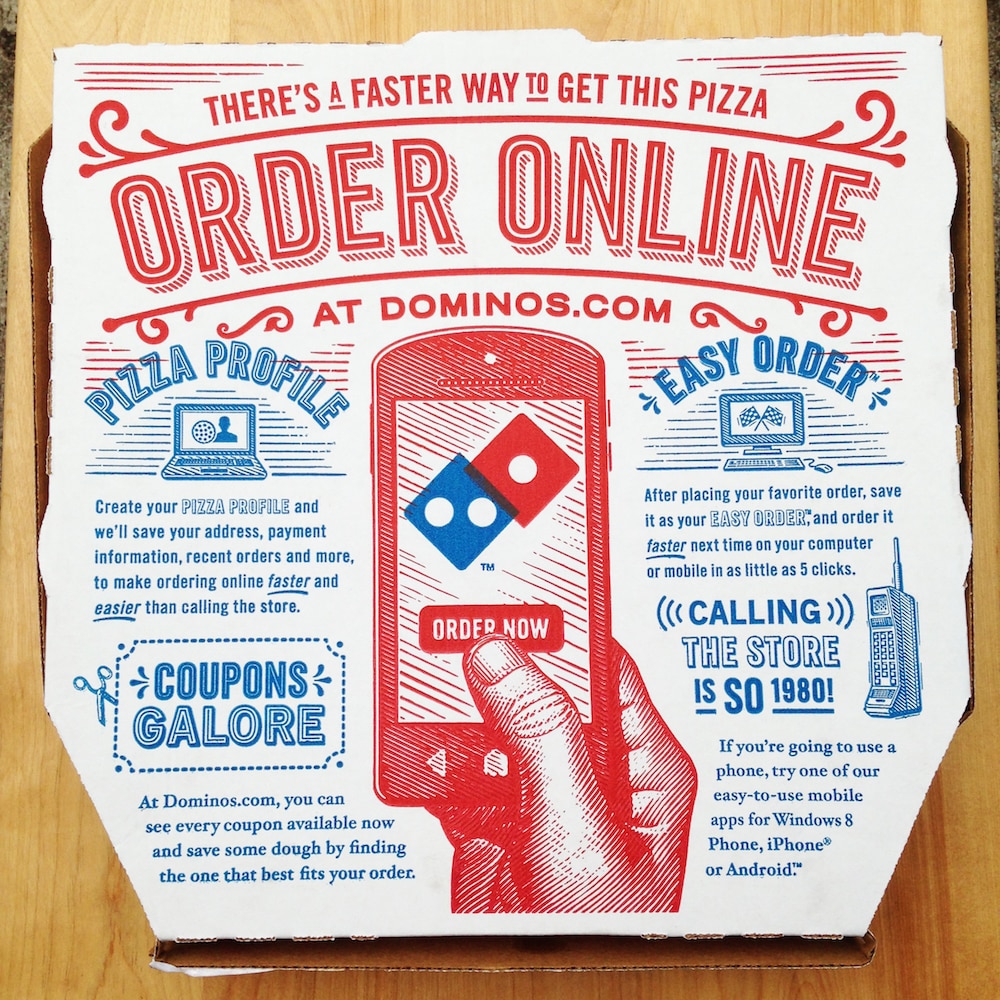 West Palm Beach, USA - December 29, 2013: Domino's pizza box. The box features advertising for ordering pizza on line through the dominos.com internet site. Domino's is one of the largest pizza delivery franchises in the USA.

Focusing on carryout is working for Domino’s and now represents 45% of its U.S. transactions, Jeff Lawrence, the chain’s chief financial officer, said at the recent ICR Conference, one of the largest investment conferences in the country.

While delivery, particularly third-party aggregators like DoorDash and Uber Eats, has become a buzzword in the pizza industry, Domino’s knows that customers still want the convenience of takeaway pizza, too.

“In the last five, six or seven years, we’ve been really intentional about the carryout business, really upping our game here,” Lawrence said at the ICR event. “And now almost half of our transactions in U.S. are coming from the carryout business, representing about 1/3 of sales, while still having a very stable and steady and growing delivery business. These are the largest two segments in the U.S. pizza industry, and this is where you want to be if you want to grow in pizza.”

Domino’s has been offering a carryout-only special in the U.S. for the past four or five years featuring a large three-topping pizza for $7.99. Lawrence said the company developed that offer after culling through its data to determine customer preferences. “We have a big database that we can mine for consumer insights and how to really continue to improve the customer experience and deliver value,” he noted. “Getting serious about carryout and going with the $7.99 price point was a great example of that.”

Domino’s rewards program is another big driver, according to Lawrence. The company has 23 million active users in its U.S. loyalty program. “That’s been a real key to continuing to grow the brand and grow retail sales over time,” Lawrence said.

Domino’s executives have proudly embraced their reputation as more of a technology company than a pizza chain. Lawrence said digital sales now account for 65% of Domino’s U.S. sales and that it will continue to innovate through its Anyware ordering platforms and new delivery methods, such as the development of autonomous vehicles. “We’re really trying to stay ahead of where the industry and consumers are going and making sure that when those changes happen—not if but when those changes happen—Domino’s is ready … to implement those for the consumer’s benefit.”

Lawrence also said Domino’s has a database of 85 million unique customers to learn from. “This shows the depth and breadth of data we have to play with every day to continue to improve our brand.”