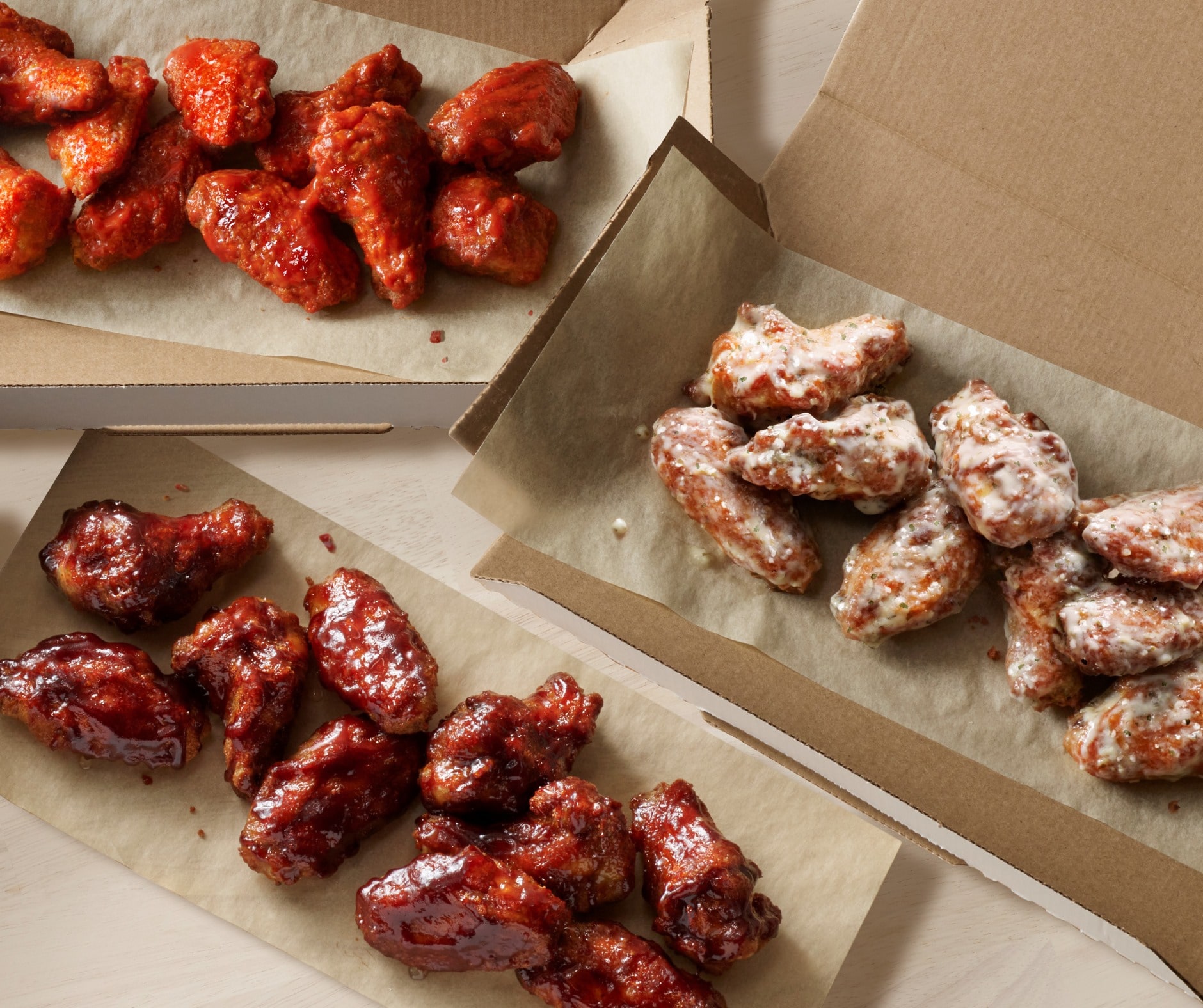 Domino's says its chicken wings and sauces are "new and improved."

If the wings at Domino’s taste different lately, CEO Ritch Allison says that’s all part of his plan to keep the chain at the top of the pizza pile.

In Domino’s second-quarter earnings call last week, Allison said the company’s wings have been “greatly improved” with a selection of “terrific new sauces.”

As Forbes reports, wings represent a fast-growing restaurant food category, and along with Domino’s, the Wingstop chain has been a solid performer during the pandemic. The National Chicken Council has forecast a 2 percent rise in wing consumption in 2020, following 5 percent growth in 2019, when Americans ate nearly 1 billion servings of chicken wings.

Wingstop reported a 10 percent jump in its same-store sales for the first quarter of 2020.

The wing market looks finger-lickin’ good to Allison and his management team at Domino’s. The chain sells its 10-piece wing deal for $7.99, a potential enticement to value-conscious consumers during the pandemic.

“One of the things we’ve observed, as we’ve seen this huge boom in delivery over the course of the last couple of years, is we’re trying to keep an eye on product categories that customers are really adopting at higher rates for delivery,” Allison said in last week’s earnings call. “And certainly wings are one of those.”

A team of analysts with BTIG told Marketwatch that Domino’s could become a rival to Wingstop in wing sales. “In our view, the upgraded product quality, coupled with the investment behind advertising to support the rollout, could allow the brand to take share in the multibillion-dollar [wings] category,” they wrote.

“Furthermore, we note that the aggressive price point of 79 cents per wing, compared with Wingstop, which is typically north of $1 per wing, could result in some pricing pressure across the category.”