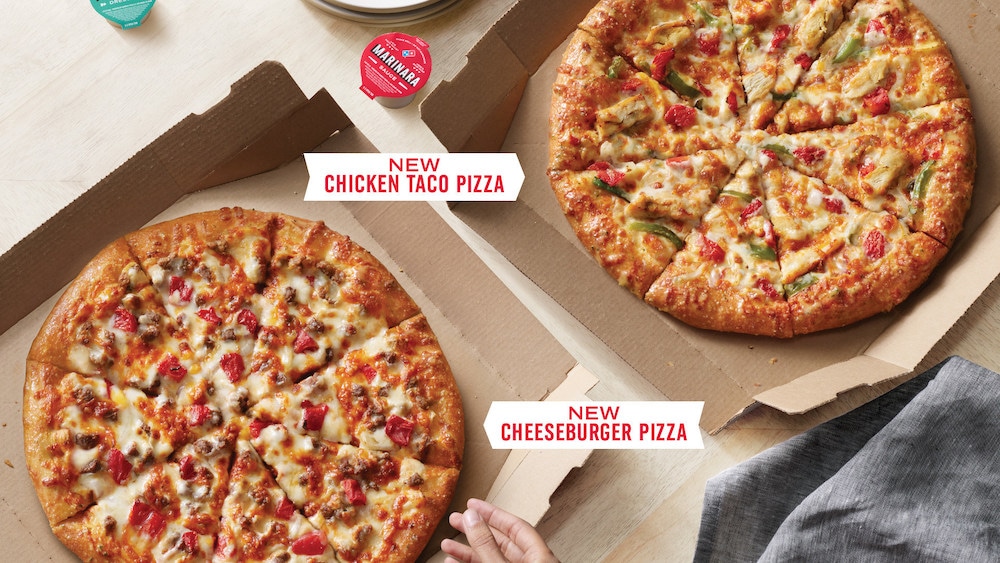 The new chicken taco pizza and cheeseburger pizza from Domino's

Tacos and burgers are popular menu items that don’t hold up well in delivery. Now Domino’s claims to have solved that problem, unleashing two new specialty pies for fast-food fans: the chicken taco pizza and the cheeseburger pizza.

Both pizzas will sell for $11.99 each in the large size. They will be supported by TV commercials that begin airing on August 31. For the new campaign, Domino’s searched for real customers who had taken to social media with stories about burger and taco deliveries gone wrong and surprised them with cheeseburger pizzas and taco pizzas that were built for delivery.

Nation’s Restaurant News points out that these are the first new pizzas created by Domino’s in eight years.

“The idea started from looking at the current food delivery landscape,” Art D’Elia, Domino’s chief marketing officer, told NRN. “With a lot of people relying on aggregators to get tacos and burgers delivered, there are a ton of social media posts out there about soggy burgers and tacos, so we wanted to give people tacos and burgers that actually stand up well to delivery.”

D’Elia told NRN the new pizzas are permanent additions to the menu, but the company will continue to take a “methodical” approach to introducing new items.

“Now friends and family who are craving a taco or cheeseburger on pizza night won’t be disappointed,” D’Elia said in a press release. “Domino’s new taco and cheeseburger pizza are sure to satisfy everyone.”