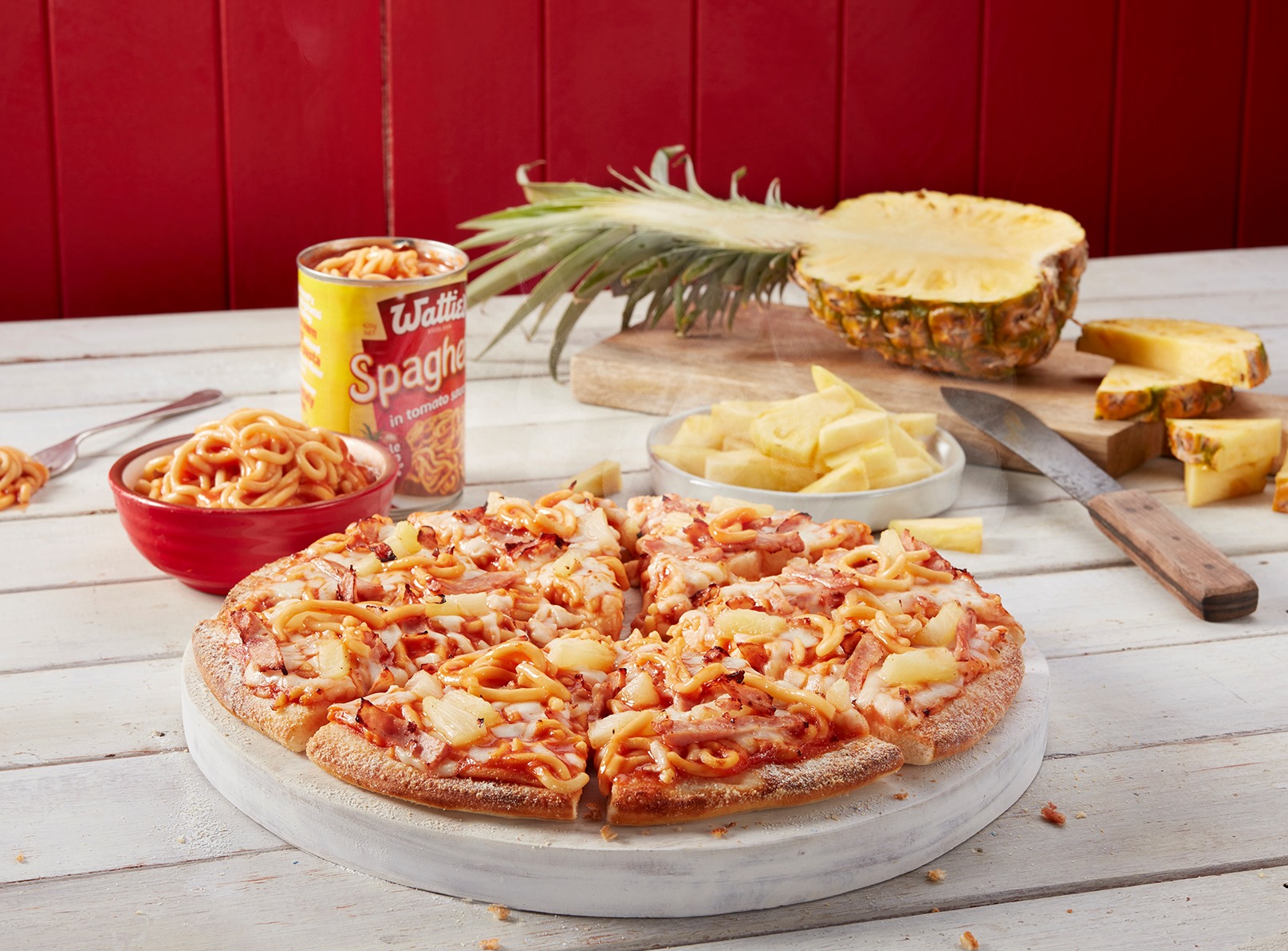 Domino’s announced on Facebook a truly unique addition to its menu: Hawaiian Spaghetti Pizza made with Wattie’s tin spaghetti. Hold the pitchforks: it’s available only in New Zealand.

New Zealand Herald said, “You know the announcement is controversial because Domino’s prefaced it on social media by saying: ‘This is no joke!’”

The comments on its Facebook post ranged from disgust and hostility to celebration and recipe-sharing. One commenter questioned Domino's on the combination, even threatening to end their supposed friendship. Domino's replied: "Y'ALL NEED TO CHECK IT OUT, IT'S AMAZING!"  Another commenter even wrote that she "made heaps like this at home" and that "creamed corn is a good base if the family likes corn."  Another commented that Domino's could create a Spaghetti Bolognese pizza with beef mince and cheese. Many posted that Domino's new pizza reminded them of their homemade pizza.

Related: Canned Spaghetti on a Pineapple Pizza Not as Bad as It Sounds

This pizza topping combination is significant to New Zealand. Its former prime minister, Billy English, posted several photos of him eating this very pizza with his family on Facebook in 2017. This caused an internet storm — similiar to the internet storm on Domino's NZ Facebook — where his defenders then pointed out that the pairing of pineapple and canned spaghetti on pizza is a 1980s rural Kiwi classic.

A reporter for The Guardian, Eleanor Ainge Roy, then tried the combo by requesting a local Domino’s to create a “PM Special” with pineapple chunks, bacon, and spaghetti.” She concluded that "it's just fine."

This unique dish is on the menu for a limited time only.