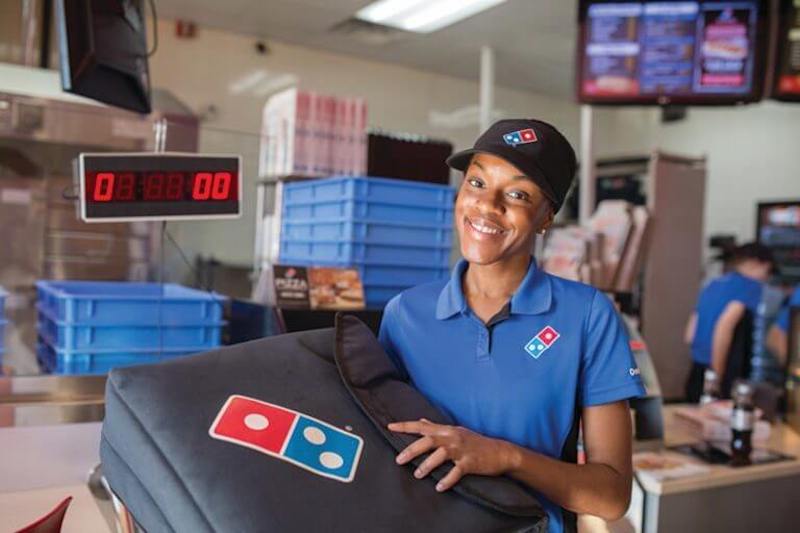 Domino’s saw its same-store sales slip by 1.9 percent in the most recent quarter of 2021, blamed in part on labor issues and on the COVID-19 delta variant. The company reported a 3.1 percent boost in company-wide revenues to $30.3 million due to higher retail sales.

“We certainly saw staffing levels were lower than in the first half of the year, and impact on comps was more pronounced in Q3 than Q2,” CEO Ritch Allison said in a third-quarter earnings call, according to Nation’s Restaurant News (NRN). “The staffing challenges impact our ability to be more aggressive as it relates to promotional activities … We’re working on a number of operational improvements inside of our stores to operate more efficiently with less labor for every order that goes out.”

Another part of the remedy, Allison said, will be higher wages at corporate-owned stores. He said some franchisees have also begun hiking worker pay to attract more employees. Additionally, the company has added a carside delivery option to speed up the delivery process. “In the future, I don’t see why drivers should ever get out of their cars,” NRN quoted Allison as saying. “They’d be maximizing deliveries per hour and wages they earn.”

The company started testing carside delivery this summer in a promotion with DraftKings, a sports entertainment and technology company.

Higher prices might be in store for Domino’s customers as well. Allison said the company is “taking a look” at that option.

“We remain optimistic about our ability to have long-term growth,” Allison added. “We expect COVID to remain a challenge for quarters to come.”

Domino’s reported same-store sales growth of 13.4 percent in the first quarter of 2021, but Allison noted at the time that labor was becoming a serious problem. He said the company was “experiencing one of the most difficult staffing environments in a long time. ”

“The real pinch-point is the drivers,” Allison said last April. “We’re working on continuing to make that a great job with the best economics relative to other alternative [job opportunities]. We continue our work around fortressing to give them more deliveries per hour, which translates into higher wages. We’re working on technology and operating practices to have them never have to get out of their cars.”