Despite Booming Sales, Domino's Has a Vexing Problem to Solve - PMQ Pizza Magazine 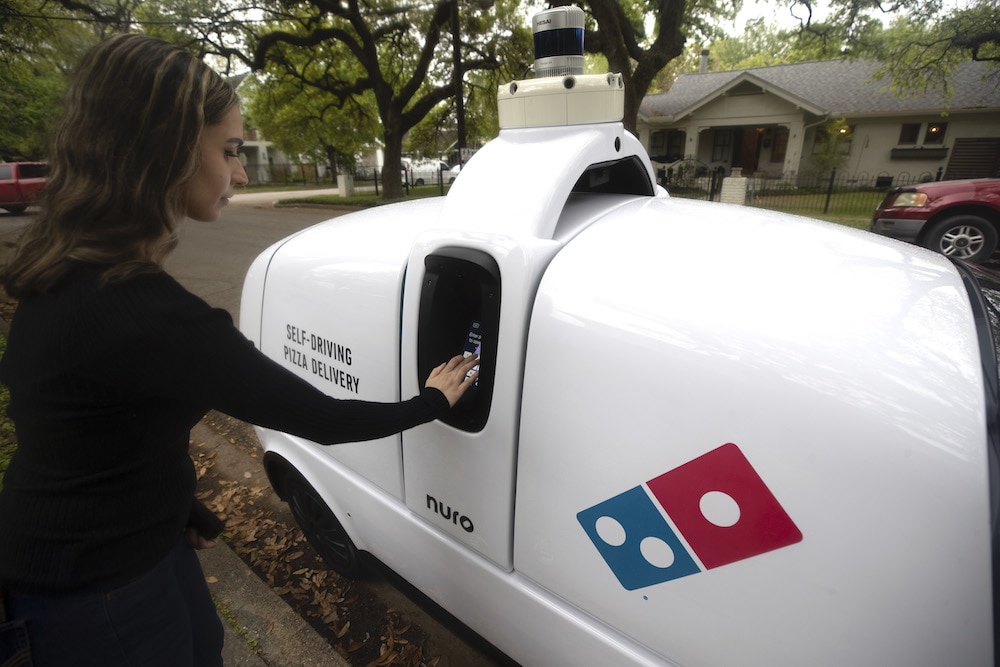 Over the long term, Domino's hopes technology, such as this driverless vehicle being tested in Houston, will ease its labor problems.

Related: Why Domino’s Keeps Building Out New Stores in the Same Markets

Domino’s reported same-store sales growth of 13.4 percent for the first quarter of 2021, but not everything’s coming up roses in the pizza giant’s world.

As Nation’s Restaurant News reports, Domino’s CEO Ritch Allison told investors on Thursday that the company is “experiencing one of the most difficult staffing environments in a long time,” especially in terms of hiring delivery drivers.

Allison attributed the struggle to “a combination of COVID-19, strong sales amid the broader economy reopening and the high government stimulus checks.”

Arguably, it’s a job seeker’s market in 2021. Many Americans who were laid off or let go during the pandemic are still enjoying expanded unemployment benefits, affording them the luxury of being more selective in their job hunts. At the same time, they’ve got more money to spend in restaurants, with pizza remaining one of the tastiest and most affordable options. So demand for restaurant food is up, but it’s harder to find workers to make or deliver it.

An economic resurgence has created more jobs in the past couple of months, with 460,000 jobs added in February and 916,000 in March, according to USA Today. Nearly half of those new jobs were in the leisure and hospitality sector, which includes restaurants and bars.

Faced with a labor shortage for the time being, many restaurant operators have begun offering higher wages to be competitive.

For Domino’s, Allison said, “The real pinch-point is the drivers. We’re working on continuing to make that a great job with the best economics relative to other alternative [job opportunities]. We continue our work around fortressing to give them more deliveries per hour, which translates into higher wages. We’re working on technology and operating practices to have them never have to get out of their cars.”

Fortressing refers to Domino’s strategy of opening more and more DELCO stores in areas that already have existing Domino’s locations. Fortressing helps shrink delivery radiuses and makes it easier to get pizzas to customers quickly and less expensively, fulfilling the demand for speed and convenience.

Over the long term, Domino’s clearly hopes technology will ease its labor problems and costs. As previously reported on PMQ.com, the company is presently testing a new driverless vehicle, called R2, in Houston. The self-driving car, developed in a partnership with tech company Nuro, has no seats, no steering wheel and no room for a human being.