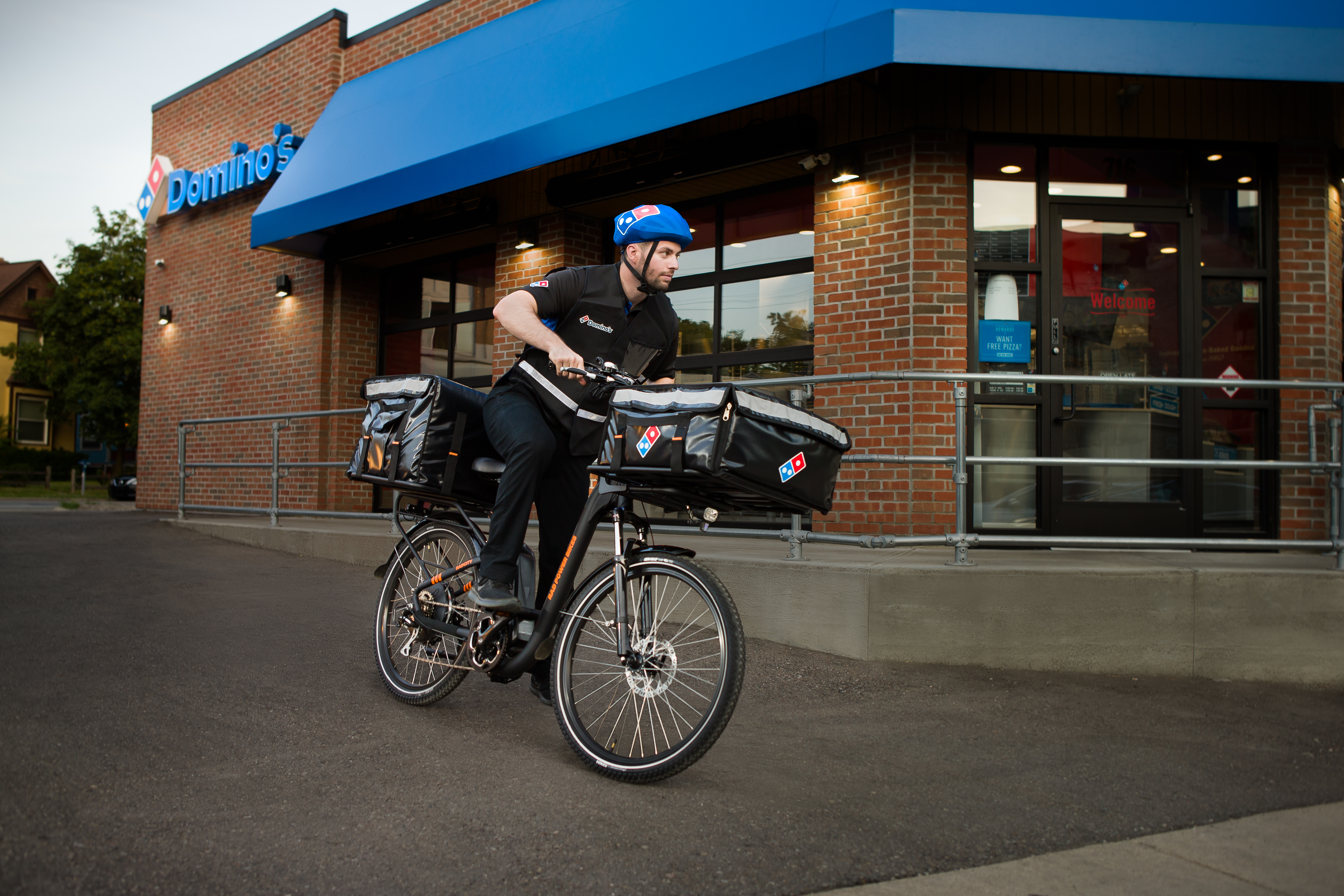 Domino’s, the largest pizza company in the world based on global retail sales, knows a thing or two about pizza delivery, including the fact that cars aren’t always the most efficient way to get hot, delicious pizzas to hungry customers. A bike is often a better solution to traffic congestion and parking challenges. Domino’s stores across the nation will soon have the option to use custom e-bikes for pizza delivery through a partnership with Rad Power Bikes – North America’s largest e-bike brand. The approach could provide the chain with another advantage over independent pizzeria owners.

“Domino’s tested e-bikes in a number of corporate-owned stores across Houston, Miami and New York earlier this year, and those stores saw improvements in overall delivery and service,” said Tom Curtis, Domino’s executive vice president of corporate operations. “They also experienced labor benefits, as the stores were able to hire from a wider pool of candidates, including those who might not have a car or driver’s license. Plus, stores that were already delivering with traditional bikes saw improved team member satisfaction with e-bikes.”

The e-bikes proved so popular in testing that Domino’s will utilize hundreds of them across corporate-owned stores throughout Miami, Salt Lake City, Baltimore and Houston later this year.

The e-bikes, which have small integrated motors to assist with pedaling, can run for 25 to 40 miles depending on the user, before needing a recharge.  Domino’s custom e-bikes include front and rear insulated soft-sided cargo areas, which can hold Domino’s Heatwave bags, drinks, sides, and dipping cups. One e-bike can hold up to 12 large pizzas. The bikes are equipped with lights in the front and back, reflective materials for driver safety, and have a top assisted speed of 20 mph.

Pizza delivery by bicycle, including e-bikes, is not uncommon in Domino’s markets around the world. The United States is one of the few global markets where delivery by car dominates. However, in many large cities in the U.S., bike deliveries lead the way, including in New York and Seattle.

“E-bikes make a huge difference in my stores,” said Greg Keller, Seattle Domino’s franchisee. “While delivery on a traditional bike solved many of our traffic and parking issues, the hills in Seattle were tough on even our best cyclists. E-bikes were a game-changer for us, and we’ve been delivering with them for three years now. We have been able to save money, provide better service, increase hiring and maintain a happy workforce.”