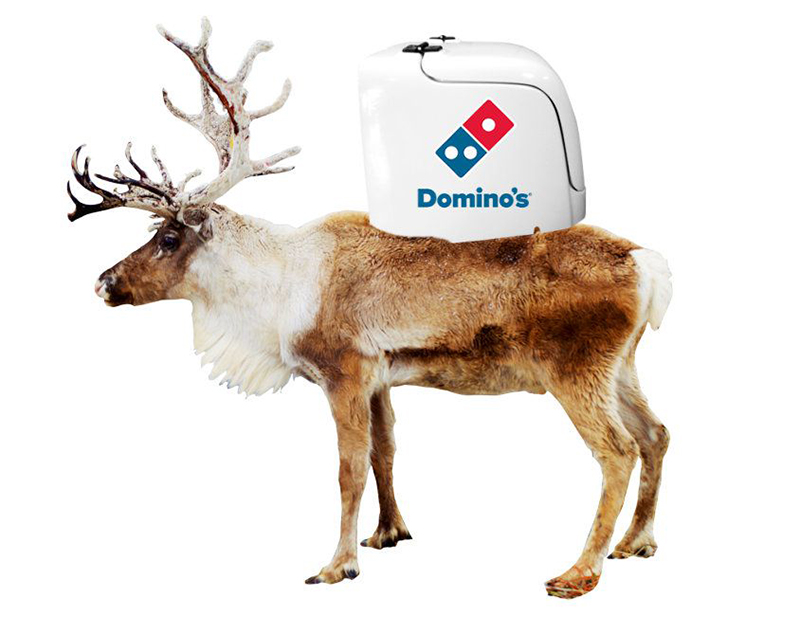 Don’t tell Santa Claus, but his sleigh-pulling reindeer may soon have some competition in delivering presents to the good little boys and girls (and grownups) of Ishikari, Japan. The difference is, these reindeer won’t be carrying toys and bikes and candy; they’ll be loaded down with pizza from Domino’s.

The megachain announced recently that it’s training reindeer to deliver pizzas around Ishikari, a city in the icy-cold Hokkaido region of northern Japan. This winter is expected to be a brutal one, with blizzards and ice storms in the forecast, so Domino’s wanted to find a unique way to get pizza to its customers’ doorsteps.

According to Andrew Kane, writing for RocketNews24.com, “Apparently the fine folk at Domino’s Japan already have a (very real) contingency plan in place for this type of scenario and are working hard to figure out the most cost-effective and reliable method for delivering their cheese-laden, dough-based products to the hungry masses. After considering a number of other options, they’ve settled on reindeer. Yes, seriously, this isn’t a hoax. Reindeer, like the kind Santa Claus uses. PETA’s not going to like this….” 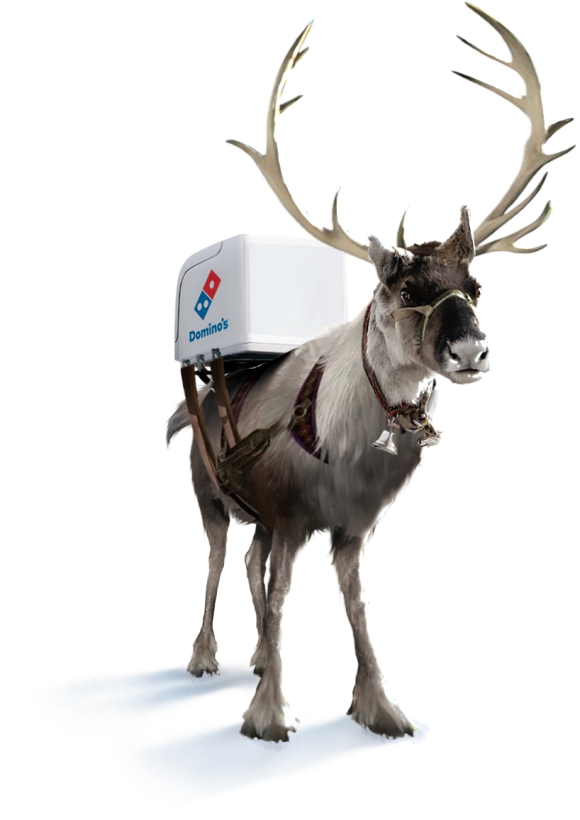 A professional animal handler has been putting the reindeer through a series of training exercises on the grounds of a driving school in Ishikari. Domino’s needs to figure out how far the reindeer can travel to complete their deliveries and what might happen if they encounter “someone’s pet golden retriever, cat or turtle,” the RocketNews24 article says.

Another question to consider: “Can the deliveries be completed safely—you know, so that no one gets stampeded to death by giant reindeer hooves?”

Actually, reindeer are pretty small and they’ve got a history of being used as pack animals. Whether Domino’s will go through with the scheme remains to be seen, but it has released a video of the reindeer  games, as one creature trudges through the snow with delivery boxes strapped to its back and a red sleigh trailing behind. “At the moment, the takeaway may not necessarily reach any customers,” CNBC.com reports. “The video shows pizza boxes falling off the animal's back and employees running to keep up with the reindeer.” 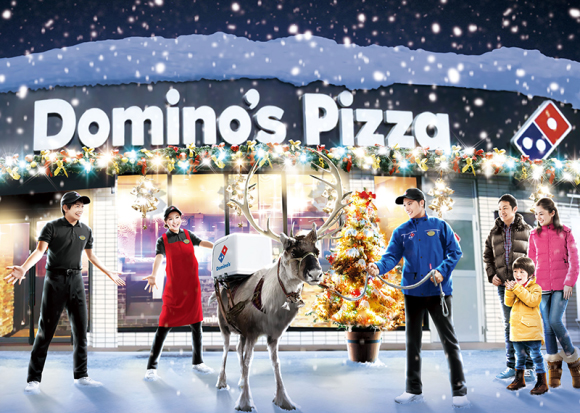