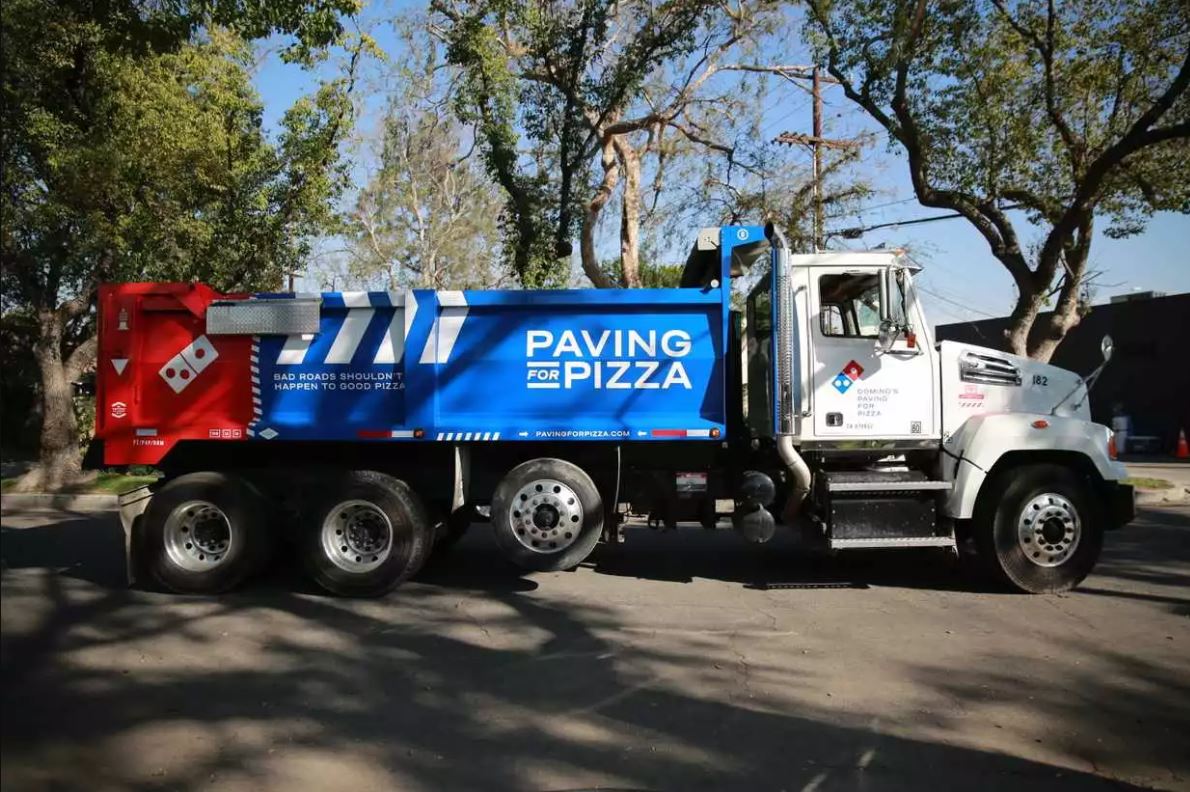 Now that Domino’s has overtaken longtime rival Pizza Hut as the No. 1 pizza company in the U.S., the chain has plans to vanquish a new nemesis: potholes.

In a press release earlier this week, Domino’s announced that it will provide money for pothole repairs in select communities nominated by its customers, paving a better journey home for their delivered pies.

The company says it’s “saving pizza one pothole at a time.” Customers are invited to nominate their towns for pothole repairs at pavingforpizza.com.

“Have you ever hit a pothole and instantly cringed?” Domino’s USA president Russell Weiner asks in the press release. “We know that feeling is heightened when you’re bringing home a carryout order from your local Domino’s store. We don’t want to lose any great-tasting pizza to a pothole, ruining a wonderful meal. Domino’s cares too much about its customers and pizza to let that happen.”

Domino’s has already helped repair roads in Bartonville, Texas; Milford, Delaware; Athens, Georgia; and Burbank, California. Customers can nominate their own towns for a paving grant by entering their zip codes at pavingforpizza.com. A video on the site also provides a “pizza damage report” of the effects of road conditions on delivered pizzas.

The company hasn’t put a dollar amount on the grants, according to the Detroit Free Press, but Jenny Fouracre, Domino’s director of public relations, said each town will receive the same amount. The company will accept nominations for the next 12 weeks.