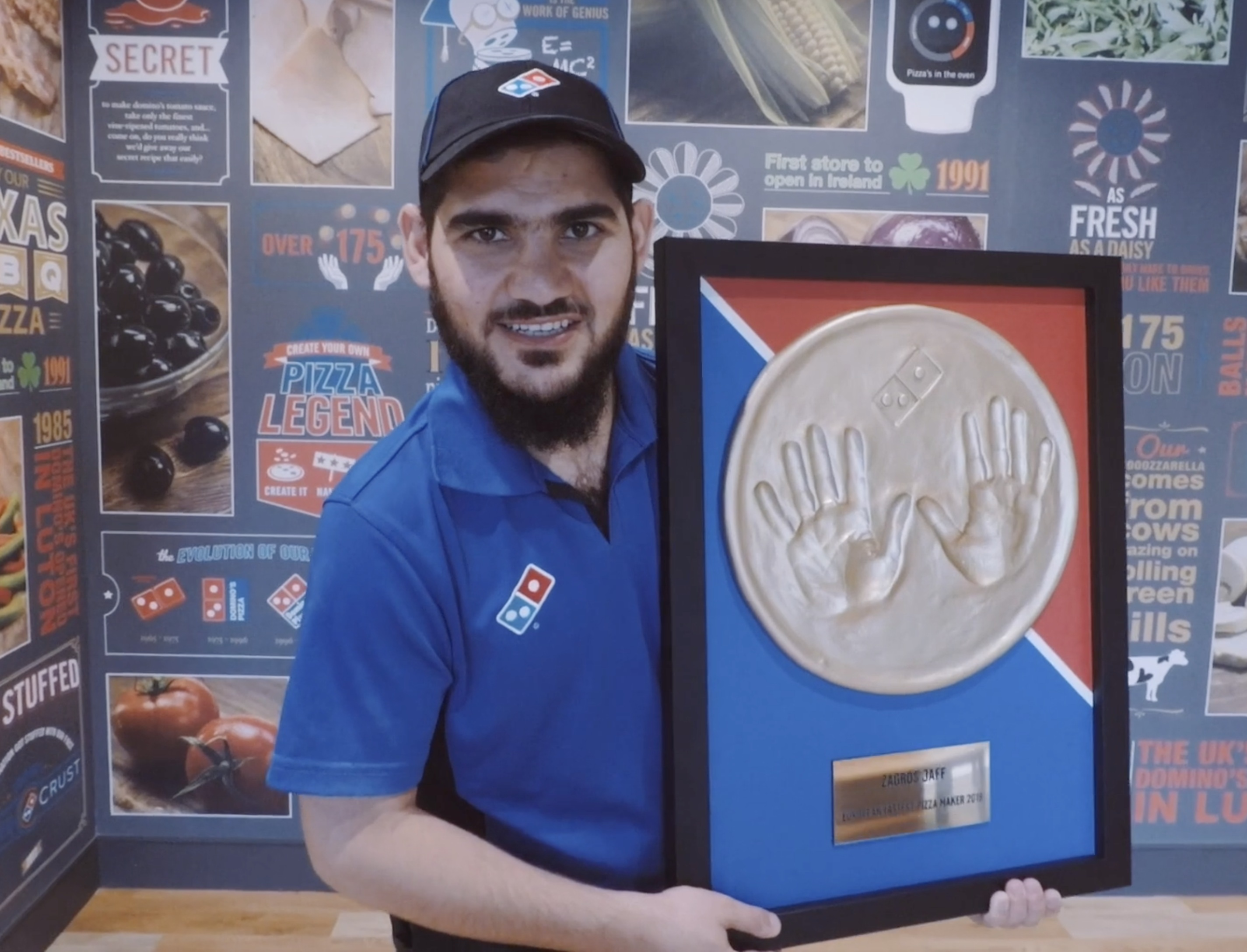 Domino’s Fastest Pizza Maker from The Academy on Vimeo.

For the third year in a row, Zagros Jaff of Portsmouth, U.K., won the European title of fastest pizza maker for Domino’s.

Domino’s recognized its crowned champion with a golden plaque this week.  At the competition earlier this year, Jaff made a pizza with 40 styled pepperoni slices in record-breaking 27 seconds.

This is an impressive feat with 40 pepperonis as the judges docked 15 seconds for any misplaced slices or if the fresh dough was not appropriately stretched. The competitors were evaluated on their ability to create three large 13-inch pizzas with 40 slices, over a hundred grams of mushrooms, and just as much cheese as well.

Jaff has earned the title of quickest pizza-maker in Europe for three years now. His skills began at a Domino’s store in Fratton, which will now display his finest achievement to show how far a young pizza-maker has come since then.  He is now the manager of locations in Portsmouth and Southampton.

“I’ve been making Domino’s pizzas for over 10 years, and to win this title once again makes me really proud,” he said. “Customers don’t always realize the skill that goes into making a Domino’s pizza, from hand-stretching the fresh dough and leveling the sauce with my own personal spoodle, to perfectly placing the fresh toppings.”

He encouraged people to get a headstart on pizza-making by walking into the nearest Domino’s store to ask for an opening.