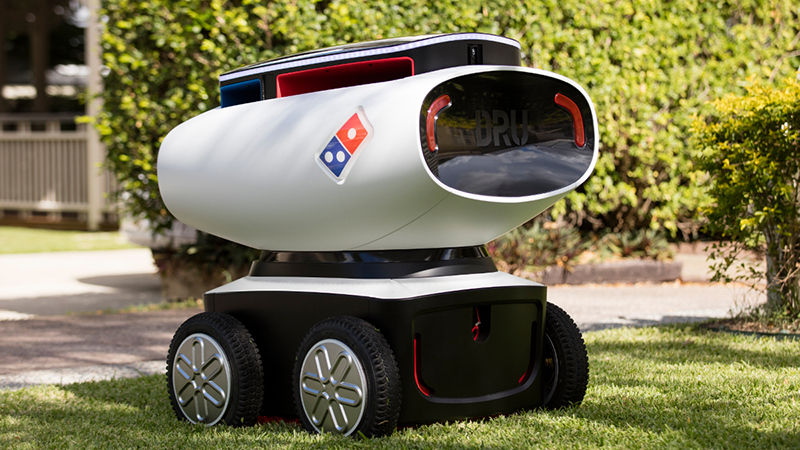 Domino’s Australia may have moved the human race—or flesh-and-blood pizza delivery drivers, at any rate—one step closer to obsolescence. The company has released details about the world’s first delivery robot, called DRU (Domino’s Robotic Unit … duh), currently being tested in Brisbane. As described in lifehacker.com.au, the DRU is “essentially a $30,000 military-grade robot refitted for pizza delivery.”

Developed by a company that specializes in robotic targets for live-fire military drills, DRU can move as fast as 12 m.p.h. and is designed for neighborhood delivery only. It can navigate footpaths, trails, bike paths and bridges, but not roads or highways—at least, not yet. The robot “sees” with LIDAR, which stands for Light Detection and Ranging, a remote sensing system that uses laser light to measure distances and create high-resolution maps. It also employs GPS tracking technology powered by Google Maps.

When an order comes in and the pizza is ready, the DRU hits the road, rolling up driveways and skirting fence lines. Once it arrives, the customer punches in a mobile phone code, and a side compartment opens up and ejects a tray holding the pizza. DRU even talks and cracks jokes. The only thing it can’t do is knock on your door—you’ll have to come outside and meet it at the curb.

Domino’s Australia CEO Don Meij told Lifehacker that the DRU is actually safer than human drivers. “One of our inspirations for DRU is safety—it seems pretty crazy to us that we use one-and-a-half tonne vehicles to deliver a few hundred grams of pizza,” he said. Fewer speeding delivery cars on the road will translate to fewer wrecks and injuries, Meij claims.

Lifehacker says the DRUs will start appearing in Australian stores within the next six months, but they won’t be road-ready for another two years. “It’s a genuinely autonomous robot today, but some of the technology on the (artificial intelligence) side still has to [improve],” Meij said. “He’s able to stop and sense and won’t hit things, but he needs to be more foolproof. For example, he’s not currently aware of how big he is on top, which can be a problem when he spins.”

Meij insisted that the DRU won’t replace human delivery personnel because it can’t reach some places, particularly highways, or make long-distance trips. “I think drivers are going to be around for a long time,” he said.

Read the full Lifehacker article and watch the video here.

Fred Rosati, Patriarch of Rosati’s Pizza, Passes Away at 102 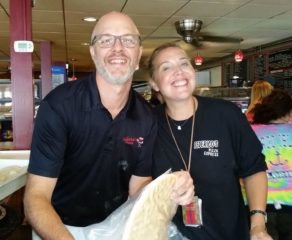 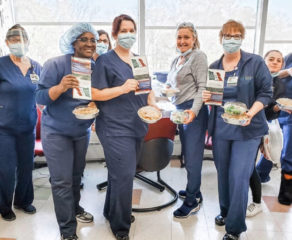