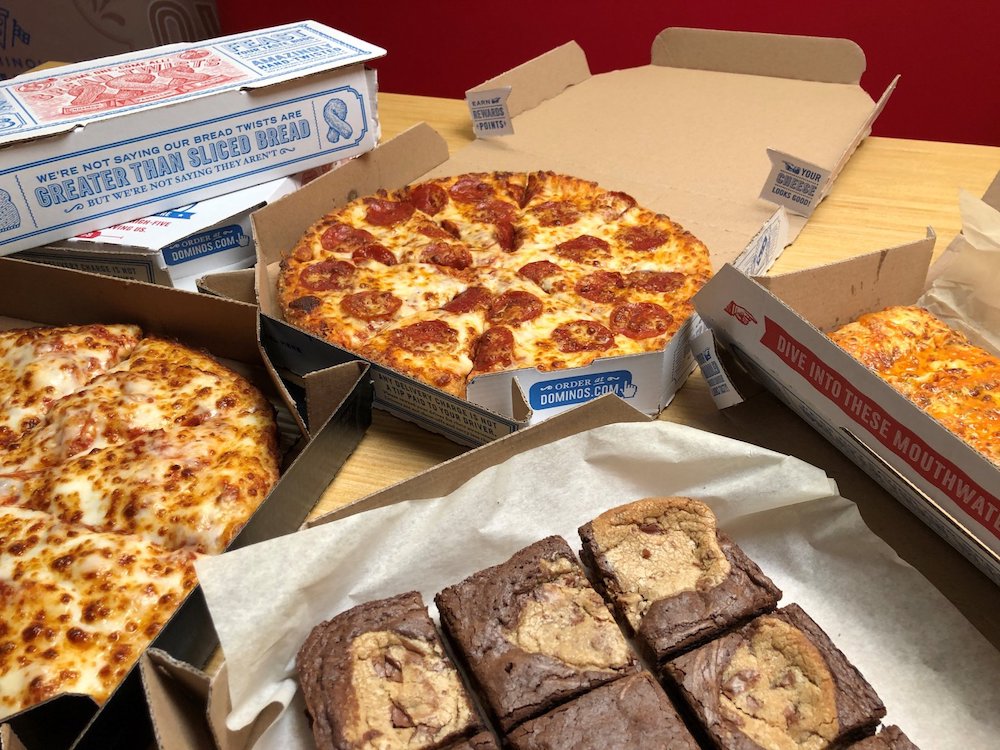 “If you look at market share leaders across a lot of industries, 22 percent, you’ve got a lot of companies that are much higher than that when they are the leading player,” Levy said in a recent interview with QSR Magazine. “So when we look at that, we say there’s growth out there.”

The chain has logged 38 consecutive quarters of same-store sales growth in the U.S., all without caving in to the third-party-delivery movement. Its second-quarter 2020 U.S. sales rose by 7.1 percent as the pandemic began to take hold on the country, while third-quarter sales jumped 17.5 percent while the pandemic raged on.

Meanwhile, the company reported a net growth of 44 stores in the third quarter. Under a strategy called fortressing, Domino’s currently operates 6,239 stores in the U.S. Sounds like more than enough, right? Wrong. The company is shooting for 8,000. And its franchisees aren’t complaining. The average EBIDTA for individual Domino’s franchise stores is $158,000, up from $143,000 in the previous year, QSR reports.

While most major chains have cut deals with third-party giants like DoorDash, Uber Eats and Postmates, Domino’s has held its ground, sticking with in-house delivery only. Levy told QSR that the third-party numbers just don’t add up. “The value proposition of paying $15 to get $9 worth of food delivered to you doesn’t make a lot of sense,” he said. “And the feeling you get when you see free delivery with a $12 service charge—it doesn’t start to feel free.”

Third-party platforms have to make a profit, Levy said, and Domino’s has “a lot of questions about what the long-term sustainability is of trying to take [more money] from a restaurant operator who maybe doesn’t have the margin to pay” the extra costs.

Domino’s aims to be the largest pizza company in the world, although it currently trails at No. 2 behind Pizza Hut. With 8,550 stores operating internationally, the company is plotting dramatic growth in overseas markets, hoping to add nearly 5,200 locations worldwide. For example, the company presently operates just 363 stores in China but believes the potential exists for 1,000 stores. “If you look longer-term, we fully expect a market like China, at some point, it’s going to be our second-largest market behind the U. S.,” Levy told QSR.