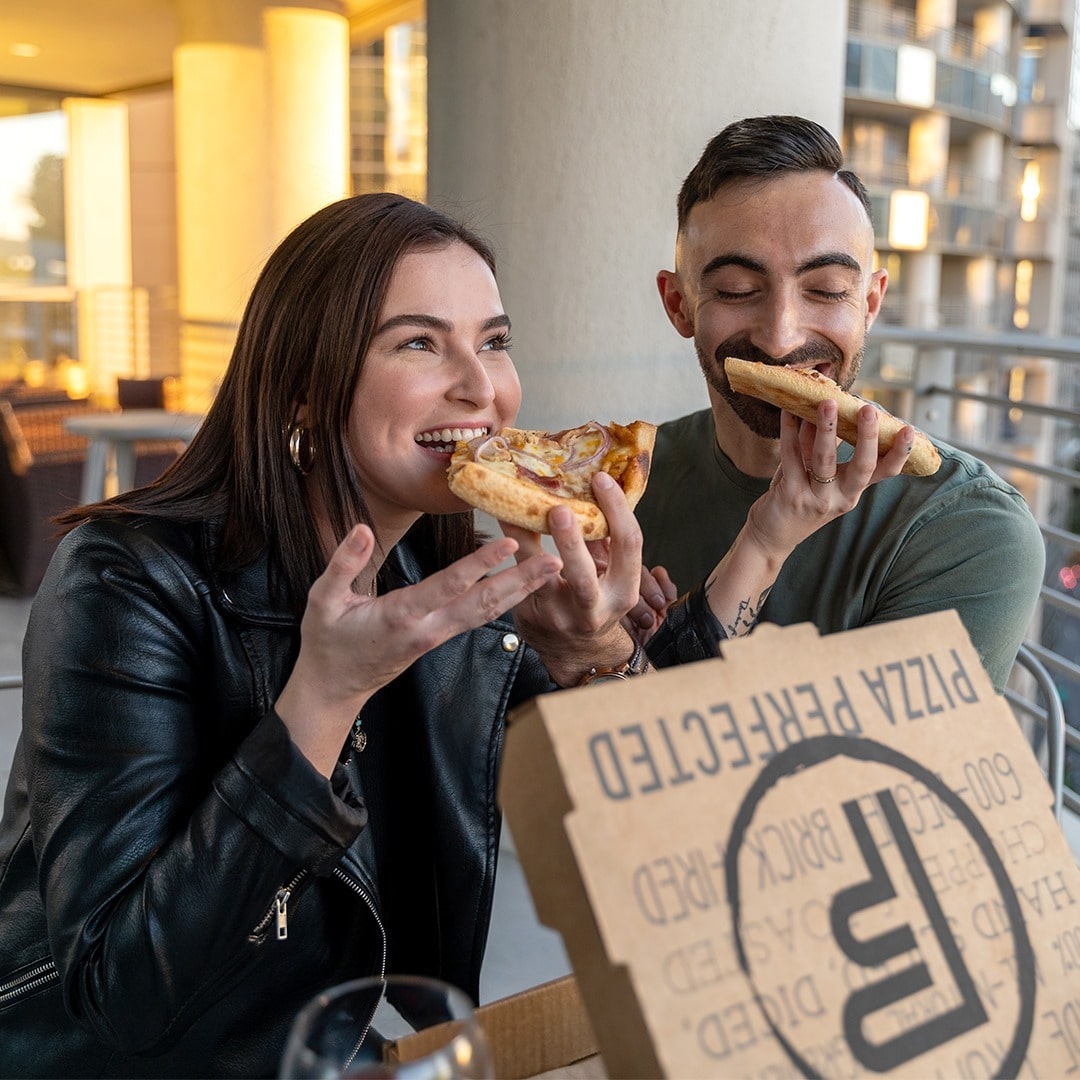 Flippers Pizzeria, with 14 locations in Florida, is one of many Sunshine State restaurants that dealt with pandemic-related restrictions in 2020.

Restaurant visits went down significantly nationwide in 2020, including a drop of 113,000 visits to pizza places, according to Zenreach, a leader in walk-through marketing.

Overall, according to Zenreach data, Americans paid 2.4 million visits to restaurants in January 2020. That number plummeted to 706,000 by December 2020. Nightclubs and bars fared just as badly, with visits down nearly 75 percent from pre-COVID-19 levels.

So which states saw the worst declines? A Zenreach survey found that, prior to the pandemic, Californians were most likely to dine out, with 437,000 restaurant visits in January 2020. But by December of the same year, that number had shrunk dramatically to just 71,000. That was good enough to keep California at the No. 2 spot on the state-by-state list, but it was less than half of Florida’s number of 149,000 restaurant visits in December 2020.

All of the five top states are COVID-19 hotspots in the U.S. California and New York enacted sweeping dine-in lockdowns and capacity restrictions statewide, while Florida’s rules were somewhat more lenient. 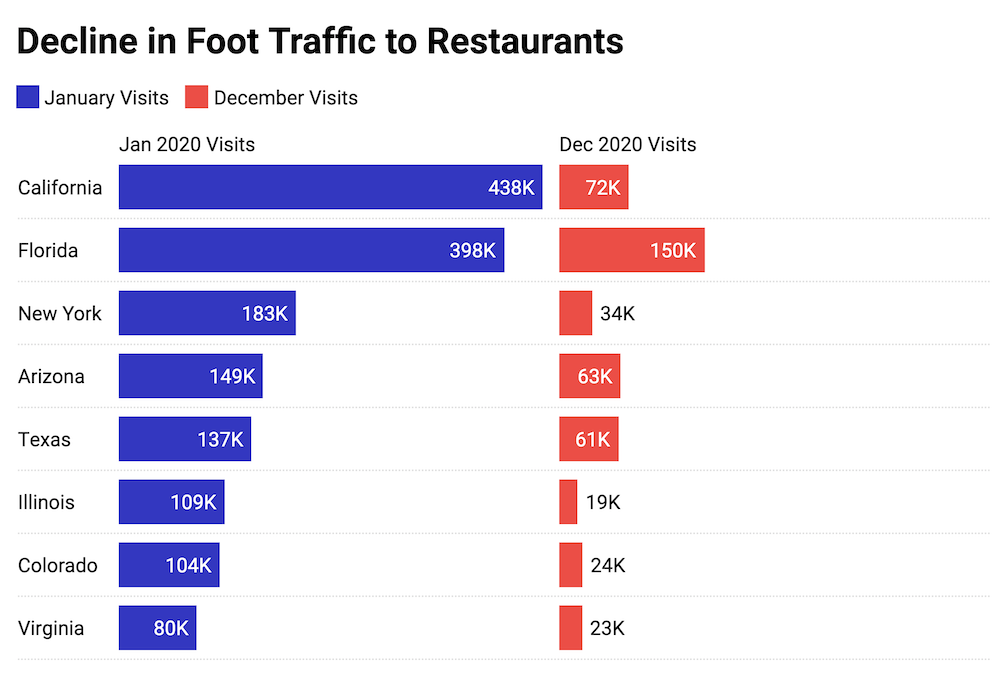