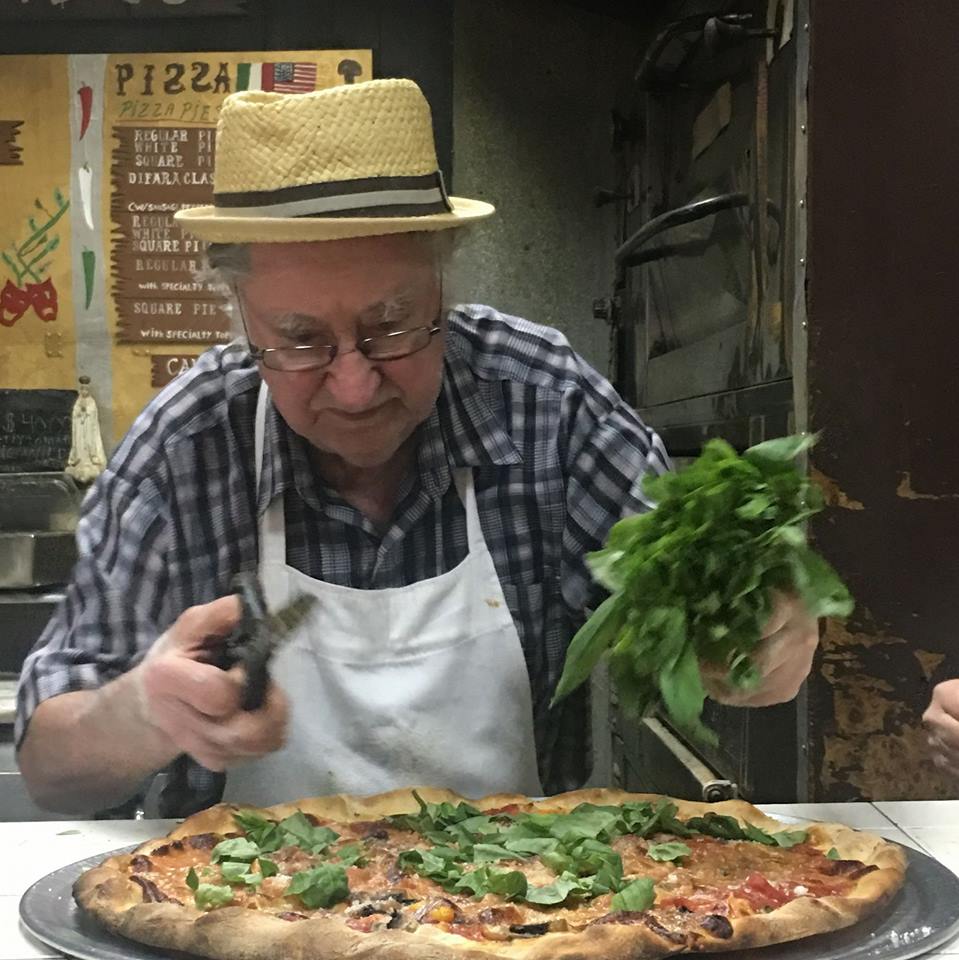 Di Fara Pizzeria, one of the most beloved pizza institutions in New York, failed a health inspection and had to temporarily close its doors, according to an NBC News report.

DeMarco has been making pizzas by hand—one at a time and taking his sweet time—for his Midwood customers since 1964. About a year ago, DeMarco cut back his hours and turned most of the day-to-day operations over to his children. For most of his 50-plus years as a pizzaiolo, DeMarco worked seven days a week and made every pizza himself. As the founder stepped back from the day-to-day operations, the pizzeria even started offering limited delivery via UberEATS and launched a website.

Di Fara is expected to reopen once it meets the local health code requirements. According to NBC, the violations included “food not being protected from potential contamination; cold foods not being stored at a safe temperature; and evidence of living mice in the facility and food prep areas.”

The pizza shop has been closed down for health code violations before – in 2016 and 2011, according to NBC.