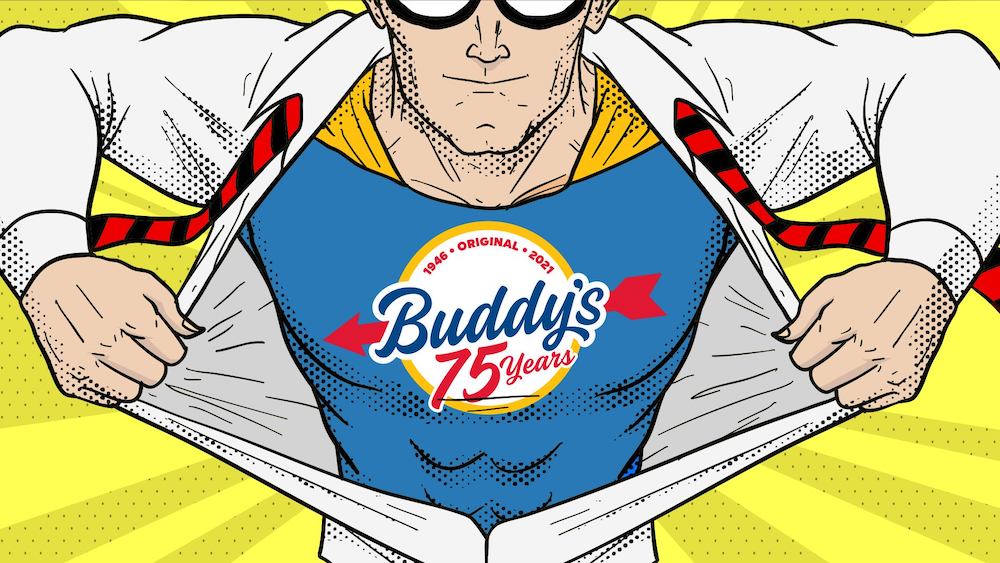 Pizzerias around the country will celebrate a milestone event in pizza history on June 23, and Buddy’s Pizza in Detroit will lead the way.

To celebrate its 75th anniversary and National Detroit-Style Pizza Day, Buddy’s Pizza, creator of Detroit-style pizza and founder of the national day, has partnered with pizzerias in cities from Los Angeles to New Orleans to give back to their communities. Each participating Detroit-style pizzeria will donate a portion of sales on June 23 to a local nonprofit organization fighting hunger and/or homelessness.

“This year, we’re celebrating not only 75 years since creating Detroit-style pizza, but also the immense growth of the style in recent years,” said Wes Pikula, chief brand officer of Buddy’s Pizza. “A style that was once regional and started out of a single location in the Motor City in 1946 is now in high demand across the country. Buddy’s has been giving back to the communities we serve for decades, and we want to encourage other Detroit-style pizza restaurants to make community giving part of their mission, too. We’re proud to join forces with these other pizzerias to collectively help people in need.”

Buddy’s will donate $1 from every pizza sold at all 19 locations on June 23 to three Michigan nonprofit partners fighting hunger and homelessness: Community Housing Network in metro Detroit, Haven House in mid-Michigan and Housing Resources Inc. in western Michigan.

Other participating pizza companies from across the nation include:

In Detroit, June 23 is also known as Buddy’s Pizza Day, which was recognized by former Detroit Mayor Dave Bing and the Detroit City Council to credit Buddy’s Pizza for putting Detroit on the pizza map and showcasing the city’s innovation. The new national day allows Detroit-style pizzerias around the nation to honor the history, the style and the roots of where it began, all for a good cause.

Buddy’s Pizza opened in 1946 at the corner of Six Mile and Conant in Detroit, previously a speakeasy called Buddy’s Rendezvous. Using a bit of ingenuity and square blue steel pans intended to hold nuts and bolts at local automotive plants, Gus Guerra, along with friend and employee Concetta “Connie” Piccinato, created the first Detroit-style pizza—a square-shaped pie that was the first of its kind in a world of round pizza.

Detroit-style pizza has grown beyond Buddy’s into a nationwide phenomenon that you can find from Brooklyn to Denver to Los Angeles. For more information on the observance, visit https://nationaldaycalendar.com/media-alert-new-day-proclamation-national-detroit-style-pizza-day-june-23/.