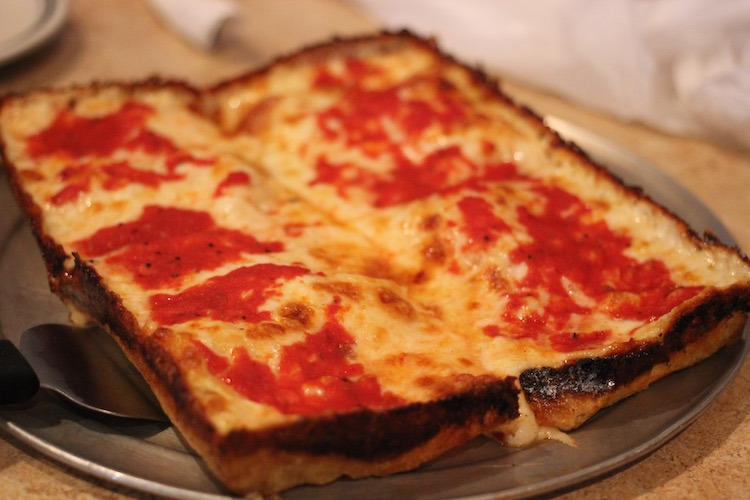 Detroit-style pizza is finally getting its moment in the spotlight.

I say finally because, growing up in Michigan, I wondered why all of the pizzas were flat when my family moved to California when I was 13.

I had to wait close to 20 years before I saw another Detroit-style pizza.

It wasn’t until I started working at PMQ and helping to organize the annual pizza competitions around seven years ago that I ran into two pizzeria operators competing with Detroit-style pizza (that was Via 313 in Austin, TX and Detroit Style Pizza Company in St. Clair Shores, MI). It was a fantastic moment that I knew would change the pizza landscape forever. I knew that if Detroit-style pizza was being introduced on a national platform such as pizza competitions, there was a chance it could finally get the notice and credit it deserved.

Here we are, less than 10 years later, and Detroit-style pizza is actually becoming a trend!

Scott Wiener from Scott’s Pizza Tours in New York, recently went on a pizza pilgrimage to Detroit to tour some of the first, best, and most historic pizzerias putting out Detroit-style pies.

Some of the big ones he visited included Buddy’s Rendezvous, Cloverleaf, Loui’s Pizza and Detroit Style Pizza Company. Being from New York, even Scott admitted to liking Detroit-style pizza.

Trust me when I say that it’s hard to resist that thick, crunchy crust and caramelized cheese.

If you haven’t experimented with this style yet, make a plan to test out a recipe or two.