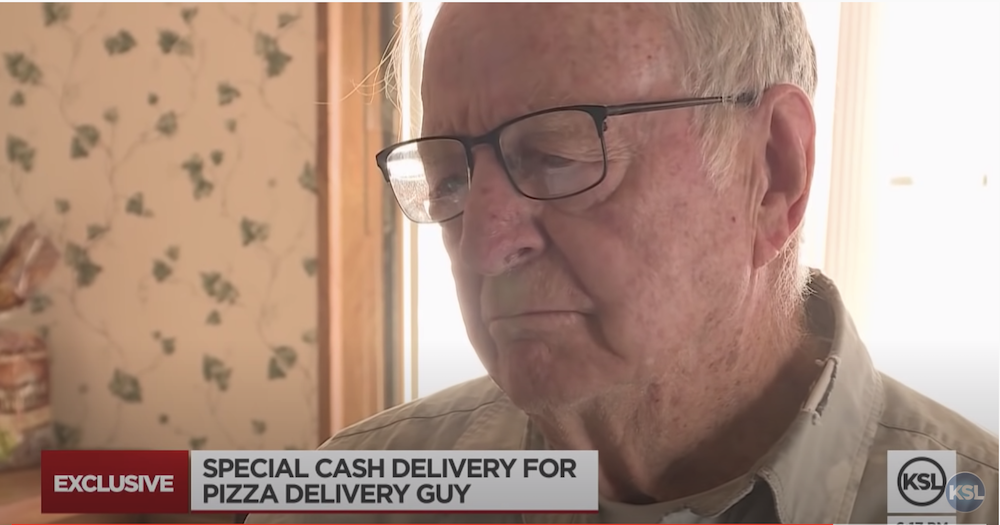 KSL-TV tagged along with the Valdez family to capture Derlin Newey's reaction to a $12,000 donation from the Valdezes' TikTok followers.

Sharing videos on TikTok might be a youngster’s pastime, but one of the app’s most beloved stars is an 89-year-old man who delivers pizzas to pay his bills.

Derlin Newey works 30 hours a week for a Papa John’s store in Roy, Utah, because he can’t afford to live on Social Security alone. He has become so popular with customers that some call in and specifically request him to deliver their pizzas.

The Valdez family have taken it further: Whenever Newey appears on their doorstep, they shoot videos of his deliveries for their TikTok channel, @vendingheads, which has more than 53,000 followers. “It’s insane,” Carlos Valdez told CNN. “Everybody loves him.”

After several of their TikTok followers asked why Newey delivers pizzas at his age, the Valdezes decided to raise money to give his bank account a boost. Before long, they made a delivery of their own, bringing an envelope stuffed with $12,069 in cash to Newey’s mobile home, with a crew from CNN affiliate KSL-TV in tow.

“How do I ever say thank you?” Newey said, holding back tears as the cameras rolled. “I don’t know what to say.”

“This couldn’t have gone any better,” Valdez told KSL-TV. “He needed this. I’m just glad we could help him. We just need to treat people with kindness and respect the way he does. He stole our hearts.”

For his part, Newey seemed to know little about TikTok and the online community that had pitched in to help him out. “Do you communicate with each other through the telephone?” he asked.