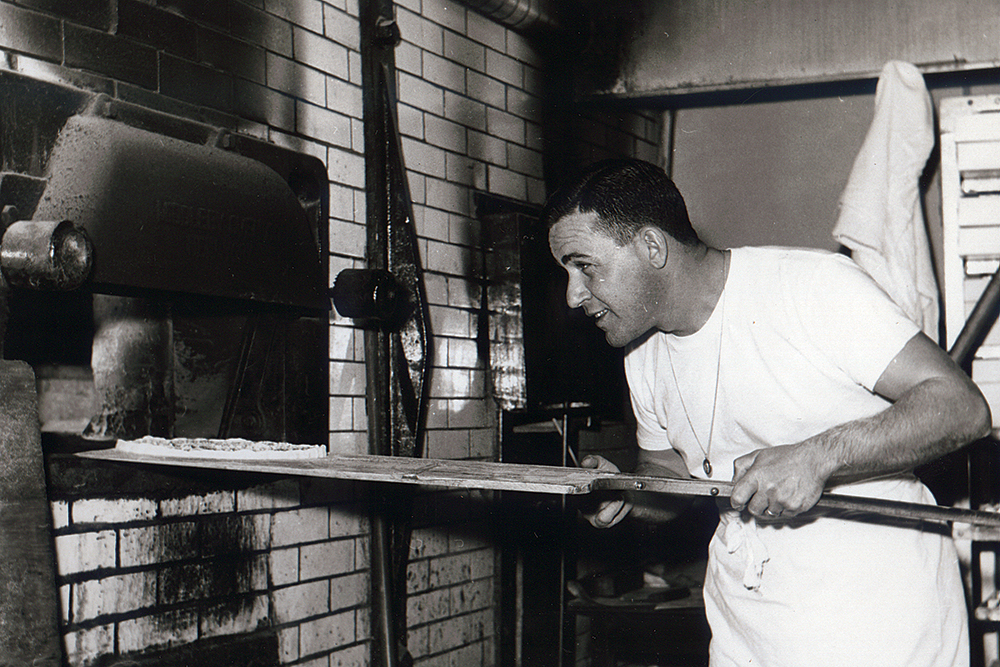 When Constantino DeLucia arrived in the United States from Naples, Italy, as a teenager and went to work at a bread bakery, little did he know he was honing skills that would set the course for generations of his descendants. After running a small bakery and doughnut shop in Somerville, New Jersey, he opened a location in nearby Raritan in 1917, crafting bread loaves that he’d sell by horse and buggy as far as 20 miles away. By 1935, pizza was added to the operation, and in the ’50s, Constantino converted to an all-pizza menu. 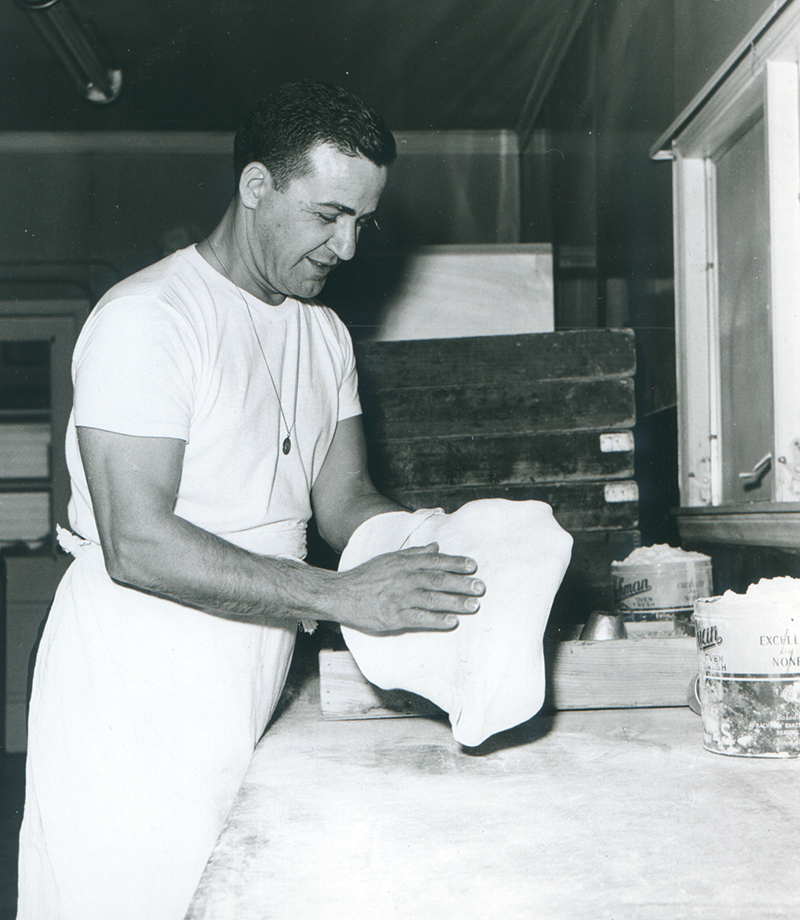 “He figured that he could make more money with pizza,” recounts Christian DeLucia, great-grandson of Constantino and current manager of DeLucia’s Brick Oven Pizza (deluciasbrickovenpizza.com). “He worked at the business literally until the day he died in 1978.”

Today, the business is still family-run: Constantino’s grandsons, Allan and Joseph (at 68 and 70 years old, respectively), make the dough each day while Christian mans the cavernous, nearly 100-year-old brick oven where Constantino used to bake 250 bread loaves at a time. The menu remains stripped down, with only pizza, calzones and two salads, and the family has never advertised, relying solely on word-of-mouth. But that doesn’t suggest a lack of innovation; DeLucia’s was an early purveyor of frozen pizzas in the 1950s and still sells them in local supermarkets, convenience stores and bars. “We have reasonable prices, and no one can duplicate our product,” Christian says. “Our pizza has been exactly the same forever, and we have customers who have been coming in for 65 years.” 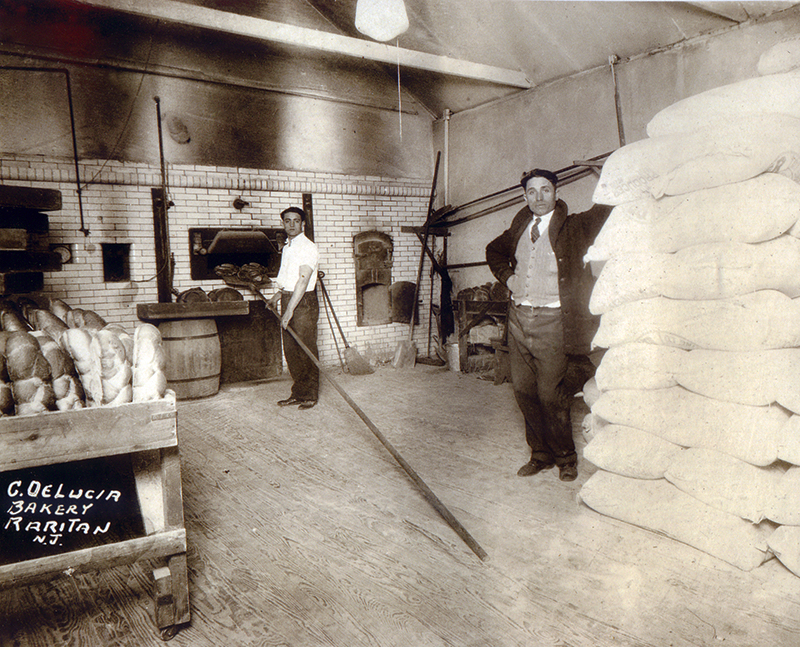 With a mere 10 tables and no delivery, the pizzeria is a compact powerhouse, attracting customers from miles around. It also garners its share of media attention, as when DeLucia’s got awarded Best Plain Pizza in the state by the Munchmobile Pizza Patrol in 2010. “It was kind of overwhelming to get that award, but we just do what we do,” Christian says. “We’re very old-school, but I wouldn’t change it. Simple is easy.”