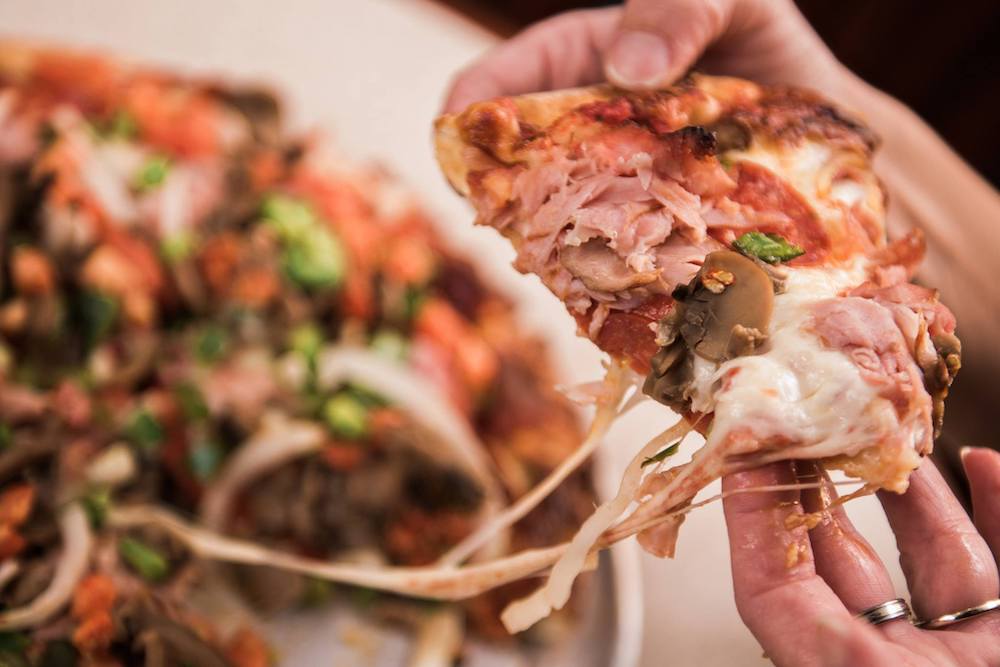 A specialty pizza at DeLuca's Restaurant and Pizzeria

After 61 years in business, the family that owns DeLuca’s Restaurant and Pizzeria in Lansing, Michigan, are looking for a buyer, according to a short post on the company’s Facebook page.

“Unfortunately, this time the rumor is true,” the post reads. “After long deliberation, we’ve put DeLuca’s Restaurant up for sale. We’re looking for someone who would run it just like we have over the years.”

DeLuca’s opened in 1960 as the Willow Bar, a neighborhood watering hole serving nearby factory workers. Operated by Italian immigrants and brothers Pat and Jim DeLuca, it underwent a name change and transitioned into a family eatery. The pizzeria was eventually passed down to Pat’s son, John DeLuca, and his brothers, Chuck and Tom.

DeLuca’s was inducted into PMQ’s Pizza Hall of Fame in 2010.

John told the Lansing State Journal that the family has been pondering a sale over the past six months. “Believe me, this isn’t an easy decision,” he said. “To be truthful, I don’t know where the years went. They just went right by. I’ve walked out of that back door so many times and wondered, ‘When will it be the last time I walk out that door?’”

John has been working at his family’s restaurant since he was 14. “The gist of it is, we’re just tired,” he told the newspaper. “It’s just time.”

The DeLucas introduced several pizza innovations to Lansing, including the 18-inch pie, stuffed-crust and deep-dish pizzas, and unique toppings like spinach and tuna.