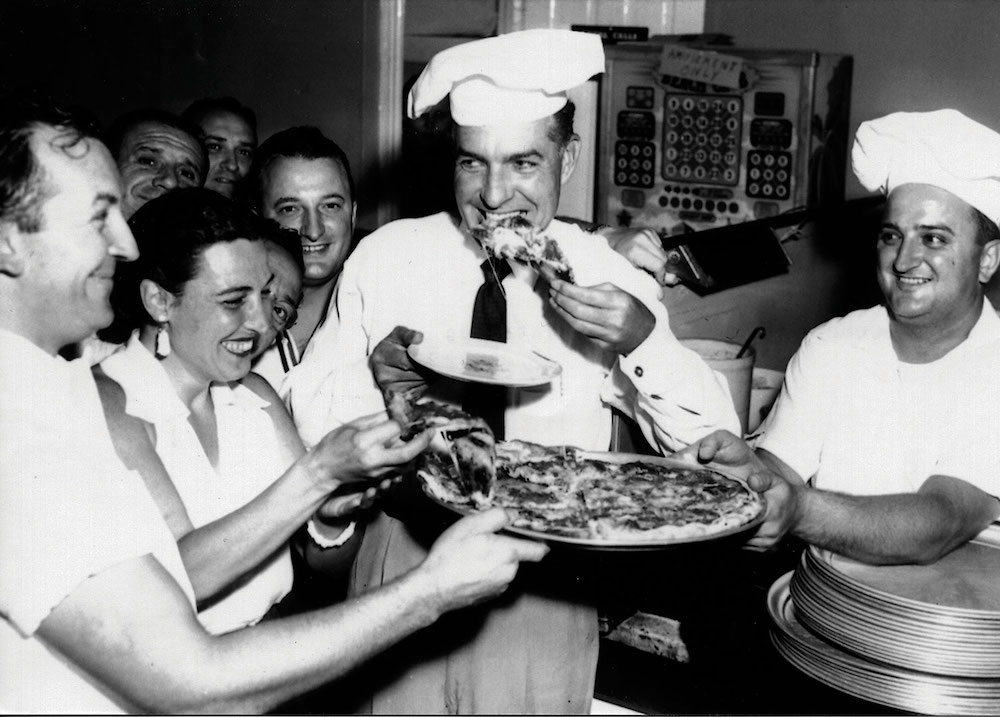 Eventually, Chick opened his own pizzeria in Trenton, New Jersey, in 1947: De Lorenzo’s Tomato Pies. Chick eventually passed along the business to his daughter Eileen and her husband Gary Amico, and their son Sam helped out from childhood—until Sam decided to strike out into the suburbs of Robbinsville, New Jersey, to cater to a new generation of De Lorenzo’s pizza fans. “I was born into the business, starting as a dishwasher when I was a kid; later, I made pizza five nights a week,” he recalls. “It was a big risk to open a new place, and even though everything’s going well, I don’t take it for granted.”

Although the Trenton shop is no longer in operation, De Lorenzo’s still has two locations: one in Robbinsville and one in Yardley, Pennsylvania. Of course, the core De Lorenzo’s recipe is at work at both stores, and the Amico family takes pride in the consistent quality of the product. Their recipe uses California whole tomatoes that are hand crushed and blended with other tomatoes to make the most important component of the tomato pies. The thin, crispy crust has followed the same recipe for nearly 65 years, and the mozzarella (true to tomato pie fashion) goes on before the sauce.

This recipe has led to dozens of awards for the pizzeria over the years, plus a loyal following that still crowds the original location. Barstool Sports’ Dave Portnoy couldn’t resist trying out De Lorenzo’s in 2019 for his One Bite video series (see below). “This thing has bite, it has pop, it has spunk, it has pizzazz,” Portnoy declared. “This is great pizza,” he added, giving it a rating of 9.2.

Amico credits the pizzeria’s longevity to hard work and the willingness to keep learning, adjusting and adapting. “In a true family-run business, you know that people care about what they’re doing, that the people involved have passion and really like what they do,” he says. “After [36] years in the business, I’m still learning every day. Once you think you know everything, that’s when things go bad.”

This article has been updated from the original version that was published in 2011.