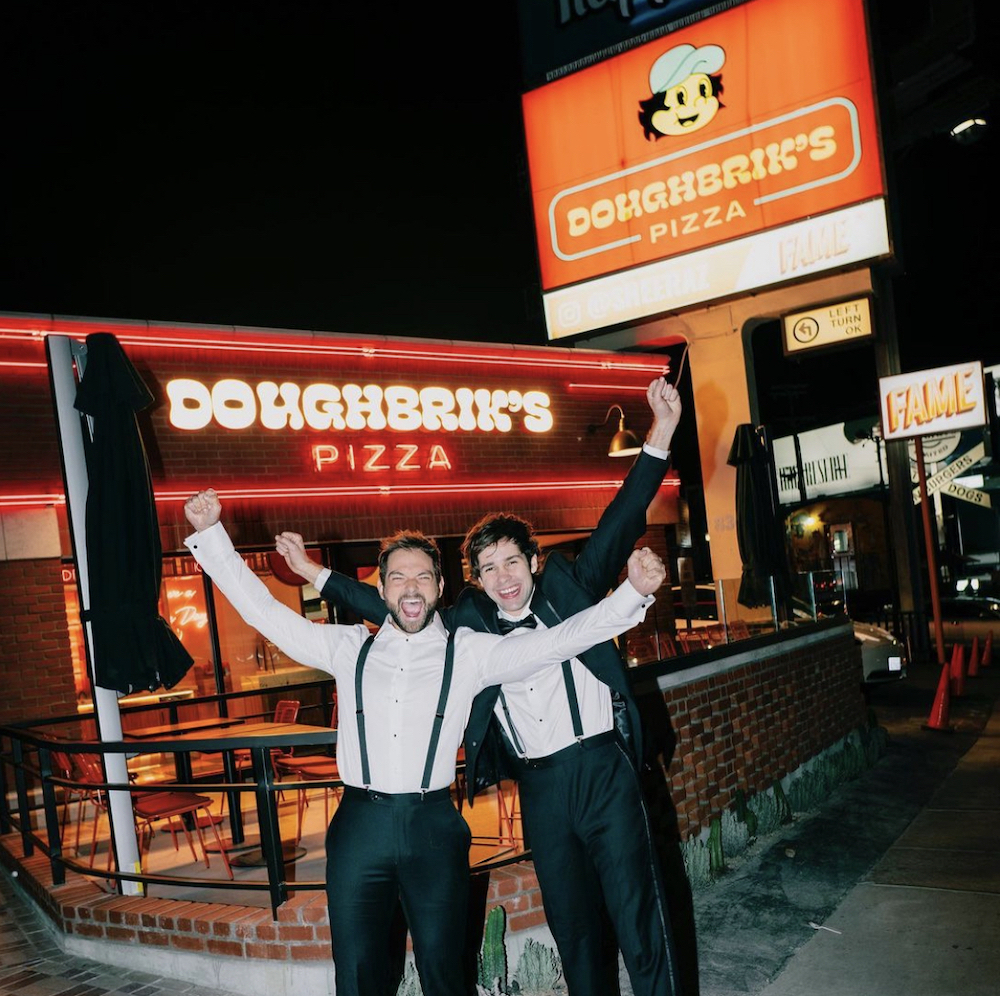 David Dobrik, one of YouTube’s most popular content creators, has lent his star power to the pizza industry with Doughbrik’s Pizza, which opened Saturday, November 12, on Sunset Boulevard in Los Angeles.

The pizzeria is a partnership between Dobrik, who has more than 19 million subscribers on YouTube alone (not to mention millions of followers on other social media platforms), and Lemonade, an L.A. chain focused on fresh and healthy fare, as well as Dobrik’s longtime friend, Ilya Fedorovich

Doughbrik’s offers two types of crust—Chicago-style tavern and “doughy,” the latter sporting what Eater.com describes as a base similar to focaccia. The menu boasts eight specialty pizzas, all of them in the traditional American-pizza mold, such as Cheese, Pepperoni, Meat Lovers, Hawaiian and Supreme options. Customers can order whole pies (ranging between $19 and $38) or slices ($4.50 to $6.50). Another pie, simply called Chicago, features a variety of cheeses, plus fresh mozz, Italian sausage and a hot giardiniera mix.

“I wanted to create a pizza influenced by all my favorites and a bit of my Chicago roots,” Dobrik, a Chicago native, told Locale Magazine. “Doughbrik’s is a place to come hang out for a quick slice, devour a whole doughy pie or grab a scoop of my favorite midwestern Blue Moon ice cream.”

For the grand opening, Doughbrik’s created a series of limited-edition circular pizza boxes given to the first 300 customers. Adding to the fun: As Dobrik explains in the TikTok video below, every pizza order comes with a token that can be redeemed for a free drink or, better yet, a quick little pizza dance party: Insert the token into the designated slot on the pizzeria’s interior wall, push a button, and dance music plays for 15 seconds.

“Created through the eyes of content creators, the green and orange decor, neon signs and minimalistic menu make it feel as if you’re jumping right into a diner-esque Hollywood set—2022 edition,” Locale Magazine reports.

According to KTLA, customers, most of them younger, formed a long line for Doughbrik’s opening day and waited up to four hours to get into the new restaurant. Some even brought sleeping bags and camped out on Friday night to beat the crowd.

“It’s so cliche to say, but it just doesn’t make any sense,” Dobrik told KTLA, referring to the turnout. “And I know that’s what everyone says, but when you’re here and you’re seeing this, it’s the most crazy feeling in the world.”