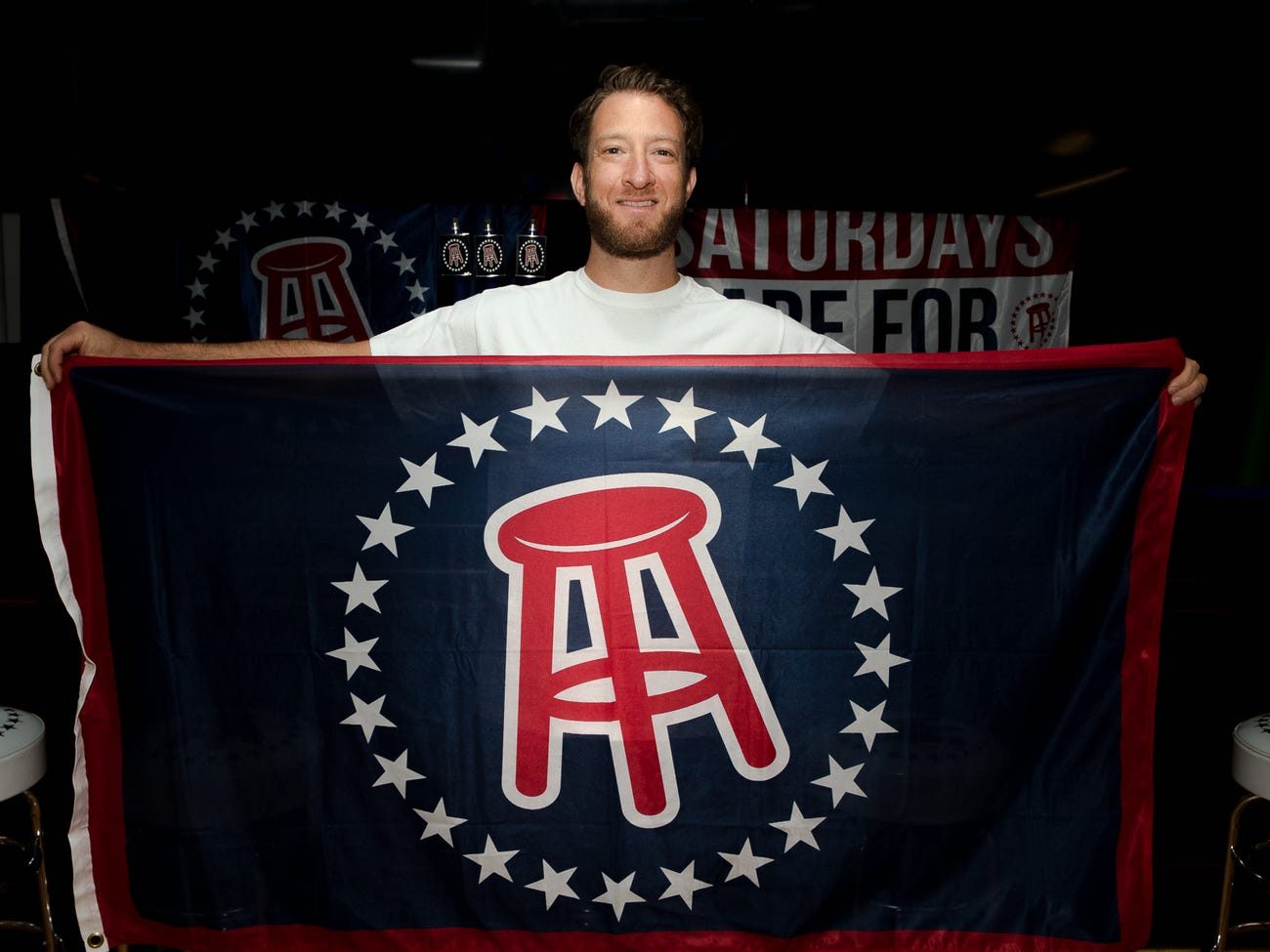 New York pizza blogger the Pizza Cowboy reported last week that the restaurant will be called Alright Frankie, a reference to a catchphrase Portnoy uses in his famous (some might say infamous) one-bite pizza review videos. Portnoy frequently critiques pizzerias’ fare based on a single chomp in the videos, often stirring up controversy and hurt feelings in the process.

In August 2019, Portnoy drew the ire of New York Rep. Alexandria Ocasio-Cortez for threatening to fire any of his employees who contact a reporter or an attorney about forming a union. The clash arose belatedly from a June 2015 Barstool Sports blog in which Portnoy responded to a USA Today story about staffers at Gawker Media voting to unionize with the help of the Writers Guild of America.

“BAHAHA!” Portnoy wrote in the 2015 blog. “I hope and I pray that Barstool employees try to unionize. I can’t tell you how much I want them to unionize. Just so I can smash their little union to smithereens.”

According to Business Insider, Portnoy repeated his threats in a tweet in August 2019, stating he would fire any employee “on the spot” for reaching out to Rafi Letzter, a staff writer at Live Science, who encouraged Barstool Sports employees to send him a private message about the unionization process. He also tweeted that he would fire employees who hired pro-union attorney Matthew Weir of the law firm Holwell Shuster & Goldberg LLC. 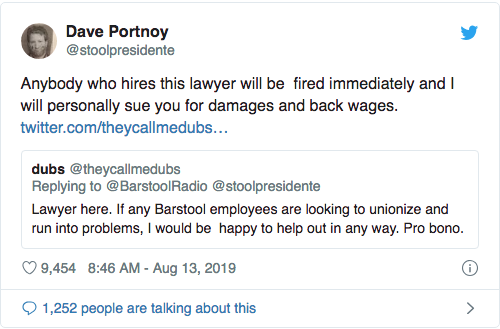 Those tweets prompted a Twitter response from Ocasio-Cortez, who noted that Portnoy was “likely breaking the law and can be sued” for threatening to fire employees looking to unionize. Portnoy tweeted back at her and challenged her to “debate me.” 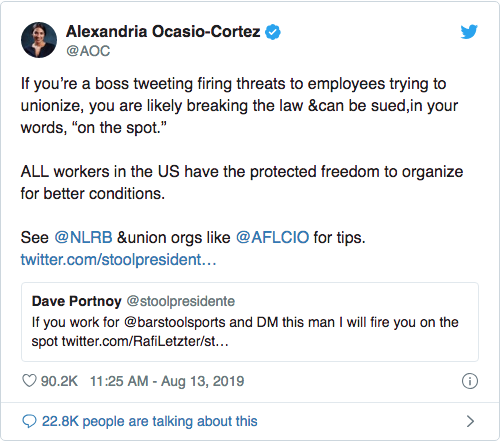 Portnoy’s tweets led to an investigation by the National Labor Relations Board, according to the Hollywood Reporter.

But for Dave Portnoy to open a pizzeria and enjoy success, he might have to overcome his own notoriety. Eater points out that Barstool Sports “is known for being crude and posting misogynistic posts, such as jokes about rape.” The site adds that it makes sense for Portnoy, as a self-styled pizza critic, to get into the pizzeria business himself, but “whether New Yorkers will embrace him is a different story.”