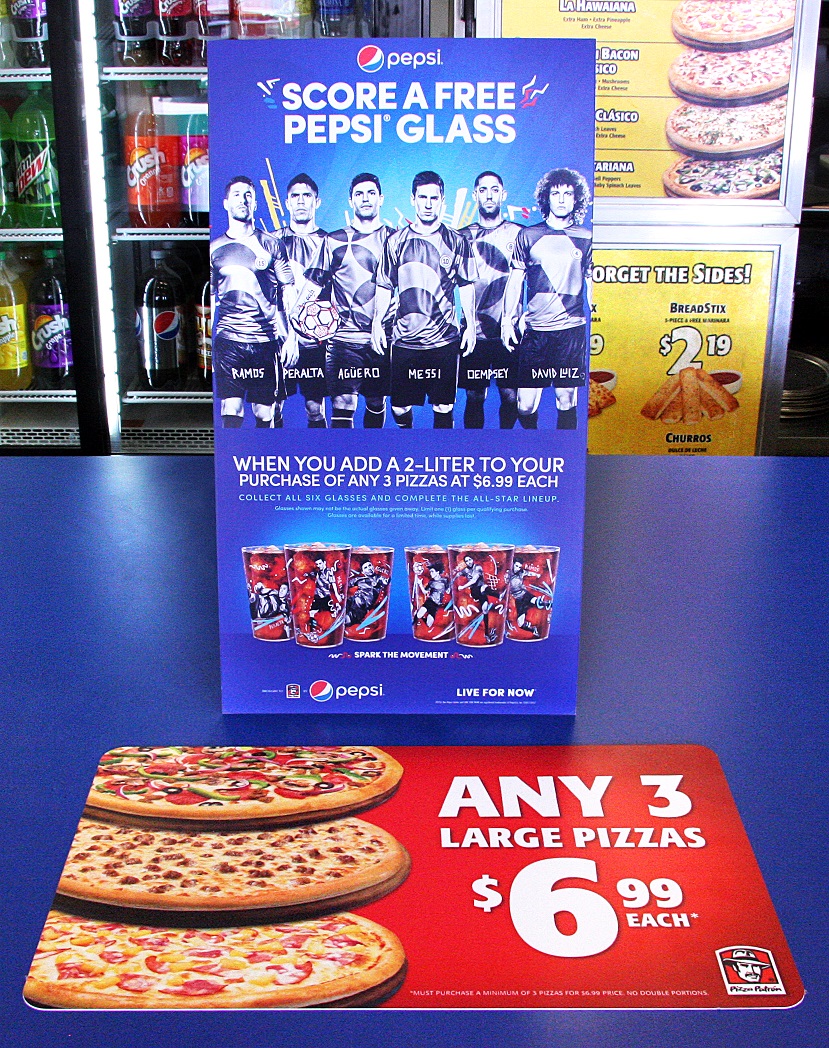 With the 2014 fútbol season getting ready to heat up in Brazil, Pizza Patrón has created a pizza combo perfect for fútbol game-watching parties and events with family and friends.  From June 1 to July 31, Pizza Patron’s “Any 3 for $6.99 each” offer will be available with no coupon required.

The campaign, supported by out-of-home advertising and Spanish radio spots in select markets, will allow Pizza Patrón fans to pick any three large pizzas they want for just $6.99 each.  Customers can choose from  more than a dozen topping options, as well as Pizza Patrón’s classic marinara or creamy Alfredo sauce bases.  The entire line of Pizza Patrón’s Favoritas del Patrón specialty pizzas, such as La Patrona and La Hawaiana, are also included in the deal.

“Our customers are huge fans of the big soccer games taking place this summer in Brazil," said Andrew Gamm, brand director for Pizza Patrón.  “We want Pizza Patrón to be a ‘must have’ part of the fútbol-watching experience, so we created a perfect game-day offer that’s hard to pass up.”

As a bonus, starting on June 1, in preparation for this Summer’s big soccer games, Pizza Patrón will be distributing free game schedule posters that contain valuable coupons and also feature the ‘Score a Free Pepsi® Glass’ offer.  Customers that add a 2-liter Pepsi® product to their ‘Any 3 for $6.99’ combo will receive a collectable glass featuring one of six all-star soccer players.  Glasses feature likenesses of Lionel Messi, Sergio Ramos, Oribe Peralta, Sergio Agüero, Clint Dempsey and David Luiz.