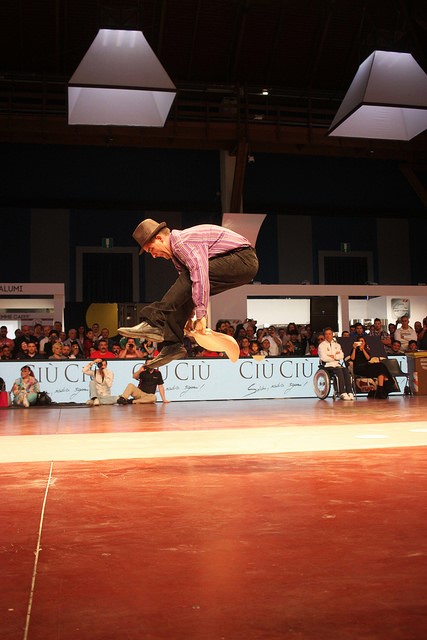 After finishing second two consecutive years in acrobatics at the World Pizza Championship in Parma, Italy, Groupon U.S. Pizza Team member Jamie Culliton of St. Petersburg, Florida, struck gold in 2016. Culliton was leading the field going into the finals and dazzled the judges on Wednesday, clinching the the U.S. victory.  Dancing and spinning dough between his legs and behind his back to the beats of Maroon 5’s Lucky Strike, Culliton drew cheers from the excited crowd with his hand stands and dough kicks while never seeming to break a sweat in his purple, striped shirt and trademark fedora. After the announcement that Culliton had finally tasted victory after two years of tantalizing runner-up finishes, the veteran pizza chef was hoisted on the shoulders of his ecstatic USPT teammates. “After two years of silver, Jamie is as good as gold,” said Steve Green, PMQ Pizza Magazine publisher. “We’re so proud of him and the whole U.S. Pizza Team. All is right with the world.” Here’s a link to videos of the performance and reaction. 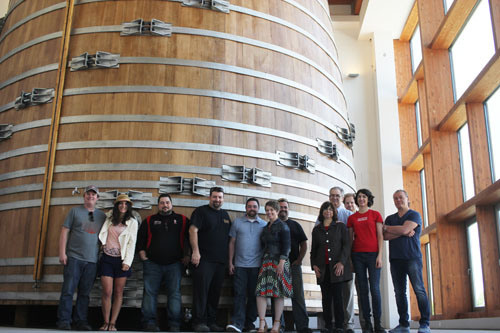 In Wednesday’s finals, which serve as the main event of the yearly pizza competition, Culliton scored 469, good enough to beat five other finalists, (including former World Champion Dan Leicu) by only two points! At tonight’s awards ceremony, Culliton will add gold to the hardware he already won with back-to-back silver in the previous two years’ contests.

The new World Champion credits his success to continuous improvement over 10 years of work competing in Freestyle Acrobatic contests around the world. “In my first competition, I came in last,” he recalled. “I worked hard for over ten years to get here, and if that can be an inspiration to anybody….if I can start from last and win gold, you guys can, too. But it’s not about being the champion. It’s about being part of a team. I couldn’t have done any of this without each and every team member that has been supporting me all these years.”

On Tuesday, a core group of the Groupon U.S. Pizza Team received an education in all things Balsamic at the Aceto Balsamico di Modena. Aceto Balsamico is one of Italy’s largest producers of balsamic vinegar and are a parent company of several popular brands. The Aceto staff toured the team around massive vats of aging vinegar, and offered samples of four different quality classifications of balsamic for comparison. The Pizza Team learned all about the reduction process, which much like wine, can last over 100 years.

Jason Samosky of Samosky’s Homestyle Pizza in Valley City, Ohio, exclaimed, “I never knew anything about this before. Now I’ve got all kinds of ideas on making my own!”

Mad Mushroom’s Dave Sommers’ interest was similarly peaked. Upon looking at some smaller aging barrels, the West Lafayette, Indiana, pizzeria operator inquired, “Can you buy this whole set and have it shipped to America? I’m serious.” 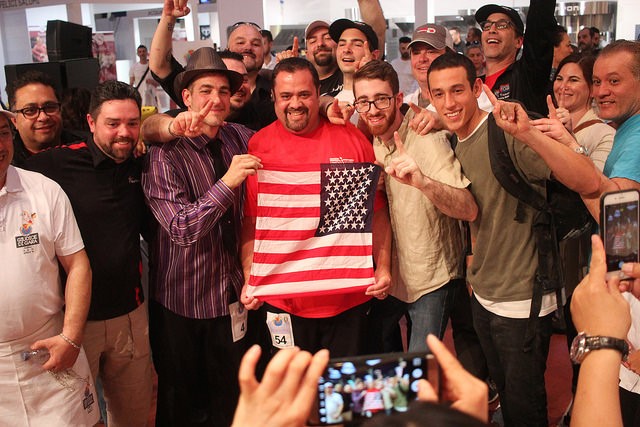 Later on, the teammates took a stroll through beautiful downtown Modena, and enjoyed a delicious three-course lunch at Ristorante Oreste, an adorable cafe with an old-school feel and working vintage jukebox from the 1960s. Meanwhile, back at the Fiere di Parma, Leonardo Giordano of Mona Lisa Pizzeria in Staten Island competed in Pizza in Pan with a pie that featured dough with smoked pancetta, topped with scamorza pugliese, fresh figs, gorgonzola mousse, robiola and balsamic reduction. Quartino chef John Coletta of Chicago competed in the prestigious Heinz-Beck gourmet competition in the second day of culinary events with a Crespelle; a crepe filled with mint and grated lemon, with asparagus and fresh truffles. “The judges looked really excited by the dish I made.  We’ll see what happens,” Coletta explained. 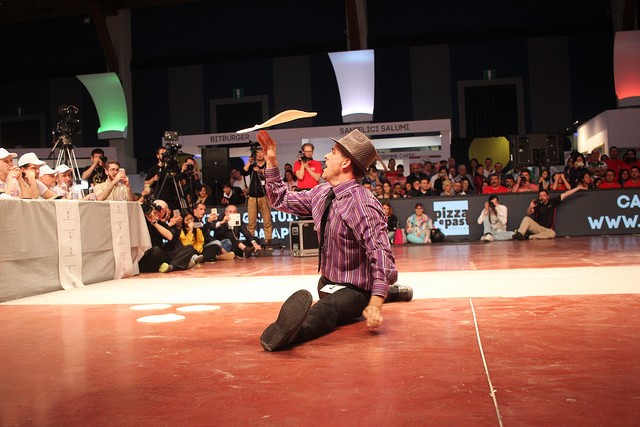 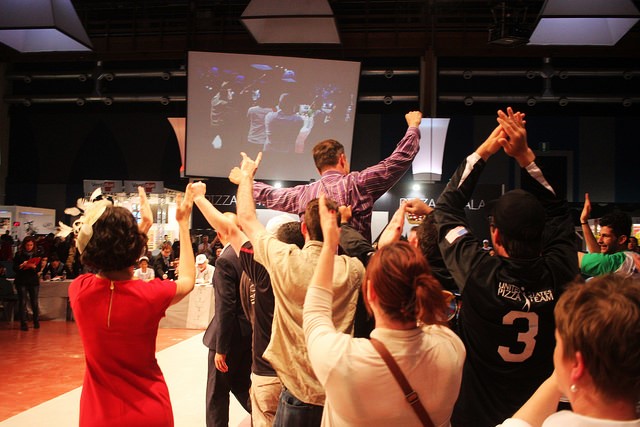 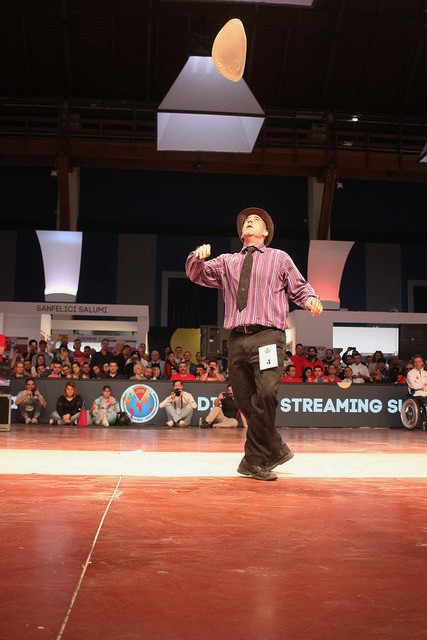 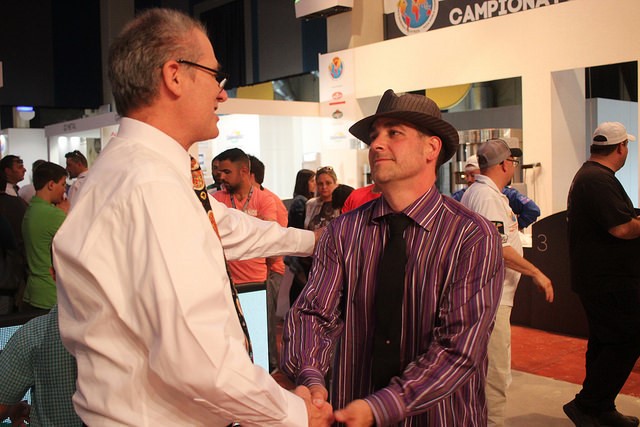 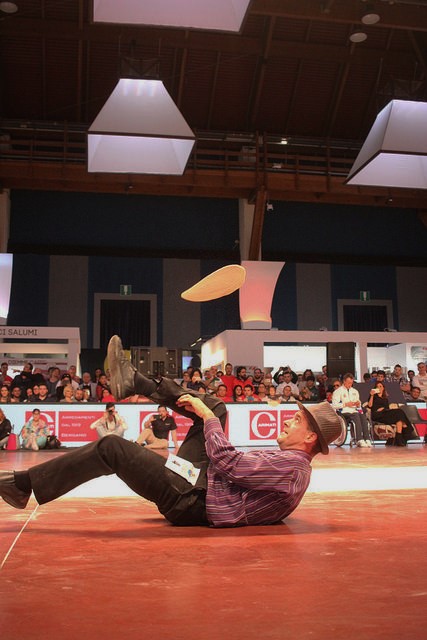