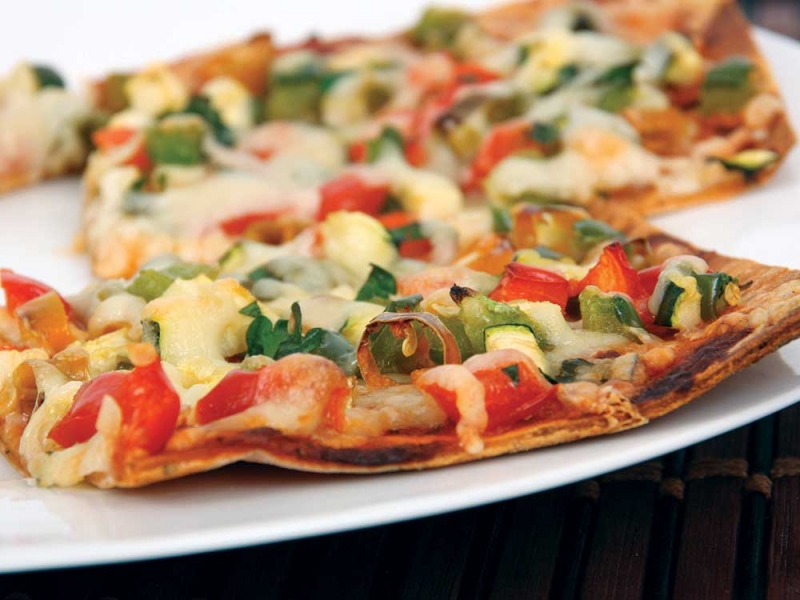 Q: Tom, I read somewhere that you developed a thin Chicago-style cracker crust that maintains a crispy texture throughout the entire bottom of the pizza, not just the corners of slices. What is the best way to achieve that level of crispiness?

A: We developed this method a good number of years ago. It came about because certain operators liked the Chicago-style thin-crust pizza, but their customers, most of whom didn’t hail from the Windy City, demanded a crispier crust. This crust utilizes a flour with 11.5% to 12.8% protein content. Flour with a higher protein content can be used, but it may pose some difficulties in sheeting the dough without tearing.

Procedure:
Add water, instant dry yeast and oil to the mixing bowl and mix together for 2 minutes. Add the flour and salt (and sugar, if used) and mix for 2 additional minutes at low speed. The resulting dough will appear very rough and shaggy. (Don’t worry; this is how it’s supposed to look!) Take the dough directly to the bench and scale into 400g pieces for 12” crusts or 510g pieces for 16” crusts. Push the dry flour and wet pieces of dough together to form a puck shape. Place the dough pucks onto a lightly floured sheet pan and wrap with plastic, or insert into a food contact-approved plastic bag. Take the dough pieces to the cooler and allow to hydrate/ferment for at least 24 hours. After that, remove the dough from the cooler and allow it to warm at room temperature for about 2 hours. Sheet the dough using multiple passes through a dough sheeter/roller to give a rounded shape about 3/16” in thickness. Dock the dough sheet with a pizza docker and drape the dough over a baking disk or screen, using a dull knife or metal blade bench scraper to trim off the excess dough from around the edges.

The dough can be dressed to order and baked now, or it can be par-baked for about 2 minutes and then dressed to order. The first method works well for dine-in, while the second (par-baking) gives a finished crust that is better suited to delivery and carryout as well as for use on a pizza buffet. The resulting crust is much crispier than a traditional Chicago-style thin-cracker crust.

The hardest part about making this crust is getting used to the appearance of the dough after mixing. You absolutely should not overmix the dough. If in doubt, stop mixing earlier rather than later. For the finished dough, you should see a mix of about 25% to 30% dry material, with the remainder being partially hydrated flour. During the following 24-hour rest period in the cooler, the dough will more fully hydrate, and you should be able to sheet it without much difficulty. (We have not been able to open the hydrated dough balls into pizza skins using any method other than sheeting/rolling.)

The late Tom “The Dough Doctor” Lehmann was a regular contributor to PMQ Pizza Magazine, a leading industry consultant and the longtime director of bakery assistance for the American Institute of Baking (AIB).