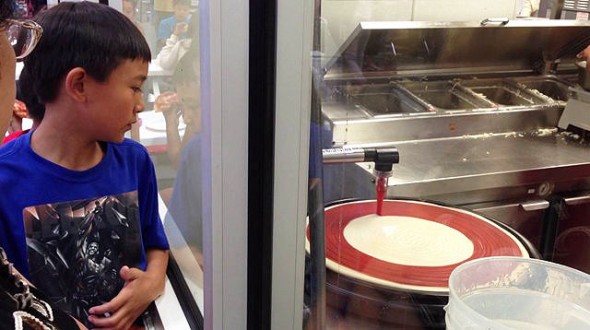 Remember the 90s-era kid's toy that splattered paint on a spinning piece of paper creating what every child–and parent–thought was a masterpiece?

That contraption's pizza-making counterpart is causing a sensation at Costco, according to Geek.com. Costco created this spinning pizza machine, serviced by an operator who places dough on the spinner table. A spout strategically slathers sauce on the rotating dough. Quantity defiantly trumps overall quality for this Costco pizza maker, which  produces up to 350 pizzas per hour based on five different dough varieties.

Check out the incredible potential of robot-made pies.