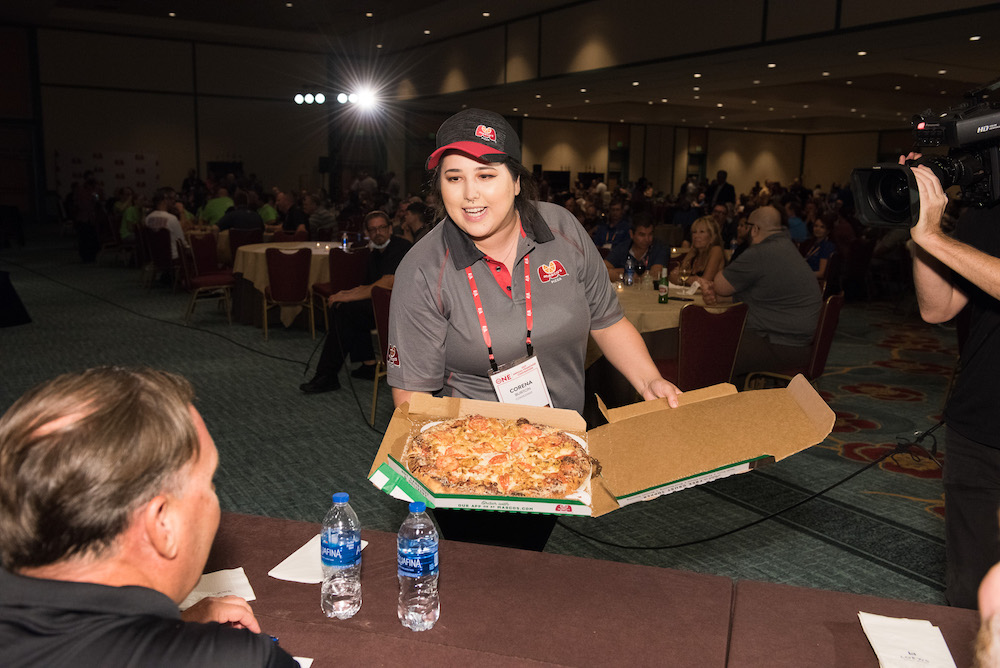 Corena Burton, the general manager at a Marco’s Pizza location in Spring, Texas, vanquished all challengers in a pizza-making competition at the chain’s national convention earlier this month.

The convention was held September 12 through 15 at the Loews Royal Pacific Resort in Orlando.

She competed against 10 finalists in the Fast & Accurate contest and won with an impressive time of 31.71 seconds. Winning the contest also garnered her a cash prize of $2,000.

During the annual convention, Marco’s Pizza presents awards to its top-performing franchisees, operators and corporate support staff members. Joe Jaros, a multi-unit franchisee in Cleveland, Ohio, was named Franchisee of the Year at the event. Tim Brown, an area representative and multi-unit franchisee in Huntsville, Alabama, was honored as the Area Representative of the Year, while Adam Waldrop, a district manager in the Gulf Coast region, received the Operator of the Year award. The President’s Award went to Doug Dawson, director of special projects in Fort Lauderdale, Florida, while April Cooper, a restaurant management system manager, won the MVP Award.

Marco’s has more than doubled in size after opening 500-plus locations in the past five years. The chain’s system-wide sales have increased at an average of 27 percent per year during that period, with six straight years of same-store sales growth.