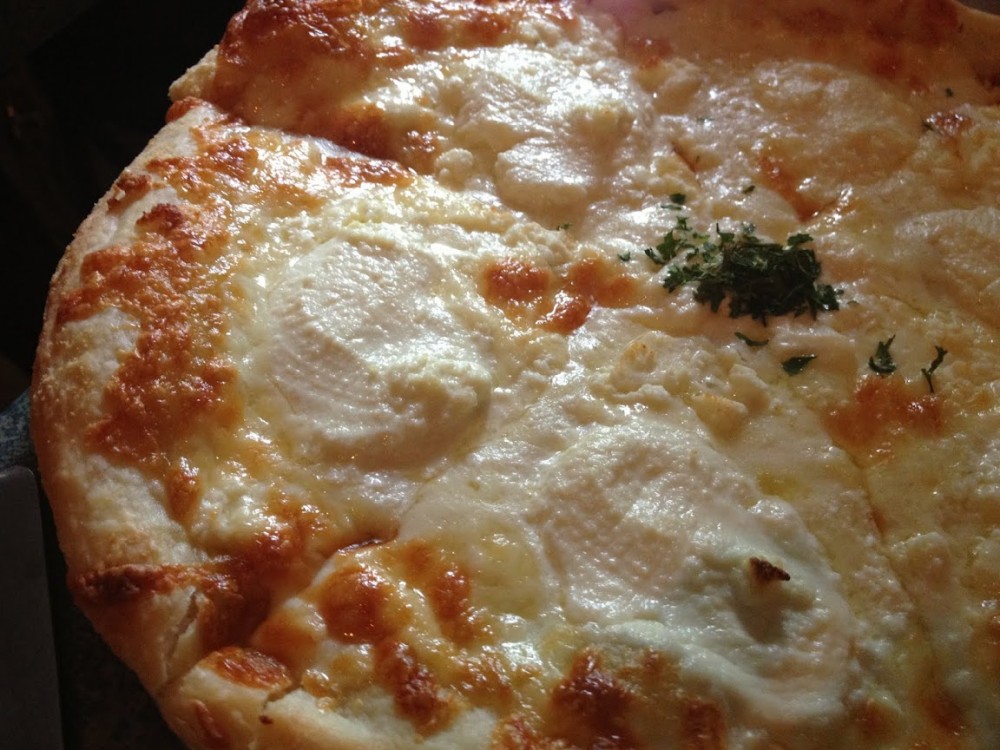 One of Canada's biggest treasures — Amelia's — was back in business after what MTLblog.com calls a sad couple of pizza-deprived months in the McGill Ghetto in Montreal. The restaurant, founded in 1985, officially reopend March 24.

The Montreal web site's Max Joseph reports, in honor of the return of the beloved White Pizza (along with the rest of their delicious menu), he spoke with Jennifer Scodras, owner of the restaurant, to learn more about it and its history. Many of the elements which make the restaurant as cherished as it is today were present in its original incarnation, including the White Pizza (pictured). Scodras’s father had a particular affection for cheese, and his feelings led him to test out different combinations until he came up with the immortal five cheese blend which still adorns the wonder that is the Amelia’s White.

Read more about the fascinating history of this Canadian masterpiece and the Great White that sets it apart.