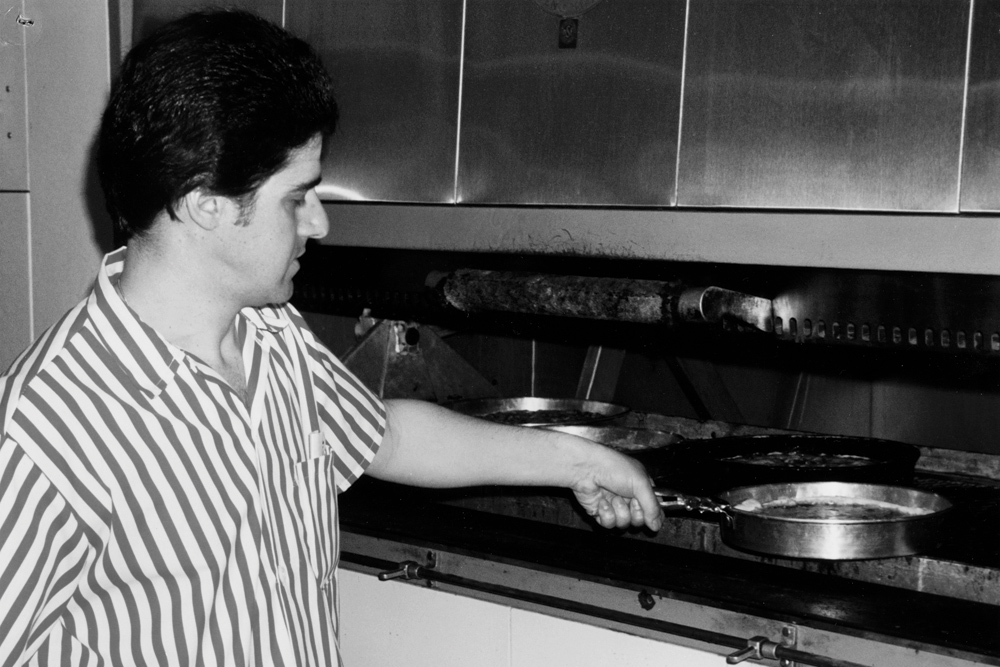 On June 1, 1963, Jim Stolfe purchased a little food stand from Connie DeGrazia on Chicago’s South Side. He left the Connie’s name on the storefront and started serving up pizza from a dough recipe he developed, incorporating techniques learned from his grandmother and a local neighborhood baker. In less than a year, Jim offered up his prized 1962 Oldsmobile Starfire to purchase the first Connie’s Pizza (conniespizza.com) freestanding storefront, which proved to be a smart gamble —through the new location, Jim quickly became an accidental pioneer in pizza delivery. “There weren’t too many places doing delivery back then, so my father put pies on trucks and sold to people sitting on stoops in the neighborhood,” recalls Michael Stolfe, son of Jim and president of the company (his brother, Marc, operates the frozen and retail divisions). “Originally, the trucks were for advertising, but by the late ’70s and early ’80s, we were known for selling pizzas from our little red trucks at Soldier Field, McCormick Place and local stadiums.”

Connie’s also expanded by adding brick-and-mortar stores in the late ’70s, branching out into the suburbs, and entered the retail and frozen markets in the late ’90s, which evolved from selling pizzas to local hotels in downtown Chicago. Today, the company enjoys a 15,000-square-foot headquarters and a robust catering business, but its two locations opening this year (bringing the total to eight) have a different twist: In addition to selling the pan pizzas Connie’s is known for, they will incorporate wood-burning ovens for the first time. “With the wood-burning ovens, we stay true to our brand but offer an enhanced experience,” says Michael. “You can’t stand still or make mistakes in this business, and you have to work harder to make money—you have to stay on top of your game.”

However, when asked for the true secret to Connie’s longevity, Michael sums it up in one word: passion. “In this business, if you don’t love what you’re doing, you’re not going to be successful,” he says. “When you’re passionate and cook with love, it’ll show through in the product.” –Tracy Morin