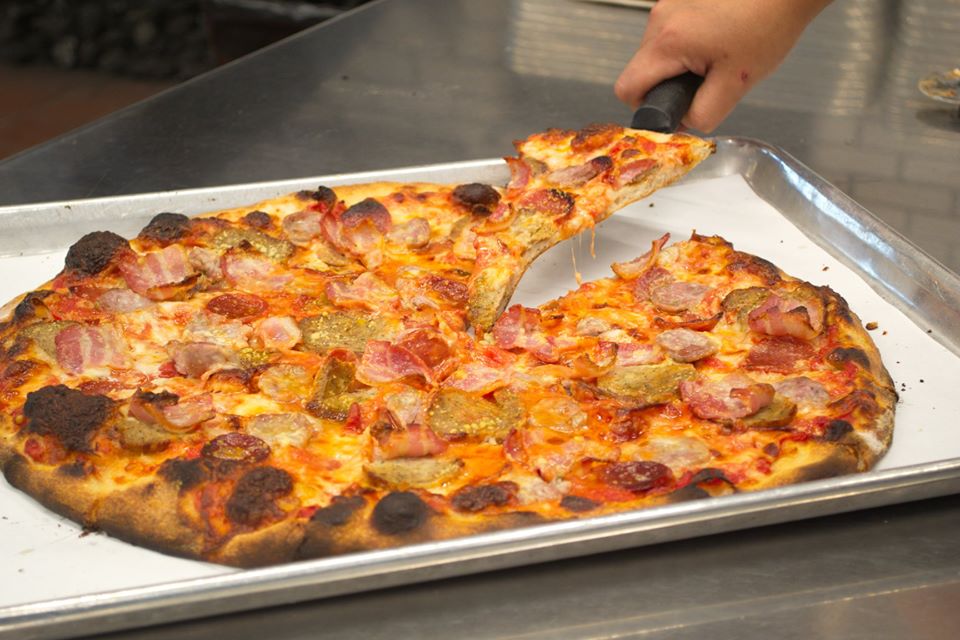 Frank Pepe Pizzeria Napoletana is one of Connecticut's most famous pizza shops.

Call it the Pizza War Between the States. After New Jersey declared itself the “pizza capital of the world” last week, Connecticut fired back with a similar brazen claim—and topped it off with a few choice insults to the Garden State.

On Thursday, Feb. 6, New Jersey’s official Twitter account made a bold—and some would say outrageous—statement: “This Sunday in honor of #NationalPizzaDay we will be declaring NEW JERSEY: THE PIZZA CAPITAL OF THE WORLD.”

Evidently, that boast gave Connecticut Governor Ned Lamont a chuckle and prompted a snarky response: “Relax, New Jersey,” Lamont tweeted on his own Twitter account. “I will proudly proclaim Crimped Hair Day, Wearing Socks With Sandals Day and Don’t Pump Your Own Gas Day in your honor. But Connecticut is clearly the Pizza Capital of the World.” 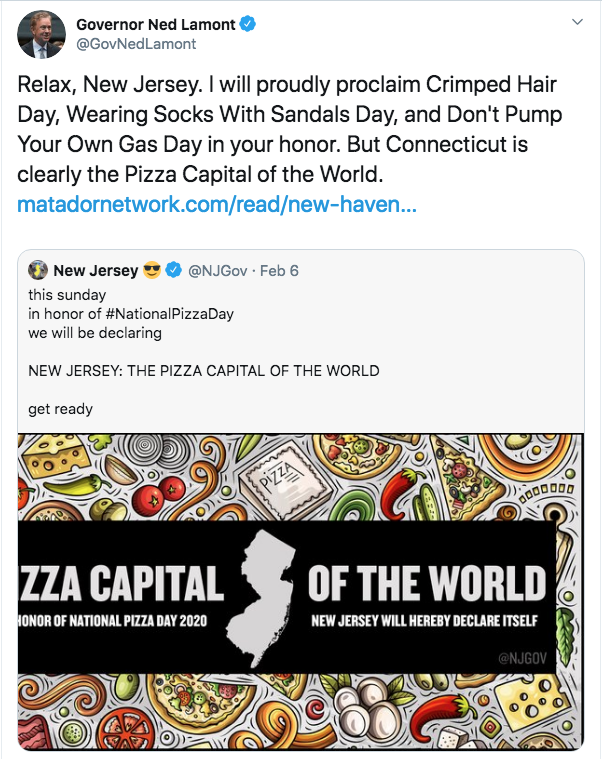 Connecticut-born filmmaker Gorman Bechard, director of Pizza: A Love Story, laughed “loudly” at New Jersey’s claim, according to the New Haven Register. “In a world where we are filled with delusion and people think much more of themselves than deserved, that New Jersey might be the pizza capital of the world is quite possibly the greatest delusion of them all,” Bechard told the newspaper.

New York, the home of iconic pizzerias like Lombardi’s, John’s of Bleecker Street, Totonno’s, Di Fara Pizza and Patsy’s (to name a few), apparently doesn’t felt the need to respond to either challenge. But we’re a bit surprised that Pennsylvania hasn’t stepped into the fray. It’s the home of Old Forge, a town of 8,300 people that has long billed itself as the pizza capital of the world. Old Forge has its own famously distinctive pizza style, featuring a breadlike crust with a chewy center, a crispy bottom and a sauce that tends to be a little sweet and chunky, made in rectangular metal pans. Every Old Forge pizza shop uses its own proprietary signature cheese blend.

“The [Old Forge] cheese blend is the big secret,” Jim Mirabelli, who writes about the northeastern Pennsylvania pizza scene in his popular NEPAPizzaReview.com blog, told PMQ last year. “A lot of it is processed cheese. You’ll see Coopers, cheddars, American, maybe a brick. I’m only speculating, because no one has ever told me what their cheese blend is. I don’t think a recipe exists. It’s probably in the owner’s head. Each blend is so unique and brings different flavors. That’s really what makes the pie.”