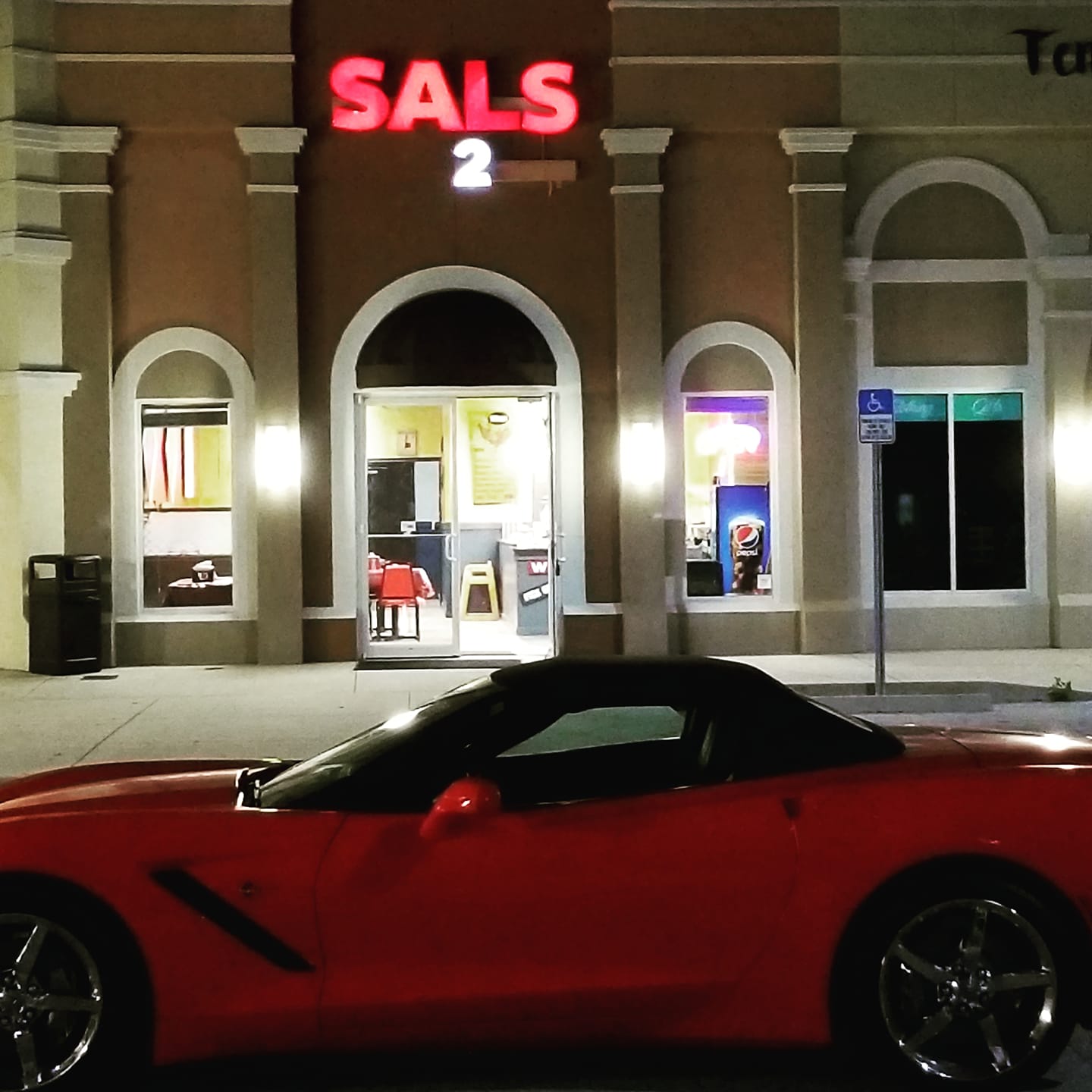 Phillip Imperi was feeling “kind of sad” as he gazed out the window of his restaurant, Sal’s Pizzeria 2 in Lakeland, Florida, in late March and saw customers lined up outside local chains while his own shop sat mostly empty.

Worried that he would have to close his shop and lay off his staff because of lost business from the coronavirus pandemic, Imperi vented his frustrations in a Facebook post—and soon ended up getting more business than he could handle as well as some coverage by a local TV station. In return, he paid it forward by feeding healthcare workers on the frontlines of the coronavirus crisis.

Imperi’s March 29 post went viral on Facebook, garnering more than 2,000 shares, 892 reactions and 595 comments. As he explained to a local ABC News affiliate, his sales had dropped from around $10,000 a week to $6,000 a week. “I was feeling down about it because the week that there was nobody here [to order pizza], I was like, wow, how do I tell my crew they’re fired or laid off?” 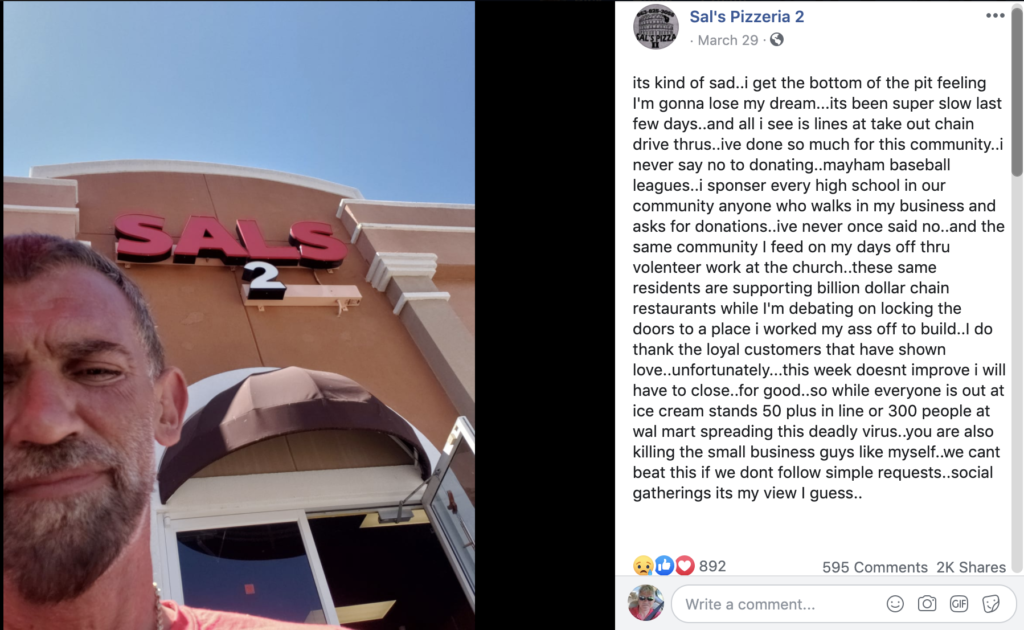 In the post, he lamented that the community he had long supported wasn’t supporting him back. “It’s been super-slow last few days..and all I see is lines at the takeout chain drive thrus,” he posted. Imperi noted that he had “done so much for this community,” from supporting baseball leagues and “every high school in our community [who] asks for donations” to feeding the hungry at his church on his days off. “I never say no to donating,” he wrote.

“These same residents are supporting billion dollar chain restaurants while I’m debating on locking the doors to a place I worked my ass off to build,” Imperi added in the post. “[If] this week doesn’t improve I will have to close..for good.”

Things did improve—quickly, in fact. The post went up at 1:35 p.m. on March 29. Before long, as it went viral, all three of his phone lines were ringing off the hook and, by 6:42 p.m., he was back on Facebook, announcing that he had to close early after running out of dough. “I just finished crying!” he said in the second post.

His sales actually tripled for the week, he told the local TV station.

To show his appreciation, Imperi prepared nearly 400 servings of baked ziti and delivered the food to Lakeland Regional Health. He said he chose that hospital because his first wife, who died of cancer, underwent treatment there and “they treated her like gold.”