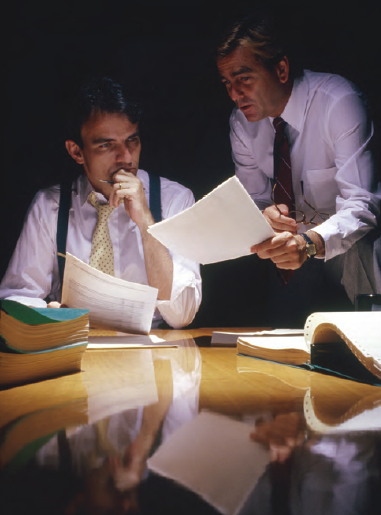 I was recently asked to represent a restaurant owner in a case against the Internal Revenue Service. The owner operates five restaurants, each in a separate S corporation, with the operations being individually reported on his personal tax return. In addition, he purchased the buildings for each restaurant individually and rents them to his S corporations, reporting rental income and expense. The aggressive issues coming out of this audit were representative of the environment restaurant owners can be faced with if selected for a random audit.

First, the restaurateur was randomly selected for losses from rental activity on his personal tax return. The auditor requested lease agreements from the entities where the rental income was being reported. The goal was to match up rental income per the lease agreement, to payments received in the rental property checking account, to rental payments made from the S corporation entities being reported as rental expense. Since there was only one checking account for all rental activities, we had to prepare an exhaustive Excel spreadsheet that clearly identified all deposits by the rental property that were made into the checking account for that tax year. The taxpayer had refinanced several of the mortgages that year, so you can imagine the time it took to specifically reconcile all deposit activity and transfers entered into the bank accounts for fi ve properties for a tax year three years in the past!

Quick Takeaway: At the end of each tax year, ensure that your CPA prepares a bank deposit audit that matches the income and expenses between related entities. In an IRS audit, the auditor is required to investigate sources of rental income if they come from related parties, as they did in this case (from personally owned S corporation entities operating the restaurants). Also, as confusing as it can be to keep separate checking accounts, be very disciplined to not deposit any funds not related to that activity. The IRS auditor challenges all deposits as unreported income until the taxpayer proves otherwise that there is a difference.

Secondly, as can be expected, one of his restaurants was underperforming and reported net operating losses. These losses were funded by profits from several of the other entities—basically, by distributions from his profi table S corporations and direct capital fund injections to the poorly performing store. The tax issue was the deductibility of the current-period taxable loss reported on the individual’s tax return from the poorly performing store. The IRS was able to open up this tax issue in addition to investigating the rental income and expenses reported, since the taxpayer owned a related-party entity that generated rental income (the S corporation). The IRS auditor wanted to ensure that the profitable entities were not just transferring monies directly to the unprofitable entity, since this does not allow the restaurateur to deduct the losses on his individual income tax return.

Quick Takeaway: There is a concept called “commingling of funds” that is a target to audit the substance of these transactions between related parties. Separate accounting is required for each activity, preferably through separate checking accounts. The method that auditors utilize to identify discrepancies is through a bank deposit audit, reconciling all bank deposits and requesting the taxpayer to identify each deposit. Related-party transactions create related issues and are targets to investigate on your personal tax return. Ensure your CPA is provided a road map of all related-party transactions and a detailed stockholder basis worksheet of monies funded and transferred between related entities.

Finally, the IRS auditor prepared a bank deposit audit on the restaurateur’s individual bank account to determine if unreported income existed. After an initial interview with the taxpayer, it was represented that all income from all sources was reported. We were required to identify all bank deposits for the entire tax year that were deposited into the restaurateur’s bank account to pay personal bills. Wages, dividends and, yes, rebates from distributor vendors were some of the major deposits. Unusual deposits were distributions from the S corporations and a few rental checks that were incorrectly deposited into the personal checking account versus the rental checking account. Interest earned and gifts from other family members had to be identified to ensure all deposits were reported for income tax purposes.

Quick Takeaway: At the close of each year, take some time to create an Excel worksheet and identify all bank deposits from all of your bank accounts for the tax year. A better practice, which we advise for all of our clients, is to perform this task monthly. This will provide the road map regarding any money transfers to entities owned by the restaurateur during the year, especially when calculating deductibility of business losses.

The good news is that we exited the audit with a “no change” ruling, which means no tax adjustment. After 25 years of performing audits, I have never seen routine audits become so exhaustive regarding the web of information the auditors request in search of additional unreported monies. With employees not showing up, distributors not delivering, customers complaining and sales fluctuations, accounting and taxes are probably at the bottom of your priority list, but your CPA usually has some downtime over the summer months, and a reduced-fee analysis of your situation might be in order to shore up any documentation that might be missing.