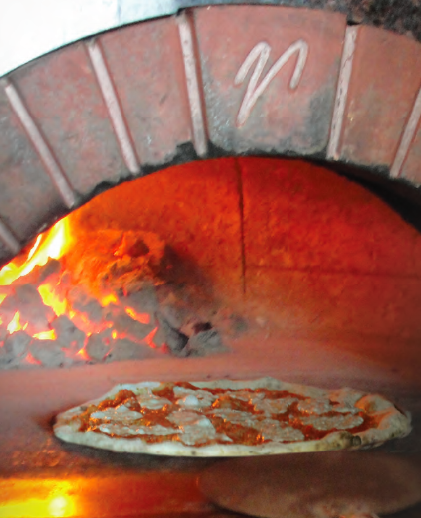 In search of pies like they got back home, Chicago residents Bill Carroll and J. Spillane became pizza pioneers and created their own style of pizza.

In Chicago, the deep-dish pizza reigns supreme. So when two entrepreneurs with roots in Massachusetts conceived the idea of a New England-style thin crust pizza joint in the heart of Chicago, they understood the possibility of being regarded as interlopers in the deepdish kingdom. Their pizza, however, has hardly been given an unwelcome treatment; instead, Chicagoans have accepted their slender crusts with open arms and healthy appetites.

Bill Carroll and J. Spillane opened Coalfire (coalfirechicago.com) in 2007 with a shared craving, one that dates back to their formative years in Massachusetts. “We wanted pizza like home,” Spillane admits. Carroll and Spillane, who have both resided in Chicago for more than a decade, searched in vain for years, looking for a pizza that could evoke the thincrust, bready pies they grew up eating.

“The thin crust in Chicago was very different than what we were used to,” recalls Carroll. “It was almost like the pizza was on a cracker.” Nostalgic and unfulfilled, Carroll and Spillane realized that the only way they were ever going to get their kind of pizza in Chicago was to make it themselves.

From the beginning, the idea of starting a pizza restaurant together seemed like a perfect idea. Carroll would take care of the business side of the enterprise, while Spillane handled the pizza making ﻿duties. “Pizza is the only thing I know how to make,” Spillane confesses. Meanwhile, Carroll says his business know-how comes from watching his family’s involvement in private enterprise. The harmonious rapport between Carroll and Spillane has proven to form a successful business relationship. And, although the duo met only a few years ago while Spillane was working as a bartender, their origins are strikingly parallel: Spillane says that as a child he often visited an amusement park owned by Carroll’s family in Springfield, Massachusetts.

A thin-crust pizza in a deep-dish city is a novel idea, but the aspiring restaurateurs knew that they needed something else unique to attract customers—some way to make a pizza that Chicago had never seen or tasted before. Simultaneously, the first decision Carroll and Spillane had to make involved choosing what kind of oven to use for their restaurant. “We didn’t know whether to use gas, wood or coal,” Spillane says, “but in the end, coal was just the best hook.” Their cooking method, which the name “Coalfire” aptly pays homage to, is a first for Chicago—surprising when you consider the dizzying amount of pizzerias in the Windy City—and the coal-fired brick oven provides an honorable tribute to places like Totonno’s in Brooklyn and the coal-fired pizzerias of New Haven, Connecticut.

The 800°F heat from the brick oven, coupled with a meticulous and tiresome trial-and-error process as Spillane created both the dough and sauce recipes, spawned a style of pizza that the duo likes to refer to as “American Neapolitan,” a hybrid of pizzas from Naples and the American Northeast, seasoned lightly with down-to-earth Chicago attitude. In order to preserve the idea of the American Neapolitan, Coalfire uses all American ingredients, with the exception of anchovies and olive oil. Spillane points out that even the coal is a distinctively American product, usually coming straight from the mines of Southern Illinois or Kentucky.

Carroll and Spillane are quick to emphasize that Coalfire is first and foremost a pizza restaurant; the menu is dominated by an array of specialty pizzas, such as the Fiorentino (with hot salami and roasted red peppers) and the Napoli (with anchovy filets). Calzones and salads are available, but the pizza draws the crowds. All pizzas at Coalfire are 14’’ and typically serve two people. Basic toppings, such as Italian-style meats and fresh vegetables, are offered, although both Carroll and Spillane recommend the Margherita for those who are having trouble deciding. “The Margherita is what we started with; we wanted to make that one good and then grow from there,” Carroll notes. The traditional red, white and green Margherita is Coalfire’s bestseller for a reason: The recipe starts with Spillane’s homemade dough, which is first layered with fresh mozzarella and then topped with Coalfire’s signature sauce and finally fresh basil (the application of cheese and sauce are in inverse order to protect the desired crispiness of the pizza). Then the magic happens when the pizza gets baked, as the intense heat of the coal-fired oven cooks the pizza with extreme speed, usually taking no more than three minutes to complete. The crust, freckled with char marks from the oven’s high temperatures, has a crispy exterior and a doughy inside that gives it a pleasantly chewy texture. Because this type of pizza is new to Chicagoans, however, the staff and owners have to dole out occasional guidance. Carroll and Spillane assure customers who see the charred crust and fear their pizza might be burnt that it’s merely a by-product of the coal-fired technique. Coalfire also suggests that customers limit their topping choices to three in order to prevent the pizza from becoming soggy in the middle.

On the beverage front, the restaurant offers a variety of foreign and domestic beers, along with a paired wine selection from Perman Wine Selections, a Chicago-based wine outlet; the wine is heavily marketed on Tuesday nights, when patrons receive half off their bottles. Coalfire also has a variety of sodas and flavored teas for teetotalers. The pizzeria does not accept reservations or provide delivery, but it does offer carryout when the oven is not occupied by pizzas for patrons dining in the restaurant. During busy times, such as the weekend dinner service, carryout is temporarily suspended so the sizzling hot oven can catch up to in-house demand. 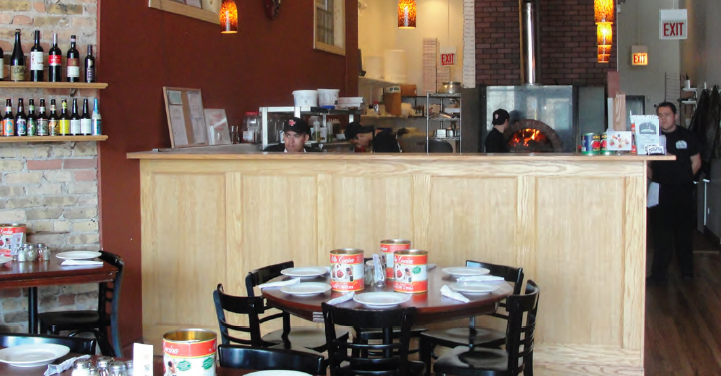 From its opening, Coalfire has been a hit with Chicagoans and tourists alike, but Carroll and Spillane admit that they were totally unprepared for the initial swell of customers. “We opened up the doors on the first day, and we got absolutely crushed,” Spillane remembers. Since then, a healthy supply of positive word-of-mouth advertisement has proven to be a beneficial marketing tool for Coalfire. Although the operators have placed one advertisement in Chicago’s UnScene Magazine, Coalfire has garnered most of its attention online among food bloggers and pizza enthusiasts. Coalfire is also a stop on the Chicago Pizza Tours, which offers visitors the chance to get a taste of some of the pizzas the Windy City has to offer. Coalfire even occasionally shows up in local bars as a very welcome late-night treat, courtesy of Carroll and Spillane. After such a rapid-fire three years in business, expansion is also in the works for Coalfire. Carroll and Spillane say that they first want to try to install a second oven in the kitchen, but if that proves impractical, a second location that serves only takeout could be the next logical step. 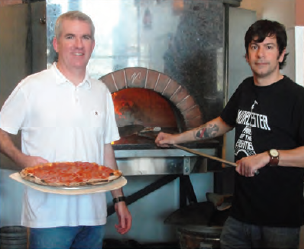 Although Coalfire is undoubtedly a pioneer in Chicago pizza culture, Carroll and Spillane are modest in the appraisal of their own restaurant when compared to the pizzerias that inspired Coalfire. When customers ask if Coalfire’s pizza can compete with the likes of coal-fired pizzerias in New York and New Haven, Connecticut, the owners humbly evade the question and leave the judgment to the customer. “We definitely can’t compare rèsumès to those places; we just make pizza the way we like it,” Carroll says. The co-owners’ humility mirrors the unpretentious and casual atmosphere of the restaurant. The interior, though not completely spartan, is minimal and relaxed. Fresh pizzas come straight from the oven and are placed on platters balanced on large tomato cans in front of waiting patrons. The preparation area and oven are visible for customers who are curious about how the coal-fired process works. In other words, just because Coalfire is serious about pizza doesn’t mean it takes itself too seriously. After all, Carroll and Spillane affirm, it’s just a pizzeria at heart.

Coalfire is the perfect spot for those who seek something different than traditional Chicago pizza; it’s the essence of the American pizza place, born out of a single idea and a lot of hard work. But the owners know where they stand on certain pizza “rules”: If a customer asks for a pizza cut into squares, they might end up with a pizza not cut at all. When asked about this pet peeve of the co-owners, Spillane stresses that a pizza cut square is simply unnatural. “The crust is the perfect handle to the pizza,” he emphasizes. “Why would anyone ever mess with that sweet engineering?”

Carroll, whose allegiance also lies totally with the triangular cut, says with a tongue-in-cheek somberness, “We simply cannot be responsible for square pizza.”